We present to you the Xiaomi Mi-2, a new device from Xiaomi. It was announced on August 2012 and released in November 2012, it also comes along with lots of nice features like a nice RAM, fair cameras and a host of other specifications. 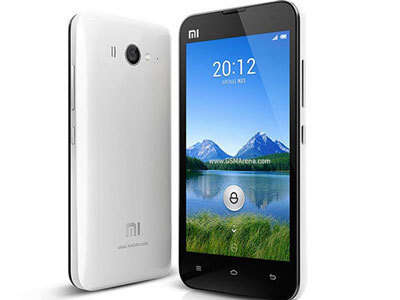 Don’t get it twisted, this device also comes with little flaws, so you don’t start thinking it is all good with this smartphone. Just keep reading to see all the specifications that make this device unique.

This device has a plastic body build and also has a well-rounded edge that gives you that comfortable feeling when holding it in your hand.

On the front of the Xiaomi Mi-2, you will find the screen, a selfie camera and the speaker for calls. Meanwhile, there is a power button and the volume rockers by the right-hand side of this device. This device also arrives with a 3.5mm jack on the top of this device, while at the bottom is where the charging port seats.

The Xiaomi Mi-2 comes along with a 4.3 inches IPS LCD capacitive touchscreen with 16M colors. And also comes with a resolution of 720 x 1280 pixels and has a 65.2% screen-to-body ratio.

The Xiaomi Mi-2 comes along with an 8 MP primary camera, that has a  f/2.0 aperture and 27mm (wide), AF. The main camera also comes with a LED flash and HDR. It is also capable of recording video [email protected]

On the front of the Xiaomi Mi-2, you will find a 2 MP selfie camera, that can record videos [email protected] The selfie camera does not feature any LED Flash, but the camera produces nice images.

The Xiaomi Mi-2 features a performance that is supposed to be very okay for a normal mobile user. This device runs on the Android 4.1 (Jelly Bean) Operating System which can still be upgraded to 4.4.4 (KitKat).

Our newly released Xiaomi Mi-2 comes equipped with a 2000 mAh Removable Li-Ion battery. The battery does not support any wireless or fast charging technology.

The Xiaomi Mi-2 comes in with a tag price of about $285 which is approximately 103,500 Naira. You can also purchase this device from some online stores or any Xiaomi distribution outlet within your region.

The Xiaomi Mi-2 comes along with moderate specifications that are supposed to offer proper satisfaction to any normal smartphone user. Despite being a nice phone with lots of nice features, I think that the price at which this device is sold for is not competitive.