Let’s make welcome the Xiaomi Mi 2s, another amazing smartphone from one of the fastest private growing Android manufacturers who is becoming well known for coming up with stylish and powerful smartphones at a very competitive price. 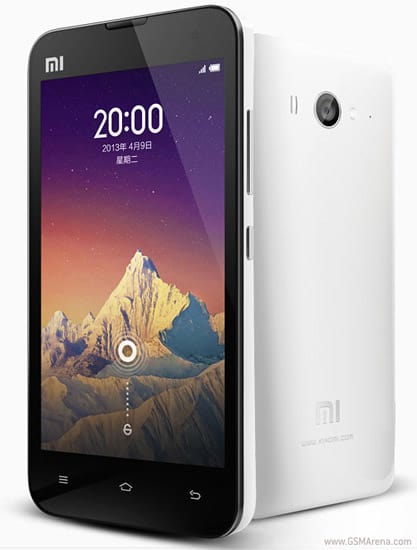 The Xiaomi Mi 2S was announced and released on April 2013. This smartphone comes in with a 4.3-inch HD screen and a powerful 8 megapixels camera. Just follow my lead, while I show you all the selling point of this wonderful smartphone.

One good thing about the design of the Xiaomi Mi 2s is that it comes with a strong body build. The smartphone houses a 4.3-inches screen and the front is protected with a Gorilla Glass, popularly known as the Dragon tail glass in the Japanese market. The has an impressive resolution of 720 x 1280 pixels that offers you a retina display quality at 342 pixels per inch.

At the back of this device, you will find the primary camera, a LED Flash, a loudspeaker and the company’s logo that is close to the bottom of this device. At the front of this device is where you see the selfie camera, the screen and the speaker for calls.

Also, there is a power button and the volume rocker at the right-hand side of this smartphone. Below this device is where you can see the charging port.

The front of this smartphone arrives with a 2 MP camera for a selfie. It didn’t come with a flash and it is capable of recording video [email protected]

The Xiaomi Mi 2s runs on Android 4.1 (Jelly Bean) which can be upgraded to 4.4.4 (KitKat). This smartphone also arrives with the Qualcomm APQ8064 Snapdragon S4 Pro chipset and uses the Quad-core 1.7 GHz Krait 300 processor.

The Xiaomi Mi 2s comes equipped with a 2000 mAh Removable battery. The Removable battery makes it easier to swap in case you are going on a long distance and want to carry an extra battery.

Xiaomi made claims that the battery can offer you;

The Xiaomi Mi 2s comes with a price tag of 280 USD which is equivalent to 101,100 Naira. For all those who want to purchase it but don’t know where to get it, you can visit some online stores or any Xiaomi distributor around your area.

The Xiaomi Mi 2s is indeed a nice smartphone that is sure to meet all your basic needs that a smartphone can offer. It comes with a nice RAM, a nice processor that enables a lag-free performance. Also, the removable battery seems to be an advantage for me, because I can easily swap batteries.