Xiaomi Mi 4 LTE is a new device that is line up in the Xiaomi line of phones, Xiaomi seems to be having great success in the market as of recent, I won’t be shocked, the reason behind all of this success is the quality and the service which they offers to its users, Mi 4 have already be announced early before the LTE version, the smartphone comes with some excellent specs with not so high price. The latest smartphone is the successor of Mi 4 and labeled as Xiaomi Mi4 LTE. 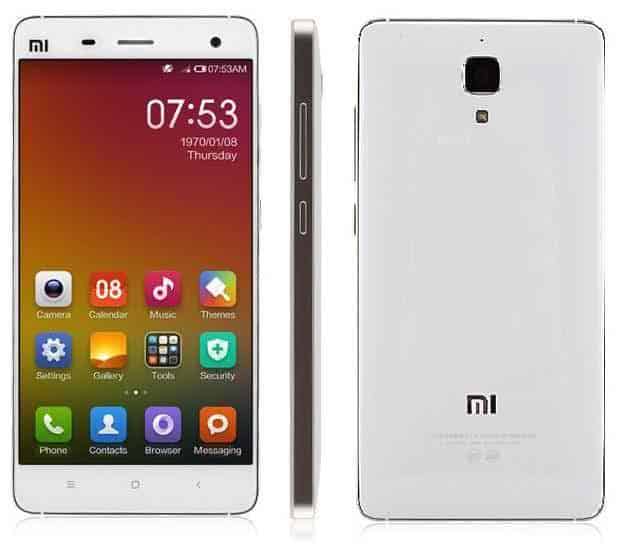 Xiaomi Mi4 LTE is designed with an aluminum premium body which is 140g and is 139.2×68.5×8.9 mm thick. And also rocks 5 inches Full HD 1080p IPS display which has 441 PPI pixel density. It have the sleek and stylish design like that of the iPhone which you will definitely want to feel.  The panel is pretty much easier to grip and hold in hand. The back side of the phone is not accessible, which makes the battery also inaccessible too.

The Smartphone Xiaomi Mi 4 LTE took it slight design from the Apple’s iPhone, but it also possesses plenty of features that let it stand on its own,  It runs on Android 4.4.2 KitKat and is powered by a Qualcomm MSM8974AC Snapdragon 801 Chipset krait 400 CPU processor clocked at 2.5Ghz to give some furiously fast and the speeds which you have never felt before. Mi 4 LTE has 3GB of RAM and an Adreno 330 GPU to couple its processor. It has 16GB of internal memory which is not up-gradable because it has no card slot and it has 3080mAh battery capacity to give you the 2 days on battery backup and it is non-removable Li-ion battery.

Xiaomi Mi 4 LTE has an awesome 13MP rear camera having the features like HDR, face and smile detection, autofocus, a Geo-tagging camera with dual-LED flash, 1/3” sensor size, panorama. The 13MP rear can record 2k HD videos that are [email protected] Also, it has an 8MP front camera with led flash to take clearer selfies and video calling and can record full HD videos that are [email protected]

The Xiaomi Mi 4 LTE supplies awesome performance, a great camera, and good looks at a low price. But the lack of microSD card slot could be a deal breaker for some.