Today we shall be discussing the newly announced smartphone that has been making sells like hotcakes in its homeland. I present to you the Xiaomi Mi 8, for those of you who have not heard of this smartphone it is Xiaomi’s most recent leading model and it seems to be launched in celebration of the company’s 8-year anniversary. 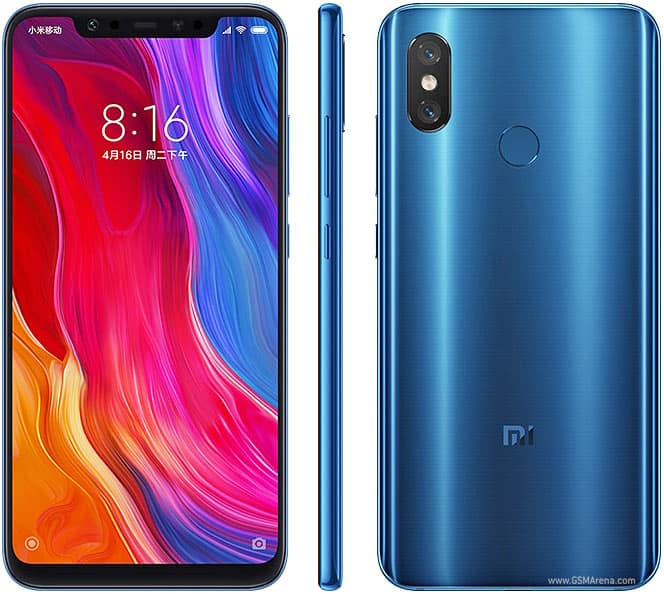 The Xiaomi Mi 8 comes with great features like its 19-ish-to-9 tall screen and its notch just like everyone else has. This new device also comes with an infrared face recognition camera, which is almost what only a selected few Galaxies can proudly boast of.

So, read on to know more about the Xiaomi Mi 8, like the design, specs, features, price, release date and so much more.

Let us get down on the design section of the Xiaomi Mi 8. Apart from most smartphone manufacturers like the NEXes and Find Xes, it’s now becoming more harder for most of the manufacturers to come up with a smartphone that features a unique design. Luckily, the Xiaomi Mi 8 comes with such a stand out feature and it even gets better with its black color.

At the back of this device is seated a logo and a fingerprint scanner, that has been positioned in a way that makes it easier to locate by feel and it is very fast. Also at the back, this device is an elegant camera seated next to the frame and feated with two LEDs in the flash.

Coming to the front side of this device, you will find an infrared camera that makes the face unlock feature possible, coupled with an illuminator that is placed in the notch. The face-unlock works even in the dark.

Apart from the infrared camera that aids face unlocking, there is a presence of the usual front-facing camera for selfie, coupled with proximity sensors, ambient light, the notification LED and the earpiece. The Xiaomi Mi 8 doesn’t come with the usual dual speakers.

The power button of this device is on the right side seated a little bit above the middle point which is easier to reach with your left index finger or your right thumb and above it is seated the volume rocker. The frame of the Xiaomi Mi 8 is made up of the aluminum 7000 series, coupled with its nice satin finish.

There is no 3.5mm jack. The USB-C port is placed at the centered-bottom of this device, meanwhile, the loudspeaker is at its right behind the other grille is seated the primary mic, though the device still features an extra mic on top.

The Xiaomi Mi 8 doesn’t have any water or dust resistance because there was no IP-rated and there is no storage expansion.

The Xiaomi Mi 8 arrives with dual rear cameras, which seems to be the flagship trend.  It features the same normal+telephoto 2x zoom configuration, just like the Mi Mix 2S, itself an updated version of the one on the Mi 6.

The above statement simply means that this new device houses a 12MP primary shooter with 1.4µm pixels and with dual pixel phase detection autofocus. The f/1.8 aperture lens is also stabilized. But things are no the same for the telephoto optics, that sits in front of another 12MP sensor with 1.0µm pixels.

The camera modes are arranged in a way that you can change it by simply swiping right and left. There is also a button that is provided for you should in case you want to switch between the front and back camera. Meanwhile, the A 1x/2x button toggles between the main and telephoto cameras. The Xiaomi Mi 8 features toggle for flash mode, AI, and HDR, a set of filters and shortcut to the settings.

You also have a manual mode that you can easily set to your taste, you can even adjust white balance (presets and light temperature), even pick a shutter speed (1/1000s to 16s) and ISO (100-1600). There also room for you to set your own focus (in 1-100 ‘units’ between close-up and infinity) and you have been provided with a focus peaking that can assist you with that. The 1x/2x button has been replaced by a ‘lens’ selector that has a ‘wide’ and ‘tele’ options.

Peeping inside the Mi Mix 3 notch is Xiaomi’s quasi Face ID system, which is made of an infrared illuminator and camera which purpose is for facial recognition and it works super fast with just a difference in speed in dark environments.

Though the Mi Mix 3 face ID is great for security purposes, yet it is not as secure as the fingerprint sensor and luckily for us, this smartphone features the both.

Xiaomi Mi Mix 3 MIUI also offers proprietary Gallery, Video, and Music player. If your device is running on a Chinese ROM, the Video and Music app will allow you access to local (paid) streaming services. There are also tons of handy apps that come pre-loaded, like the barcode/document scanner, voice/screen recorders, compass/level, notes, the file manager.

The Xiaomi Mi 8 comes with a 3,400mAh battery and unlike the Mix 2S, the Mi 8 did actually post excellent numbers in our tests. We were able to get fourteen hours of video looping, which we think should be enough for all, meanwhile, we were also able to get 11 hours from surfing the web and at the end of everything, the Xiaomi Mi 8 was able to gather 86 hours for overall Endurance rating.

During the advertisement section, the Mi 8 was projected to support QuickCharge 4.0+, nevertheless, we are yet to see a charger that supports their claims. The Xiaomi Mi 8 comes with a QC3.0 charger that gets you 0 to 100% in 1:35h. The device doesn’t support any wireless technology, despite the glass back that it features.

The Xiaomi Mi 8 is available on shopping stores or most online stores in your region, and it is going to be sold for $420, which is approximately (N153,400) in Nigerian currency.

The Xiaomi Mi 8 is a great smartphone that features lots of flagship specs like its large screen for movie and game lovers, longer battery life, great camera and lots more. The Xiaomi Mi 8 is just a perfect device to crown the company’s 8-year anniversary.