Mobile manufacturers have now learned how to release smartphones with better specs than their current flagship, usually bearing the moniker “Pro” or “Plus”. But, Xiaomi seems to be different from those manufacturers, as the fast-rising mobile manufacturer announces their smartphones, Mi Note and Mi Note Pro at the same, though the Note Pro became available a few months later. 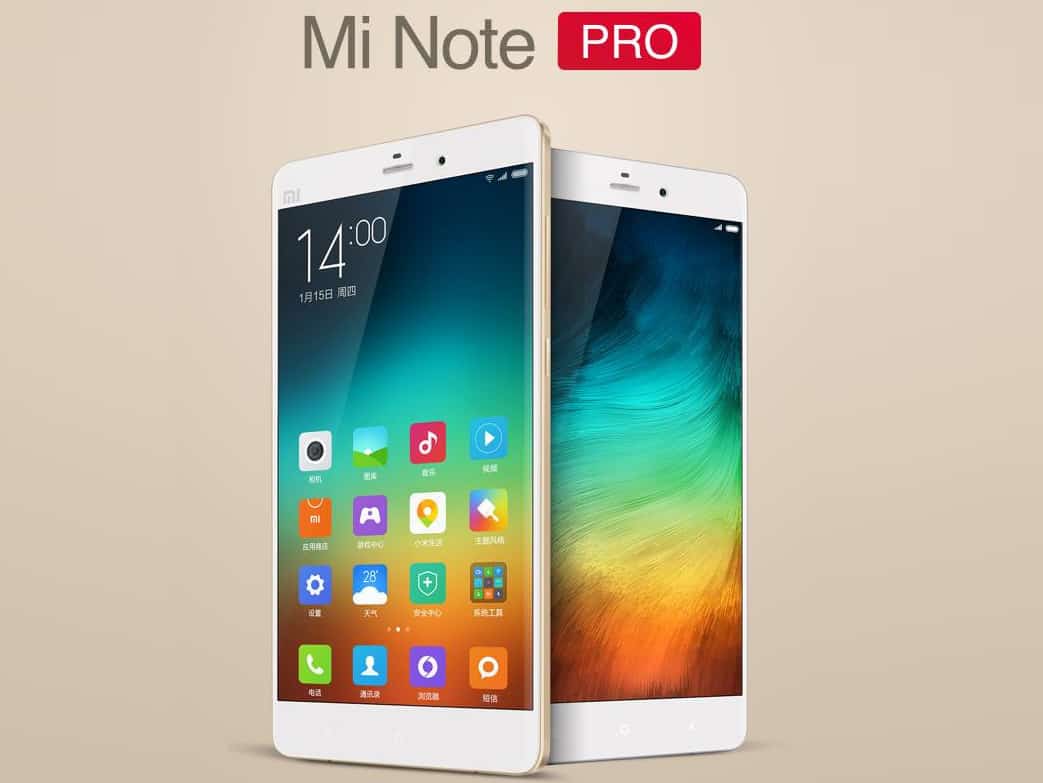 Xiaomi Mi Note Pro comes along with much better specifications than its current flagship, the Xiaomi Mi Note. just keep on reading to see all that this amazing phone which was announced on January 2015, ships in with.

The Mi Note Pro may have been able to come along with superior specifications than it’s predecessor. Nevertheless, when it comes to appearance, things don’t seem to change that much.

The Mi Note Pro has a glass and metal build. The Mi Note Pro comes along with a 2.5D glass in the front and is gently curved to the sides of this device. The various components are held together by a metal frame that has chamfered edges.

This smartphone has a glass panel on the back that makes it feel slippery and tend to be prone to scratches. Nevertheless, the chamfered edges on the metal frame provide you with a nice grip.

This smartphone also comes with a 5.7-inch display and uses the Quad HD resolution and has a pixel density of 515 PPI. This smartphone uses an IPS LCD display.

The Mi Note Pro comes in with a 13 MP rear camera with features like manual mode and panorama, coupled with some other features like Refocus and Beautify, which allows you to refocus your shot after the fact.

The primary camera also comes with the Auto HDR, which help take out the guesswork on when to make use of the HDR. The only place that this camera is having a difficult time is in low light and night time photography.

The camera still supports 4K video recording, while the OIS does a great job of keeping the footage stable when you’re walking around.

The front of the Xiami Mi Note Pro has a 4-megapixel camera sensor with a lower resolution and a larger pixel size of 2 microns. This will enable more light to enter the camera and provide better quality images. If you are the selfie kind of person, be rest assured that the front camera is not going to disappoint you.

The Xiaomi Mi Note Pro uses the Qualcomm Snapdragon 810 processor, clocked at 2 GHz, and is assisted by the Adreno 430 GPU & 4 GB RAM. This smartphone is one of the view devices to use a 4 GB RAM, which is of the LPDDR4 variety. It is said to be almost twice as fast and more power efficient than the older DDR3.

The Xiaomi Mi Note Pro arrives with an internal storage of 64 GB, which unfortunately cannot be expanded.

This smartphone uses the MIUI Operating System based on Android 5.0 Lollipop, though it will be very difficult to find any material design elements in this user interface.

The Xiaomi Mi Note Pro uses a 3,000 mAh battery units, which I think is poor for a device of its kind. But, luckily this device comes along with Qualcomm Quick Charge 2.0, which promises a charge up to 70% in just an hour.

The Xiaomi Mi Note Pro comes along with all the key aspects that every smartphone is supposed to feature and this gives it a chance to stand as a worthy competitor to the multitude of current Android flagships out there.

This smartphone is available to only the people living in China, which means that anyone outside China cannot access this device.