Xiaomi Redmi Note 2 Prime is one of the latest devices from Xiaomi the company is also known as  “the Apple of the East”, the Xiaomi Redmi Note 2 retains the company’s fashion of producing awesome smartphones with decent specs at low prices. The Note 2 prime has been recorded as one of the fastest selling smartphones at all time, having a total of about 1.5 million units in its own city in China in a space of 4 days. Now let us talk about the smartphone. 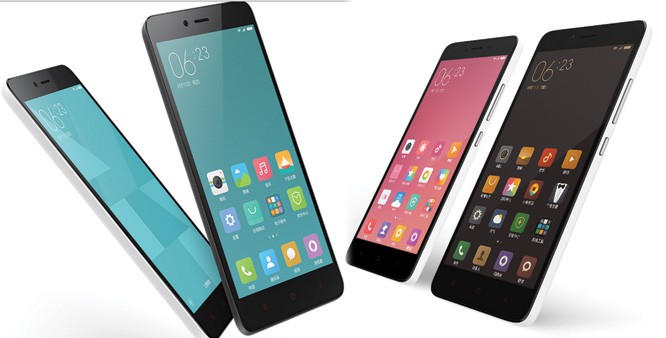 Xiaomi Redmi Note 2 Prime shares many similarities with its predecessor, Redmi Note. It has a two-part construction, with the main body of the handset clipping into a plastic shell that covers the removable 3060mAh battery, dual Micro SIM card slots, and microSD slot.

The facing side of the device is black, apart from the red capacitive action buttons which cover the usual multi-tasking, home, and back Android functions and at the edge, you’ll find the volume and power buttons on the right-hand side. The back panel – which comes in a range of colours – is fashioned from matte plastic and is equally sparse, offering up the camera lens, LED flash, “Mi” logo and speaker grille.

You will also find a 3.5mm headphone jack and IR blaster on the top. The charging socket is also located on the bottom edge and uses a squared-off MicroUSB-A connection.

The Xiaomi Redmi Note 2 Prime is a dual SIM device that accepts Micro-SIM and Micro-SIM and it runs Android 5.0. It supports different Connectivity options which include Wi-Fi, GPS, Bluetooth, Infrared, USB OTG, FM, 3G and 4G (with support for Band 40 used by some LTE networks in India). It has multiple sensors which include Compass Magnetometer, Proximity sensor, Accelerometer, Ambient light sensor and Gyroscope. The Redmi Note 2’s is pack with 3060mAh battery which is removable, allowing users who will want to carry a spare battery to ensure they never end up without a working device.

The thing is that the device is not available for users in Nigeria, if you desire to have the device you have to pre-order it, and also one thing I didn’t find interesting is that Google Play Store might not come pre installed which means you have to do the installation yourself and also you cannot dismiss notifications from the lock screen of the smartphone.