Apple reportedly hit $3tn in market valuation briefly before slightly dipping on Monday, December 3rd, 2021 and it is the first company in history to do so. It has been 3 years since the company first crossed the $1tn mark.

Among all its products, the iPhone which was launched in 2007 by Steve Jobs has been determined to be the largest contributing factor to the company’s tremendous rise in value. The share price has reportedly risen by 5,800% since the iPhone’s launch. 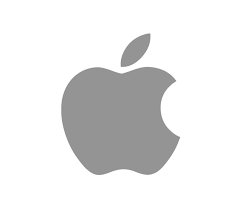 However, the company has made efforts to reduce reliance on the iPhone by introducing video and music streaming services.

Other Apple products like the Macbooks are also widely consumed. In 2021, iPhone reportedly accounted for 52% of the total company’s earnings, a reduction from the 60% reported in 2018.

Since 2020, Apple has seen a huge jump in gadgets consumption and is reported as one of the biggest earners during the pandemic.

There are however worries that it might be hard for Apple to hit the $4trn mark with the products the company currently has in stock. Critics have determined that unless the company launches another major product it may not reach 4 trillion dollars in market value.