When it comes to highly respected computer scientists and Internet entrepreneurs in the world today, Larry Page is one of them. It is no news that he is also one of the very few humans that can claim to have changed the world at 20. Like others before him, Larry also got a million-dollar idea and made the best use of it. Knowing him by name and his invention is one thing, but there is more you should know about this fantastic genius. Here is our list of 20 Things You Didn’t Know About Larry Page: 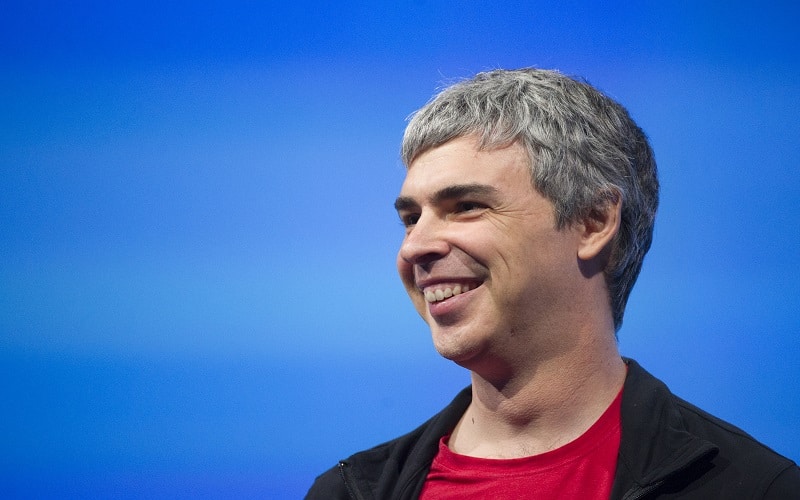 Larry Page, alongside Sergey Brin, invented the world’s most famous search engine, “Google.” Google has more than 300 million users daily, with more than 2 billion searches carried out in 24 hrs, making Google one of the most visited websites on the net.

2. He Is Birthday Mates With Keira Knightley, Diana Ross

His full name is Lawrence E. Page, and he was born in Lansing, Michigan. His date of birth was Monday, 26 March 1973. This means he shares his birthday and month with Alan Arkin, Keira Knightley, Kevin O’ Neal, and singer Diana Ross.

3. He Had A Techy Childhood

His childhood formed his love for all things tech. His mum and dad were fully into the computer science sector, which led to their house is the home of several gadgets, computers and loads of science magazines.

This was how Page developed an interest in science-related things till date. Even in school, as a kid, Larry was the first to submit homework in a word-processed form.

4. His Brother Has Had It Rough

Larry Page’s brother, Carl Victor Page Jr has not experienced the same success as Larry. Carl sold off his co-founded eGroups to Yahoo in the past. He was also in severe financial crisis in 2008.

5. He Does Amazing Things

Larry Page once made an inkjet printer via LEGO Bricks.

6. He Met Sergey Brin On A Campus Tour

Larry Page was a student at Stanford University. He met Brin there in March 1995, when Brin was asked to tour the campus with the new Ph.D. students. Larry was one of them, and the rest is now history.

7. He Did Not Complete His PhD

Larry Page and his pal, Sergey Brin became tight buddies and even began a research project together named – “The Anatomy of a Large-Scale Hypertextual Web Search Engine.” This paper later became the beginning of Google. Shockingly, both Larry and Brin did not complete their PhDs as Google became a massive hit.

8. His First Employee Played a Memorable Role For Google

Larry Page’s first employee for Google was Susan Wojcicki. She was also a Ph.D. student at the time. Her garage was where the new company began operations in September 1998.

9. He Fancies A Good Celebration

When Andy Bechtolsheim invested $ 100,000 in Google, which was the first major investment in the company, Larry Page dashed off to Burger King to celebrate over breakfast.

10. He Detests A Lost Business Opportunity

Larry is known for his “Never lose a business opportunity.” watchword, so it comes as no surprise to find out that when Google was working on a payment plan for its ad system, Larry Page suggested taking goats instead of cash for users in Uzbekistan.

The reasoning behind this was because Uzbekistan did not accept credit cards as a means of payment.

Larry Page and his buddy, Sergey Brin argue a lot. But even though their difference in opinion is a known fact, they do agree on some things. For example, they both hate golf.

12. His Sense Of Smell Is Strong

Google Head Quarters are known to have a powerful air filter system. The reason for this is Larry Page’s keen sense of smell.

13. He Is Careful With His Selection Of Employees

Larry Page is very particular about the SAT scores of any applicant he wishes to hire. He sees this as the most important information when it comes to knowing a potential employee, how intellectually sound they are and how they can fit in seamlessly.

14. He Has A Unique Way Of Thinking

When Google’s focus was their public offering, Larry Page was of the opinion that buyers should undergo a test before purchasing Google stock. The thinking behind this was that he wanted potential buyers to be fully aware of what Google is all about. Unfortunately, the US Securities and Exchange Commission kicked against it.

15. He Had An Expensive Wedding

Larry Page is married to Lucinda Southworth, sister of famous actor, Carrie Southworth. Their wedding took place on a Caribbean island in 2007. The wedding was a costly one as more than 500 guests flew to the Island in a private jet. Stars like Leonardo Dicaprio and Johnny Depp attended the beautiful ceremony.

Larry Page was in a relationship with Marissa Mayer before his marriage to Lucy Southworth. Marissa Mayer is now the president and CEO of Yahoo, which earns her the right to be amongst the Fortune 500 companies.

17. He Had A Strange Relationship With Steve Jobs

Larry Page and Steve Jobs had an on and off relationship. The reason for the unstable friendship was said to be about issues that had to do with Android operating systems.

18. He Made History With His University

The car was involved in 2 races, emerging victorious at the National Championship in Sunrayce 1993 and finishing 11th in the World Solar Challenge. As an Twenty part of history, the car can now be seen at the Museum of Science and Industry in Chicago, Illinois.

19. His Parents Are Learned

Larry’s dad, Carl Page was one of the first few Ph.D. graduates from the University of Michigan. Larry ended up emulating his dad by completing the Bachelors of Science degree in Computer Engineering from the same university. His parents were both professors at Michigan State University. His father was a professor of Computer Science and Artificial Intelligence; his mum taught a computer-programming class at the university.

Larry is currently suffering from a mysterious illness that has made him lose his voice. This sickness has forced him to miss recent annual Shareholder’s meetings put together by his company.