Steve Jobs was a great man. A tech genius. An unbelievable inventor. Plus he had a remarkable personality. You only get to be all this when you live an outstanding life. A life of mistakes, doing things differently, failing, lying, cheating, being hated on e.t.c.So you know what I am talking about, here is a comprehensive list of  20 Things You Didn’t Know About Steve Jobs: 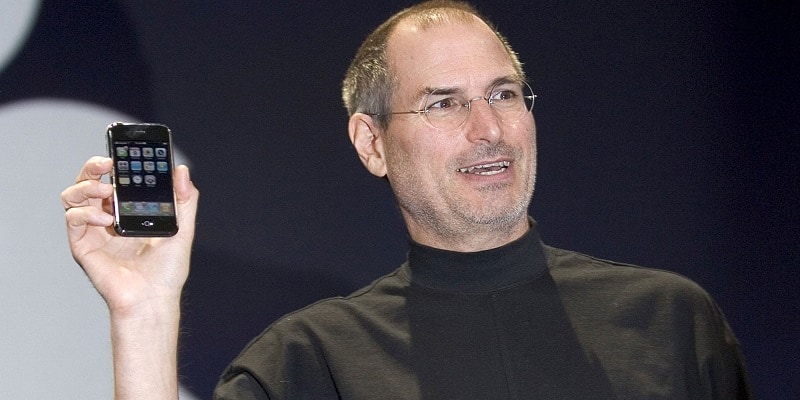 His biological father was Abdulfattah “John” Jandali, a Syrian-born Muslim who was a self-made millionaire who didn’t attend college. Entrepreneurship definitely ran in the family.

2. His Biological Sister Is A Successful Author

Like her brother, Steve Jobs’ sister, Mona is successful as well. But she was no tech genius like Steve, her success came with her being a novelist. Jobs met his little sis when he was 27. At the time, he said, “We’re family. She’s one of my best friends in the world. I call her and talk to her every couple of days.”

3. Steve Jobs Was Offered A Summer Job With HP When He Was 12

While we still saw ourselves as kids when we were 12, Jobs was already getting a job offer from HP. At the time, he was building a frequency counter but did not have the parts. He decided to call up the then-CEO of HP, Bill Hewlett to request for extra parts.

During their conversation, Hewlett offered Steve a summer job at HP— and he accepted. Steve said, “Most people don’t get those experiences because they never ask.”

In 1976, at age 19, Steve Jobs went on a spiritual trip to India. He loved the culture, and even walked around barefoot. When he returned home, Steve continued practicing meditation. Steve later came in contact with Kobun Otogawa, a Zen priest, with whom he would go on meditation retreats. Check out Apple’s clean, simplistic designs, and you will see traces of Zen Buddhism.

His first girlfriend, Chrisann Brennan got pregnant while they lived together but Steve felt it was the wrong time. Apple was just starting too. Jobs began to tell people that she slept around and that he was infertile, just to make sure he does not claim responsibility.

He showed up at the birth of the child and even agreed on the name “Lisa.” but continued to publicly deny being the father, even after a DNA test proved otherwise. Years later, Steve named one of Apple’s desktop computers “Lisa,” but kept telling everyone that it was an acronym. He later admitted that he named it after his daughter.

This happened in 1985. It was as a result of a disagreement between Steve and Apple’s then-CEO, John Sculley. Steve Jobs wanted a price reduction for the Macintosh as he had plans to concentrate on its advertisement instead of the Apple II.

During that period, Mac sales was underwhelming, which Sculley blamed on the software, not the price. The board supported John Sculley and Steve Jobs was relieved of his duties. Steve said he felt like a failure at the time.

7. He Gave To Charity Secretly

Steve announced Project RED years back, in which profit from each Project RED product is donated to The Global Fund and used to assist women and children affected by HIV/AIDS in Africa. After his death, Jobs’ widow shared that they don’t fancy attaching their names to things. Jobs once donated $50 million to hospitals in California.

8. He Once Sued A 19-Year-Old For Writing About Apple Products

19-year-old Nicholas Ciarelli was sued by Steve Jobs for having an unknown inside source and writing about Apple’s yet-to-be-released products. The student actually created the website for it, Think Secret. Jobs was not having that, he sued him and Think Secret was shut down.

We all know Steve invented the iPhone, iPad and MacBook, but he has about 300 patents to his name. He is also the lead inventor for more than 30 products. He was not just the inventor of desktop computers, iPods, laptops, keyboards and mice, he invented packaging, power adapters, display devices and even the glass staircase inside of some Apple retail stores as well.

10. He Once Lied To His Friend, Steve Wozniak

Steve Wozniak is Apple’s co—founder who worked with Steve Jobs. A company named Atari offered money to Jobs to design a chipset for the game, Breakout. Steve Jobs gave the job to Wozniak, vowing to split any payment 50-50 but Jobs failed to heed to his vows. He said Atari paid him $1500, but the real payment was $5000. Wozniak got $750 but Jobs pocketed $4000.

11. He Praised A Calligraphy Class For Inspiring The Mac’s Typography

In school, he attended Robert Palladino’s calligraphy class, and Jobs later hailed him for aiding his development of the first computer with great typography.

His words then, “I learned about serif and sans serif typefaces, about varying the amount of space between different letter combinations, about what makes great typography great. It was beautiful, historical and artistically subtle in a way that science can’t capture.”

12. He Got Along With Bill Gates

Of course, Bill Gates and Steve Jobs were rivals, since they both headed two giant tech companies. But they were not enemies. In the ‘90s, when Apple was experiencing problems, Gates came to their rescue with $150 million investment into the company. Jobs and Gates were even seen together in 2007, at the All Things Digital Conference.

On their friendship, Jobs said, “…there’s that one line in that one Beatles song … ‘You and I have memories longer than the road that stretches out ahead’ and I think that’s true here.”

When Jobs died, Gates said, “When he was sick I got to go down and spend time with him. We talked about what we’d learned, about families, everything.”

In 2003, Steve Jobs was diagnosed with a rare form of pancreatic cancer. This disease was discovered by chance, during a check for kidney stones. Steve was lucky because his tumor grew slowly and could have been taken care of with surgery. But Jobs turned down the idea of surgery for close to a year.

He preferred alternative treatments that were a special diet, acupuncture, and spiritual consultations. Jobs said his reason was that he did not want his body violated in any way.

14. He Felt Betrayed By Google

In a book titled “In The Plex: How Google Thinks, Works and Shapes Our Lives.” by technology reporter, Steven Levy, he said Google founders Sergey Brin and Larry Page actually wanted Steve Jobs to be Google’s CEO, but he turned it down. He then agreed to be their mentor. But when Google unveiled the Android operating system, Steve felt betrayed. His words then, “We did not enter the search business.

They entered the phone business…Make no mistake; Google wants to kill the iPhone. We won’t let them.” Jobs was pissed and said they were simply copying Apple’s success. No wonder iPhone vs Android is the current battle as per smartphones.

15. He Initially Rejected The Idea Of Apps

Steve Jobs was initially not a fan of third-party apps on the iPhone. A member of Apple’s board of directors had to call him up repeatedly to tell him to consider it. He opposed apps because he “felt his team did not have the bandwidth to figure out all the complexities involved in policing third-party app developers.” Fortunately, though, he later agreed to it.

16. Mac Computers Had His Signature

Almost all early Mac computer produced by Apple had Steve Jobs’ signature engraved in it. Consumers could not see them without the use of a special tool.

18. He Was Not A Programmer

He never wrote a single line of programming code but his tech people convinced him that programming had to be object-oriented to get a revolutionary effect.

Apple products do not have a direct off switch because Steve Jobs was scared of death. He said when something is “Off.” It is gone for good.

20. He Was A Major Disney Shareholder

Steve Jobs was the majority shareholder of Disney. 7.7% of the Disney common stock belonged to him.