Add the last S.
A new member is coming to the TECNO family.
Guess who? #TECNOAmbassador #DoubleT pic.twitter.com/knerFwuJ7S

It all started when the smartphone company teased its fans on social media last week about a new member joining the TECNO family with the initials “Double T.” Everyone became engrossed in the excitement as they sought to figure out who this new ambassador was. Fans suggested names like Tems and Ayra Starr, and some even included male singers like Timaya and Terry G, despite the fact that the illustrations featured female musicians. A lot of brand and artist fans expressed excitement over the partnership on social media, and many suggested and shared their thoughts on why Tiwa Savage is the greatest fit for the brand.

The Queen of afrobeat herself @TiwaSavage

Welcome to the #TECNO family.

“TECNO is a really unique smartphone brand. In many regions of the world, you can feel the brand’s influence everywhere you go. I also never had to consider it before opting to join the TECNO family because I have always respected how far the brand has come and what it stands for. Their “Stop at Nothing” brand’s dedication to excellence and alignment with my values are both examples of how far I’ve come in my career while experiencing several obstacles.

Beyond the slick design and amazing camera that TECNO smartphones include, the company has redoubled its efforts to help the African Youth, and this motivates me to want to be involved in the narrative. Our fans can expect a wonderful journey and experience with us with this partnership” Tiwa Savage added. In the unveil video and photos that were released publicly, the singer enjoyed posing with a TECNO smartphone. 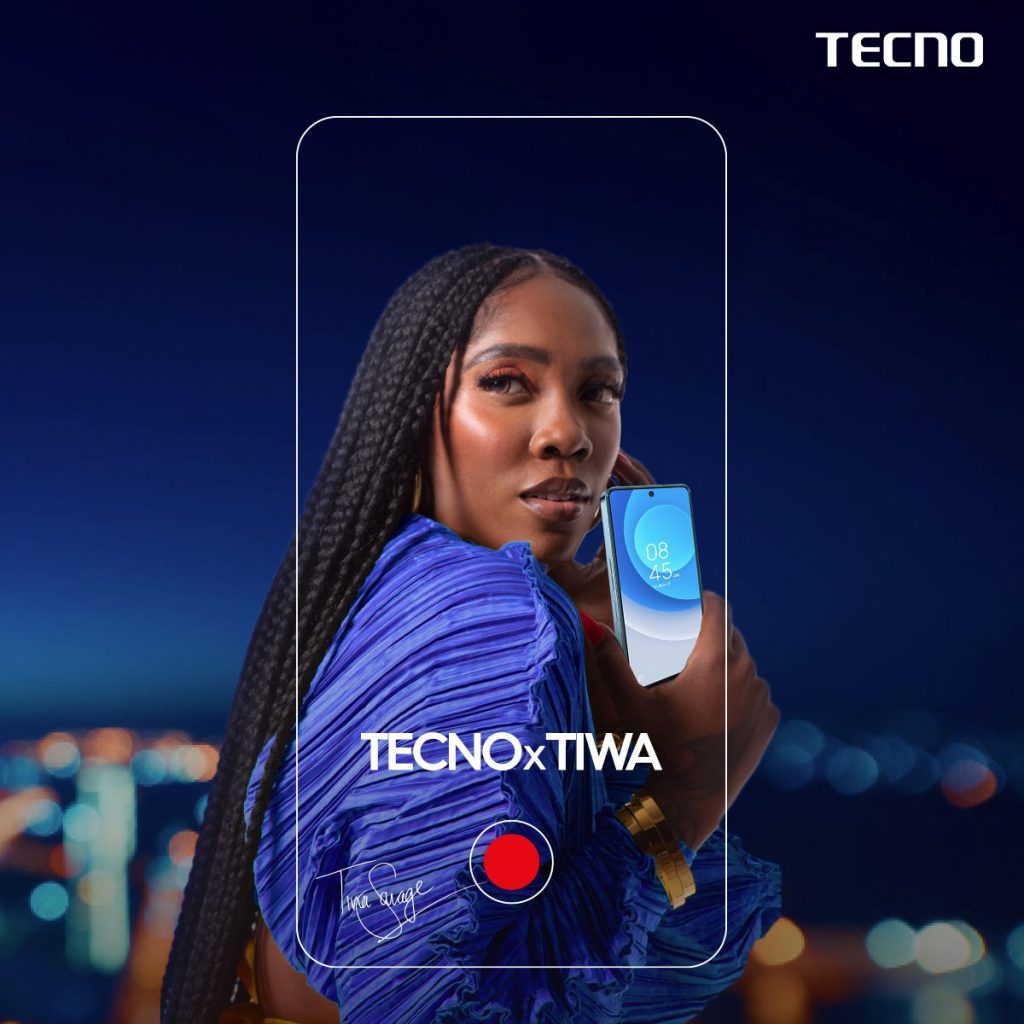 Tiwa Savage is a major influence on millions of young people, according to TECNO’s PR Communications and Media Manager, Vincent Uzoegbu. Her quest for perfection and her ascent to fame as one of Africa’s most popular artists are nothing short of heroic tales of persistence and perseverance, and at TECNO, we can completely relate to, comprehend, and support her.

We are confident that Tiwa is a staunch believer in stopping at nothing to achieve excellence, making her the ideal fit for TECNO. Mobile users in Africa and other emerging markets are familiar with our ‘STOP AT NOTHING’ catchphrase.

Given that TECNO and Tiwa Savage have principles that are in perfect alignment and that they are both designed to challenge the status quo with their ideas and innovations, this partnership has the potential to be a game-changer for both parties. The fans are excited about this new collaboration and have faith that Tiwa Savage would give it her all in her work with the high-end smartphone company, TECNO.