Saying Facebook is extremely popular is an understatement. It has more than one billion registered users and a lot of them are active every single day. Sadly, the official Facebook application requires a lot of data and battery, and this is what several users cannot provide. In this article, we explore a list of best alternative facebook apps for your Android phone.

Luckily for you and me, there are decent options that can easily replace the social media platform. We have lots of new Facebook like apps even if they are not as popular just yet. Let’s see a few of them in our list of 5 Best Alternative Facebook Apps For Your Android Phone: 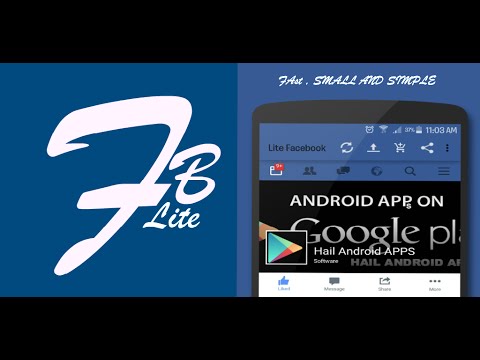 It supports Facebook and Facebook Messenger and you will be able to view content such as video and GIFs. It will also be possible to change to classic Facebook mode if that is what you want. You will need to pay for its premium version.

This is a new Facebook app with several features that will appeal to you. Some of them are theming, Facebook Messenger support, personalization of your news feed and so on.

Users will be able to download clips from Facebook here too and the News Feed personalization lets you filter out keywords. This is important if you want to avoid some things you really do not care about. The pro version will grant you access to other advanced features.

This is a great alternative if you are tired of Facebook and it provides Facebook and Facebook Messenger even though it is small in size. There are no adverts in the free version and you will have access to fingerprint unlock for privacy.

Must Read: How To Delete Messages on Facebook Messenger

Other features include themes, multi-account support, plus you will be allowed to download pictures from Instagram. There will be some issues occasionally but its overall experience is top-notch.

This is another great choice for a Facebook alternative. Here, you can do almost everything you will do in the official application and its “Messenger” works with voice calls and chats.

Some features you will not see in the app are here and it is totally free with zero advertisements.

This is a fresh Facebook application that is so easy to work with and it is very popular because of its little size (100KB) with no ads. However, it is quite sluggish and clunky like most 3rd party applications.

Must Read: How To Clear Your Facebook Search History

If you decide to see it as a compensation, the brains behind SlimSocial have vowed to keep updating it with new features from time to time.

Facebook, Inc. is an American online social media and social networking service company based in Menlo Park, California. It was founded by Mark Zuckerberg, along with fellow Harvard College students and roommates Eduardo Saverin, Andrew McCollum, Dustin Moskovitz and Chris Hughes. It is considered one of the Big Four technology companies along with Amazon, Apple, and Google.

The founders initially limited the website’s membership to Harvard students and subsequently Columbia, Stanford, and Yale students. Membership was eventually expanded to the remaining Ivy League schools, MIT, and higher education institutions in the Boston area, then various other universities, and lastly high school students.

Since 2006, anyone who claims to be at least 13 years old has been allowed to become a registered user of Facebook, though this may vary depending on local laws. The name comes from the face book directories often given to American university students.

Facebook held its initial public offering (IPO) on February 2012, valuing the company at $104 billion, the largest valuation to date for a newly listed public company. Facebook makes most of its revenue from advertisements that appear onscreen and in users’ News Feeds.

The Facebook service can be accessed from devices with Internet connectivity, such as personal computers, tablets, and smartphones. After registering, users can create a customized profile revealing information about themselves. They can post text, photos, and multimedia which is shared with any other users that have agreed to be their “friend”, or, with a different privacy setting, with any reader.

Users can also use various embedded apps, join common-interest groups, and receive notifications of their friends’ activities. Facebook claimed that had more than 2.3 billion monthly active users as of December 2018. However, it faces a big problem with fake accounts. It caught 3 billion fake accounts in the last quarter of 2018 and the first quarter of 2019. Many critics questioned whether Facebook knows how many actual users it has. Facebook is one of the world’s most valuable companies.

It receives prominent media coverage, including many controversies. These often involve user privacy (as with the Cambridge Analytica data scandal), political manipulation (as with the 2016 U.S. elections), psychological effects such as addiction and low self-esteem, and content that some users find objectionable, including fake news, conspiracy theories, and copyright infringement.

Facebook also does not remove false information from its pages, which brings continuous controversies. Commentators have stated that Facebook helps to spread false information and fake news. Facebook has exempted political advertisements from its ban on making false claims.

There you have it – a comprehensive list of best alternative facebook apps for your Android Phone. If you have other recommendations, feel free to drop them in the comment section below.