Are you the type of person who rides a bike while carrying your smartphone? Well, you are not alone since your mobile device actually helps you to navigate on long trips. However, how do you keep your device safe when the road gets really bumpy? Bike phone holders can help and we have the best options in our list of 7 best bike Pphone holders to buy:

Motorcyclists must be familiar with this holder. It is built with strong materials that will take proper care of your properties when you are faced with high speeds, bumpy roads, and rumbling motors. It is not cheap though but it guarantees your peace of mind wherever you go.

This holder comes with a dope construction and its price will not hurt your pocket. It provides a full aluminum body for less than half what the Ram Mounts holder costs.

The GUB Bike Phone Mount also features sponge for safeguarding your phone from metal damage. It can actually rotate 360 degrees to accommodate your favorite orientation. 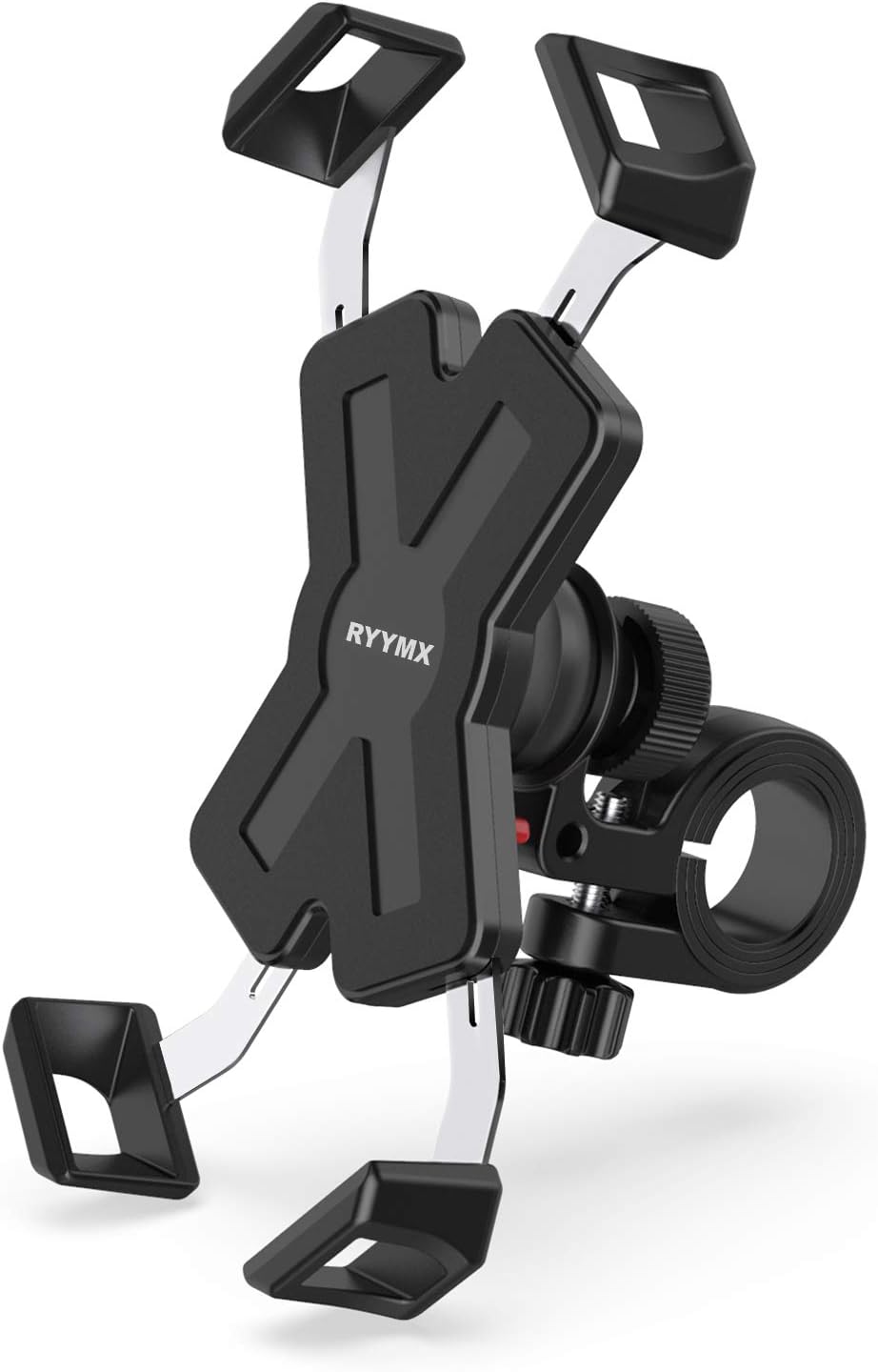 Still on the topic of best bike phone holders to buy. This is also one of the best options because of its ability to cope with the most severe motorcycle riding conditions. You can use it on a bicycle ride without fearing the worst.

Its simple installation procedure needs no tools and the phone holder can be adjusted in any orientation. It also aids devices with screens from four to seven inches in size, meaning it will be useful with very big devices.

IPOW is a well-known smartphone accessory and the company knows how to combine quality and affordability nicely. It makes use of a grip and silicone butterfly bands for top security and its 360-degree rotation is extremely useful. Installing it is not complicated at all.

Known for its special mounting system which attaches to a device with a highly safe dual-stage mechanism, this is a reliable option.

You can use it on any handlebar or bicycle tube measuring 25-40mm in diameter and its kit comes with the universal mount attachment which sticks to all devices or cases. 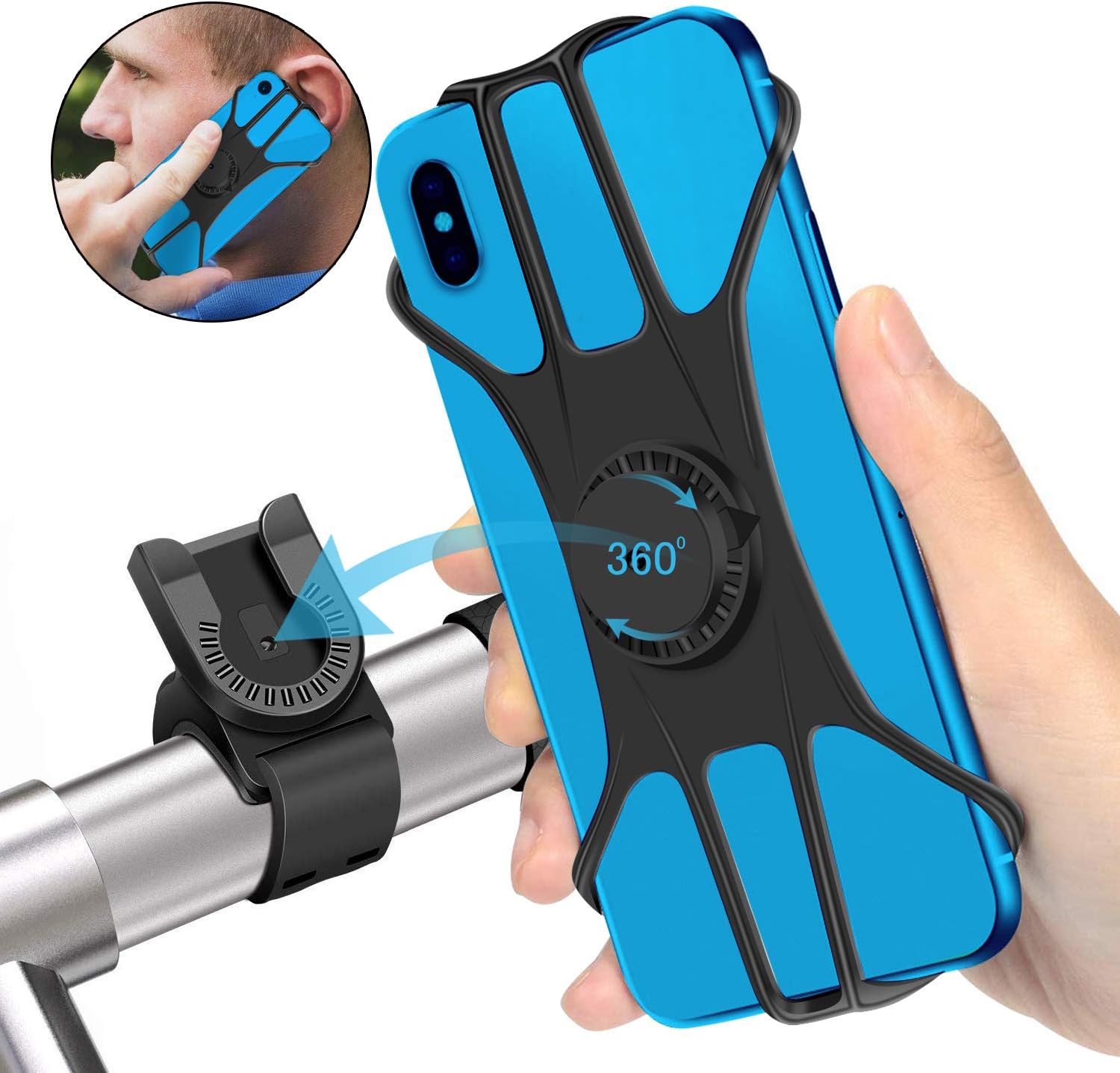 Syosin gave us this removable holder and bike users absolutely love it. It can be detached easily for you to use your phone as you normally would. The idea here is quite identical to the Quad Lock mount, but this one is more affordable.

It might not be as solid as the options above, but it is still comfortable enough to use. You can install it with no tools asap because it makes use of an easy strap to attach itself to any handlebar. Its mounting strap will fit several smartphones and it guarantees their protection no matter what.

The 1885 Daimler Reitwagen made by Gottlieb Daimler and Wilhelm Maybach in Germany was the first internal combustion, petroleum fueled motorcycle. In 1894, Hildebrand & Wolfmüller became the first series production motorcycle.

In developing countries, motorcycles are considered utilitarian due to lower prices and greater fuel economy. Of all the motorcycles in the world, 58% are in the Asia-Pacific and Southern and Eastern Asia regions, excluding car-centric Japan.

5 Best Ultraportable Gadgets For Working From Anywhere In 2021