Asthma is a sickness that can flare up at any time. In the US alone, over 24 million people suffer from it, making the disease a very common enemy. Luckily for asthmatic patients, however, there are tech devices to make sure they are well equipped to deal with the illness and we can help with our list of 5 Best Gadgets For Asthma:

Inhalers like Ventolin help with relieving asthma symptoms. These inhalers give you a dose of salbutamol or some other drug to reduce the inflammation in your airways.

However, the main problem with asthmatic patients is that they do not remember to use them unless an attack happens and they need immediate relief.

GeckoCap is a little rubber item that goes on top of the canister, which is filled with salbutamol. It comes with LED lights that get activated once it is time to take the recommended dose, serving as a much-needed reminder.

This is a peak flow meter that can be used to measure the maximum rate of airflow out of your lungs during exhalation. Asthma attacks mostly have a downward trend inflow, therefore this device will give you a clear picture of how terrible your asthma is, or how you have recovered.

Still on the topic of best gadgets for Asthma. This device helps to track your asthma levels. Rather than the peak flow meter approach of directly measuring your breath, it is actually a wheeze detector that records airway sounds and allows the doctor to have something to interpret. Data can be captured by putting AirSonea on your windpipe for 30 seconds. 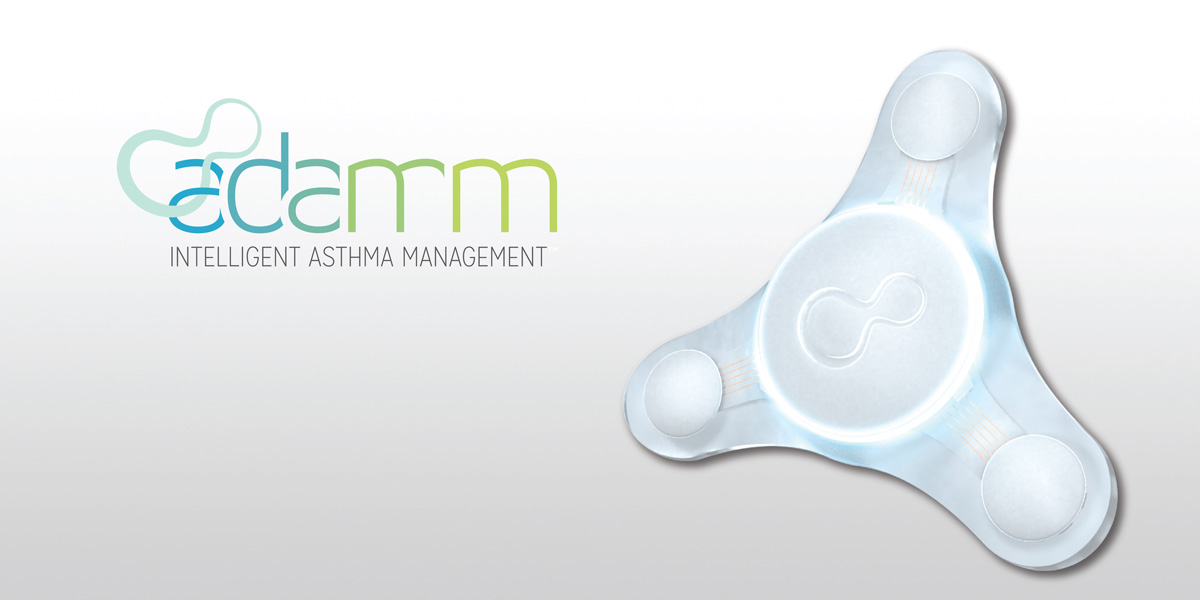 This is the only wearable on this list and it looks like a spinner toy used to relieve stress. It simply tracks your respiration to prevent very bad attacks.

ADAMM monitors your body and sets its baseline after an acclimation period of triggers for your asthma. Its added self-awareness functions as an early warning system for you take the steps to relieve the symptoms before it threatens your life.

This is a pocket-sized sensor that gets plugged in directly to your smartphone. It is an FEV1 meter, which means, its sensors monitor the forced expiratory volume in the first second of your breath.

Must Read: 10 Best Apps To Eat Healthy And Lose Weight

No batteries are required because it draws power from your mobile device, making it easy to work with. It also functions as a sensor for your phone, which makes your lung function visible while finding environmental, medication triggers that can tamper with your breathing.

Asthma is a common long-term inflammatory disease of the airways of the lungs. It is characterized by variable and recurring symptoms, reversible airflow obstruction, and easily triggered bronchospasms.

Symptoms include episodes of wheezing, coughing, chest tightness, and shortness of breath. These may occur a few times a day or a few times per week. Depending on the person, asthma symptoms may become worse at night or with exercise.

In 2015, 358 million people globally had asthma, up from 183 million in 1990. It caused about 397,100 deaths in 2015, most of which occurred in the developing world. Asthma often begins in childhood, and the rates have increased significantly since the 1960s. Asthma was recognized as early as Ancient Egypt. The word “asthma” is from the Greek ?????, ásthma, which means “panting”.

A number of other health conditions occur more frequently in people with asthma, including gastro-esophageal reflux disease (GERD), rhinosinusitis, and obstructive sleep apnea. Psychological disorders are also more common, with anxiety disorders occurring in between 16–52% and mood disorders in 14–41%.

Cavities occur more often in people with asthma. This may be related to the effect of beta 2 agonists decreasing saliva. These medications may also increase the risk of dental erosions.

There you have it – a comprehensive list of best gadgets for Asthma patients. If you have any personal favorites or other recommendations, feel free to drop them in the comment section below.

6 Best Smartphone Gimbals To Buy In 2020

5 Upcoming HBO Shows That Will Make You Forget Game of...