The fact that play video games are an entertaining way to relax is unarguable. Video games help us socialize, make new friends and lots more, most especially multiplayer video games. In this article, we explore a comprehensive list of the best games for couples. Games featured on this list are multiplayer games, that can be used to while away time with spouses. Games featured on the list are listed below:

Gang Beasts is an experimental multiplayer beat them up to a party game. This is one of the most intense best games for couples because it’s a multiplayer game with threatening characters, hazardous environments; cool-blooded slapstick fight sequence, all packed and happening life in the Beef City’s mean streets. It was developed by British indie studio Boneloaf but released by Double Fine Presents.

You can fully customize your character, fight with friends against rival gangs in Beef City via gang in-game mode. Furthermore, you can also fight online or local enemies in the melee game mode. 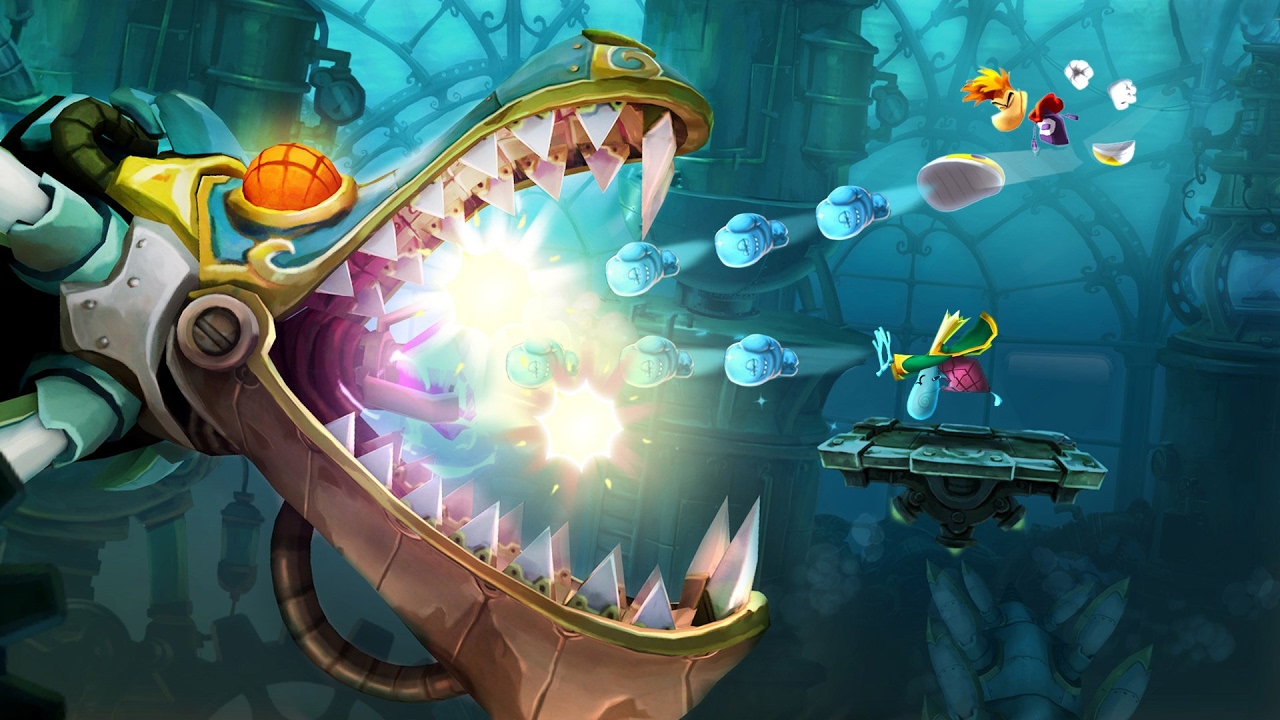 This is a platform video game that is highly recommended for couples. Rayman Legends was sculpted by Ubisoft Montpellier and launched by Ubisoft.

The Glade of Dreams has had a 100-years of a nap, and now it’s in trouble.  The nightmares triply and spread around like a rhinovirus as a result catalyzing dangerous new monsters way more terrifying than ever!

These creatures created were the stuff of legend, evil villains, Dragons, sea monsters, and giant toads. Murphy, Globox, and Rayman have woken up, with a bit of luck, we can now survive. They must help defeat and fight these venturesome nightmares. Therefore, save the Teens.

In this game, there is a room for Four-Player Co-op. You and love with additional two friends can save the city altogether either in online mode or offline co-op mode.

You must dive in and dive out at any time during the 80+ levels. Feel immerse 3D Boss battles of blood and guts fights.

Here, you get to see Dragons, and other epic hazardous creatures attack the angles. Moreover, all these bosses have an advantage over Rayman’s gang.

Brand New Online Challenge Mode has been made. Without fail rush out to connect with your lover via this mode and face a variety of challenges that put your skill and speed to test your skills. Besides, pop in the leader board to see your ranks.

3. Keep Talking, and Nobody Explodes

Trust me when I say this game is all about timing and fast pace. It’s a local multiplayer game that requires only 2-4 players only.

In Keep Talking and Nobody Explodes, one of the players shall be trapped in a virtual room with a ticking time bomb that the others must defuse.

The other players must professional give the instructions on how the defuse the bomb by simply deciphering the information found on the manual.

Do you think it’ll be that simple? But it’s not. Something happened, and the Experts can’t see the bomb, so everyone must have to engage in a conversation and work it out – really fast! We’re back to the football pitch once again. Can your lover play like a legendary football star?

FIFA 19 is a football simulation video game that couples can also engage in. This game is achingly addictive and was produced by EA Vancouver (a unit of Electronic Arts’ FIFA series).

FIFA 19 did a breath-taking delivery of a champion-caliber experience both on and off the pitch.

FIFA 19 provide enhanced gameplay features never before that permits you to control the pitch in every moment. Also, there are new and unrivaled ways to play, packed up with the spectacular finale to the story of “Alex Hunter” in The Journey: Champions.

This a new mode in the ever-popular FIFA Ultimate Team never seen before. 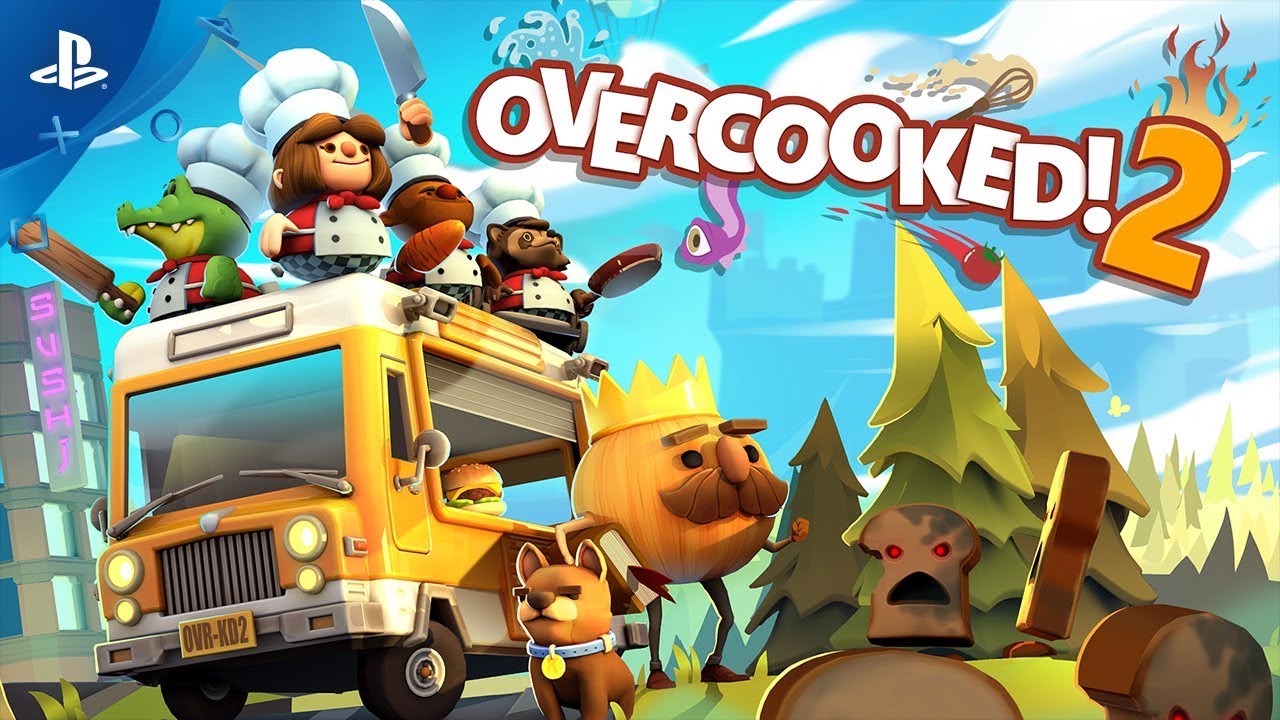 From frying pan to fire… as the world lies in your cooking pot, which you must save from starvation.

The game, Overcooked 2 has returns with an interesting brand-new helping of chaotic cooking action never featured before.

In the series, you will have to advance back to the Onion Kingdom, sure do assemble your team of unassailable chefs either in a classic couch co-op or online play –which can be played with 4 players.

It’s time to save the world! So get back in the kitchen and make everyone fill.

6. Lovers in a Dangerous Spacetime 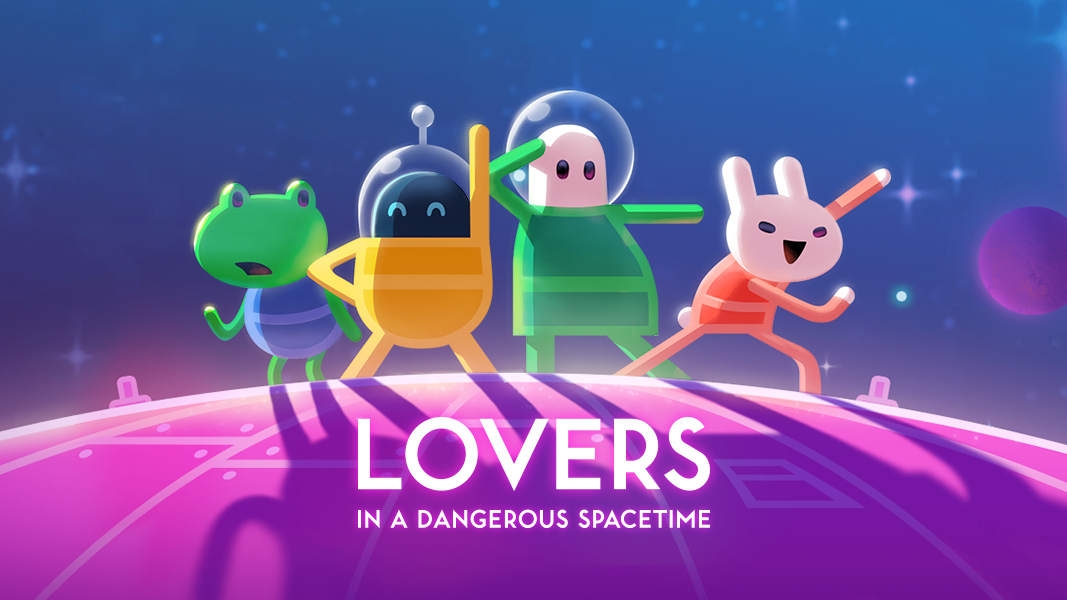 Ah! This an engage lovers’ game as you and your lover explore a neon galaxy in your own battleship in a couch co-op adventure.

Free Exploration is given at its peak in a neon galaxy in your very own battleship. It’s a thrilling 1- to 4-player couch co-op adventure game.

Therefore, only through teamwork can you triumph overwhelming evil forces of Anti-Love, avoid vacuum demise and sure rescue kidnapped space-friends.

Ride Deep space is a fantastic place, but the good news is you don’t have to face it alone. 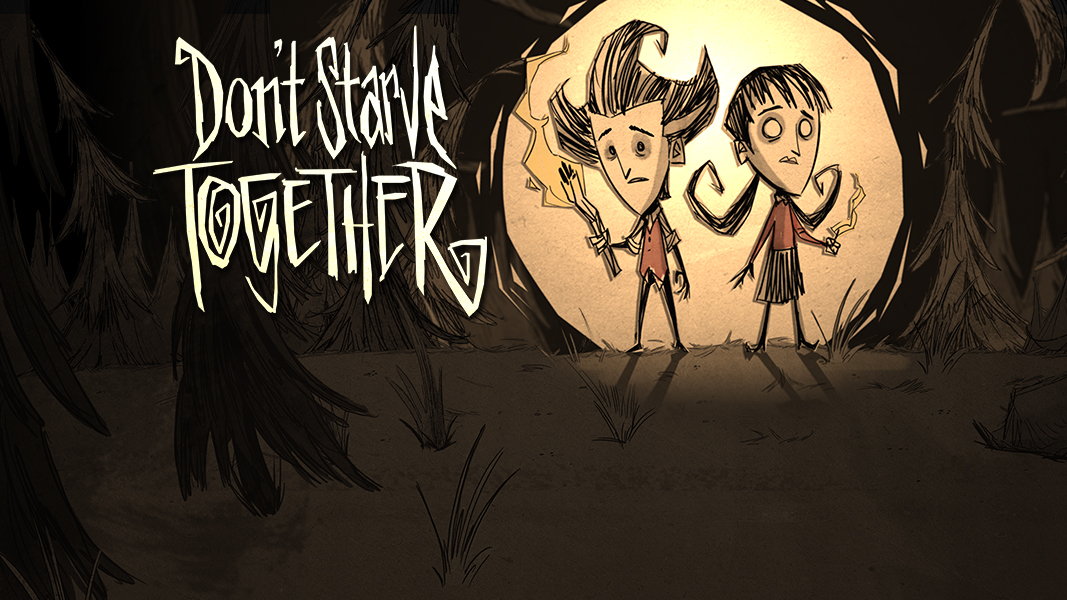 Don’t Starve Together is an uncompromising Survival & World Exploration video game with absolutely NO instructions, No hand holding, and No help –you’re all alone. It’s survived or die!

You will kick-off with nothing and hunt, craft, hunt, scavenge for supplies, farm, and fight to survive. This game features a Dark and Whimsical Visuals: packed with 2D Characters and ugly creatures in a unique 3D environment.

Fight and struggle to pull through a whole year’s seasons as you witness rainfalls, blistering heat of summer, winter, and storms. 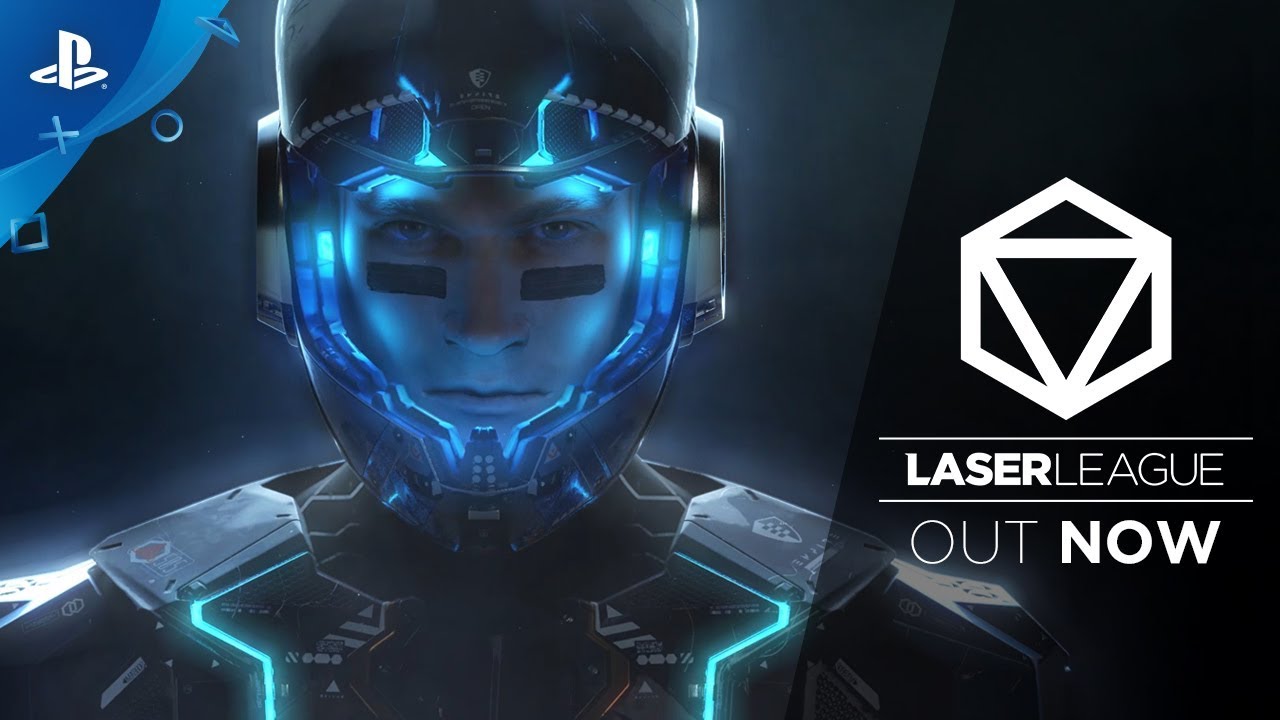 In Laser League, if you blink; you die! LASER LEAGUE is the new last-word game in top-speed, future-sports team action altogether.

You will have to Battle against the opposition for the governance of nodes that bathe the arena in deadly light.

Evade into your rival colored beams, and eliminate your opponents as you fry them with speed, strategy, and strength. 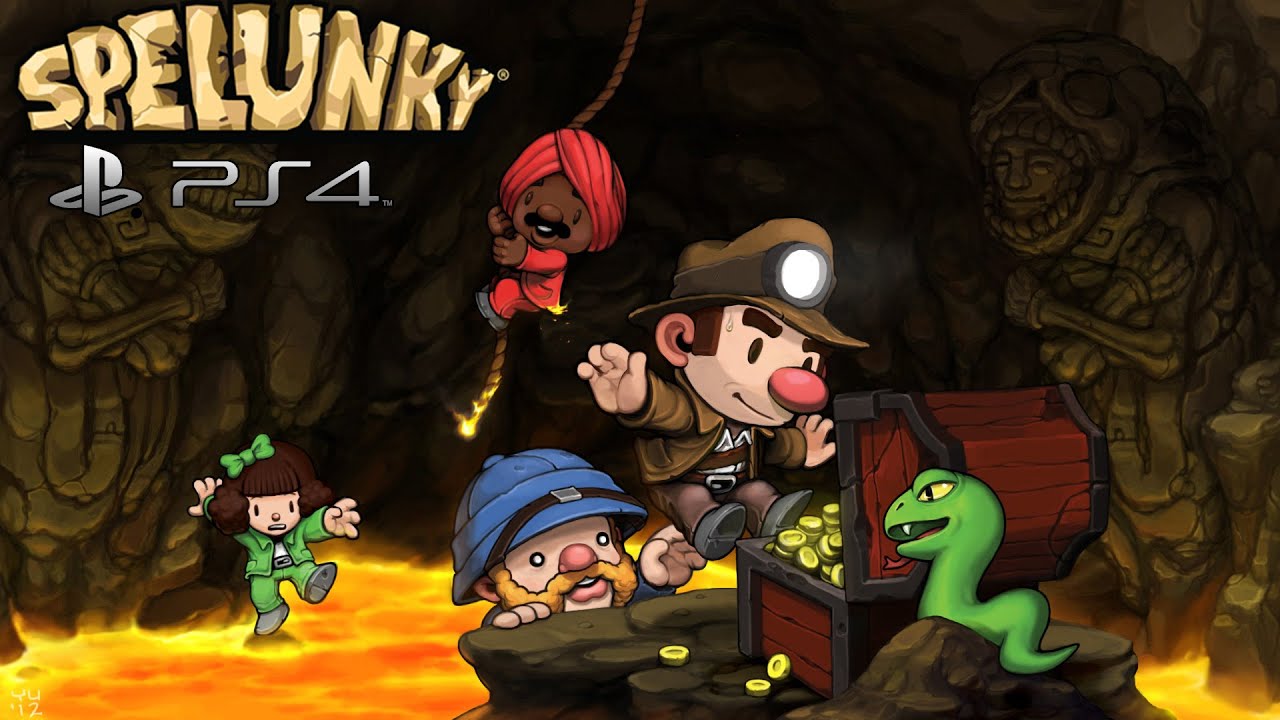 Spelunky is a unique game with randomized levels that permits ever challenging new experience every single time you play.

You can your love will have to Journey deep underground and advance fantastic places filled with tons of monsters, treasure, and traps. You can Go solo or bring up to three friends to join you and lover in either cooperative play or frantic death-match.

Advance in new battle modes not just with friends and family but also with character to play as the Guardians of the Galaxy, Thor, Spider-Man, Hulk, Captain American, Black Panther, Doctor Strange, Green Goblin and what not in this intense cosmic battle. Play against each other in different battle arenas and themed challenges!

There you have it, a comprehensive list of the best game for couples. If you have other suggestions, feel free to drop them in the comment section below.