Cracking a joke is a brilliant icebreaker. It helps you reduce the tension around you and make somebody happy. And the amazing thing is that there are several jokes on the net and in applications that you can find easily if you search properly. To help you with your search, check out our list of 10 Best Joke Apps For Android:

This is a proper humor website with a lot of hilarious content. You will see memes, jokes and other joke seekers like yourself who will most likely be sharing their own personal jokes. The app is not complicated to use. You get to browse around and locate hilarious stuff. The ads are a bit much though but you should be able to cope. However, as a premium version user, there will be no ads.

Sure, they might not always be in the mix if we are talking joke apps but that should not be the case. There are a lot of joke websites on the net waiting for you to explore them. They might not have a joke app of their own but these browsers still expose you to a lot of funny jokes. You will see the ones with family-friendly jokes and the ones that share strictly adult-only jokes. Memes can be searched for on these sites too if you want.

This is a smooth app with a lot of dad jokes. The app is home to several one-liners and the controls are very easy to use. Users are even allowed to add their personal dad jokes to the app as they learn more about it.

You can expect a few typos and some dry jokes, but it is still the best dad jokes app on the Play Store.

An ancient way of collecting jokes was via books. And it is still the case today. Several ebook markets have a metric ton of joke books with reviews that will get you the best ones. A lot of these ebook platforms allow you to download books for offline reading and they are so simple to use. Amazon and Nook are decent options as well if you prefer them.

This, alongside Google Assistant, are 2 amazing joke apps. You will be able to search for jokes and Google will make them available via search.

Must Read: 20 Best Comedies On Netflix

Plus, Google Assistant will also tell you jokes if you request for it. Other personal assistant applications like Cortana, Alexa, Siri can get the job done if you want to go that route.

It works like 9GAG. You get to launch the app and check for very hilarious jokes, memes, funny stories, and other humorous content. It is not difficult to use and there are new things that get added every day to improve content. Several hardcore community members are quite sad with the application’s progress over the last few years though. But it’s functionality is still dope. Still, on the topic of best Joke apps for Android, Joke Books is another highly recommended app. It is a decent joke application on the Play Store. It is actually one of the best generic joke apps out there. It comes with 3,000 jokes across various categories. There are a lot of clean jokes with the dirty ones added once in a while. Users will surely have something to laugh about with this one. 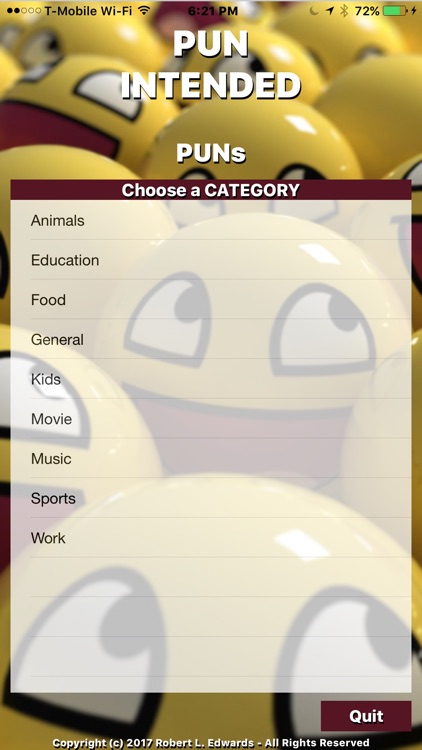 This is also a generic joke app on the Play Store. It concentrates mostly on one-liners, puns, and dad jokes though. ‘

There are several categories, including a clean jokes section for family-friendly laughs. You get to add your personal jokes to the application for future reference too. It is free and there are no advertisements to annoy you. This is a clear choice for joke apps. There are several humour-related subreddits that you will have access to. Dad jokes, dark jokes, dirty jokes, and clean jokes are all catered for. You will be exposed to various meme subreddits and more fun stuff like video content, stand-up comedy and so on.

This one is a clear choice as well if you seek jokes badly. There are several comedy YouTubers existing right now and you have access on several TV shows on YouTube. Stand-up comedy clips are there as well. Just search and you will locate them seamlessly. Getting rid of adverts and activating background play is even possible if you are willing to part with cash.

There you have it – a comprehensive list of best joke apps for Android. If you have other recommendations, feel free to drop them in the comment section below.