Mathematics is a very complicated subject. Some students fancy it while others do not. But to help you, we have several mobile math games that make the subject and its topics, less complex. Most of the options here are for kids though but you will see a few that adults can roll with as well. Check them out in our list of 10 Best Math Games For Android.

This is a very interesting and entertaining math puzzle game and it is one of the most popular. Gamers get to move tiles around and combine the ones with the same numbers. The combined tiles double the number. Meaning, two fours can be combined to come up with an eight. The game will not be finished until it is impossible to move any more tiles or reach the 2048 number. There are several board sizes in it plus it comes with uncomplicated mechanics.

This is an educational application for children with several interesting mini-games. It possesses games for a lot of subjects and mathematics is one of them. Others subjects are writing, language, reading, and problem-solving skills. It is not really a game but an educational app. It will cost you nothing too.

To be honest, the name is kinds dry but it is a very solid math game. You get to solve easy arithmetic questions on a timer. The more questions you solve, the higher your score. It is useful for anyone who wants to improve their simple math skills. It aids 8 languages plus there is a 2 player mode as well.

This is a math game for children. It comes with simple games with simple math and a pirate theme. You get to play as Ray and then attempt to bring back lost gems from the evil pirate Max.

The game possesses twenty-five levels and it is for children around Kindergarten age. There are more difficult game modes for older children and adults if you wish to use it to up your addition and subtraction skills. It is not free though.

This is a brain-training mathematics game. The aim and objective here is to help you solve arithmetic problems as quickly as possible. You can concentrate mainly on subtraction or addition or do a mixture a both. It comes with a simple, average UI and can be useful when you are bored. It functions in 12 languages and it is free.

This is a riddles application with maths. It possesses a clean, dope, minimal UI and several puzzles. A few of them are mainly simple but there are some brain teasers in it as well.

You get to play several games and solve lots of puzzles. IQ tests are present and it is a useful way to spend your alone time. 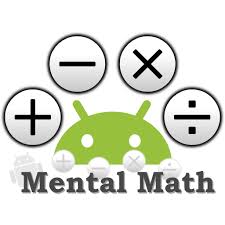 This is another brain training math game and it is very enticing to look at. Its UI is dope and users will be exposed to several random questions and simple controls. It features more difficult maths than any of the options already listed. To enhance your math skills, it is surely an app to check out.

Still, on the topic of best math games for Android, Sudoku is yet another highly recommended game. This math game has been here for a while and it has several mobile versions. It is surely the most popular option on this list.

Must Read: 10 Best Learning Apps For Your Phone

You basically get to fill out a grid of numbers so that every column, row, and subgrid have the numbers 1 through 9. It comes with various puzzles as well and it is highly recommendable to up your math skills.

Threes is similar to 2048 because 2048 is actually a clone of it. They work alike and make you move tiles around and combine them with identically numbered tiles. The combined tiles will double in value. So, you basically mash 2 threes together to get a 6, then two sixes to get a twelve e.t.c.

This is a math game and also an endless runner game. Gamers get to avoid obstacles and run on a 3 lane path. You will eventually choose a number and the game will give you a simple arithmetic problem. You get to solve it by jumping over obstacles in the lane with the correct answer. It is a clean premise and both adults and children can relate.

There you have it – a comprehensive list of best math games for Android. If you have any other recommendations, feel free to drop them in the comment section below.