When purchasing projectors for churches, you have to consider how bright the projector can go, because most services are held in the day, with bright sunlight, you don’t need washed out characters on the screen. You also need to consider contrast ratio, screen resolution and lots more. Projectors featured in this list tick most of the pillars needed to qualify as church Projectors. These projectors are listed below:

The Optoma X600 Projector features an RJ45 Ethernet port, a +12V trigger, an RS232 port, VGA port, DVI-D port, and an HDMI Port. With the RS232 port featured, controlling the Optoma X600 is as easy as using an extensive command set. The Optoma X600 features an AMX Compatible dynamic discovery protocol, which allows easy installation of the AMX control system. 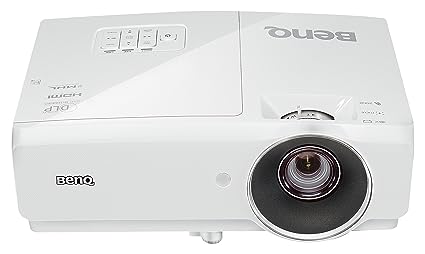 Still, on the topic of best projectors for the church, the BenQ DLP Projector is another top-notch projector to consider. It is a projector designed for use in extreme conditions. The BenQ DLP projector can go as bright as 5000 lumens, which is overcome ambient light. This project has a contrast ratio of 3000:1, which keeps text and images distinct and clear.

BenQ has a throw ratio of 1.15 to 1.5:1, the 1.3x zoom, keystone correction, and vertical lens shift offer a range of options for installing. The BenQ DLP projector supports a variety of source types such as two HDMI, VGA, S-Video, and RCA composite inputs. The BenQ projector features two HDMI ports, single VGA port, S-video and RCA.

When it comes to top-notch projectors, JVC is a household name, most popular in the united kingdom. It projects image with resolution maxed out at 3840 x 2160, this Projector can get as bright as 1,800 lumens, it has a contrast ratio of 40,000:1. With this kind of contrast ratio, you are assured of rich images on your projection screen This projector projects two different 1080p images, both at 120Hz, facilitating a native 4k display.

Still, haven’t decided yet? The LG Minibeam projector may just be what you need. It was designed for very large projector screens, project screens that can go as large as 300 inches. The LG PH450UG projector has a resolution of 1280 x 720 Max.

This projector can go as bright as 450 lumens, it features a single HDMI port and lots more.

The Nierbo UT300 projector offers a blend of features that makes it an ideal projector, to project characters to a large projection screen during service. This projector features a 260W ultra-high pressure mercury lamp, which can go as bright as 800 LED lumens. This will make viewing a lot easier in church services. Congregants won’t have to strain their eyes, considering the fact that most church services are held during the day. This projector

The Nierbo UT300 projector has a through a distance of 0.565, which makes it ideal for projecting characters from small to a large audience. With this kind of through distance, you can begin projecting from 4.3 feet. Distance isn’t a barrier here.

This projector comes with a VGA port, as well as an HDMI Port, in the box you are also getting a wireless keyboard and an Android stick. 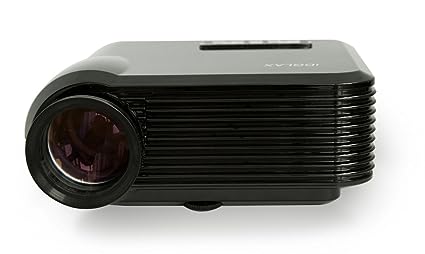 Projector iDGLAX is another projector that is worth considering when it comes to selecting a projector for a church. For starters, this projector gets as bright as 1500 Lumen. This projector resolution maxes out as 800 x 400, it has a contrast ratio of 1000:1. This projector lets you connect to your Anhdroid or iPhone.

Last but not least, is the Fugtek projector offers users with topnotch quality streaming, in extreme conditions. It was built to serve the best when it comes to large viewing. It is a projector that serves well in scenarios where you have to use a very big screen, in a very bright environment.

The Fugetek is a 720p projector with an expected screen resolution of 1280 x 800. This resolution allows users to project videos in high quality. The Fugetek Projector features 2 HDM ports, 2 USB ports and lots more.

There you have it – a comprehensive list of best projectors for church. If you have other recommendations, feel free to drop them in the comment section below.