By David Folami4 Mins Read
Share
Facebook Twitter LinkedIn WhatsApp Pinterest Email
A smart display is amazing for managing your smart home, playing music or clips and displaying vital information all through the day. Like smart speakers, a smart display can also be controlled by voice, so you can command it to do your bidding even when you are far away. In this article we explore a comprehensive list of 5 smart display to buy on Amazon.

However, unlike a smart speaker, a smart display shows information like upcoming appointments, weather, in-progress timers, the present time, recipes and so on, without you needing to say anything. You can even use them as a modern, cloud-connected digital photo frame, letting you view memories you have captured on your smartphone. 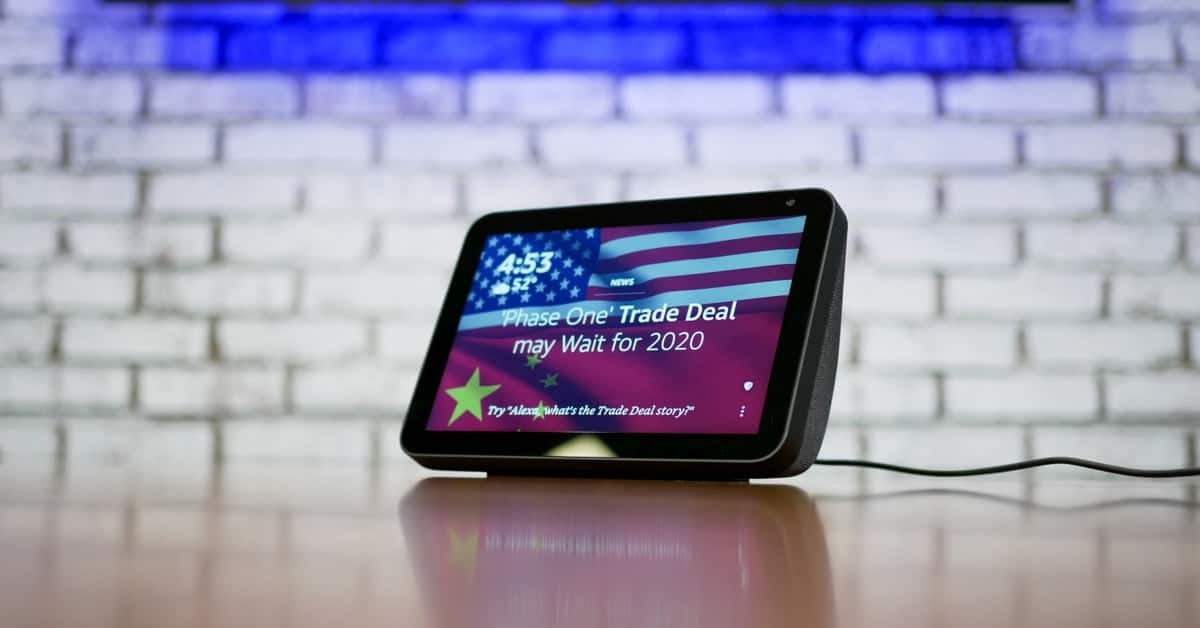 It comes with a bright 8-inch touchscreen, 2 effective speakers that provide decent volume, a built-in camera with a privacy shutter, and 4 microphones to listen to your voice commands.

It is not just small enough to not fit into the limited space in your house, it can be seen or controlled from across the room seamlessly.

Must Read: Wanting to Make a Smart Home? Start with These 5 Items

Because the display is a full touchscreen, you will also be able to interact with the Echo Show 8 without needing to use your voice. Be aware that this device is not iPad-shaped, it just does the simple things brilliantly. 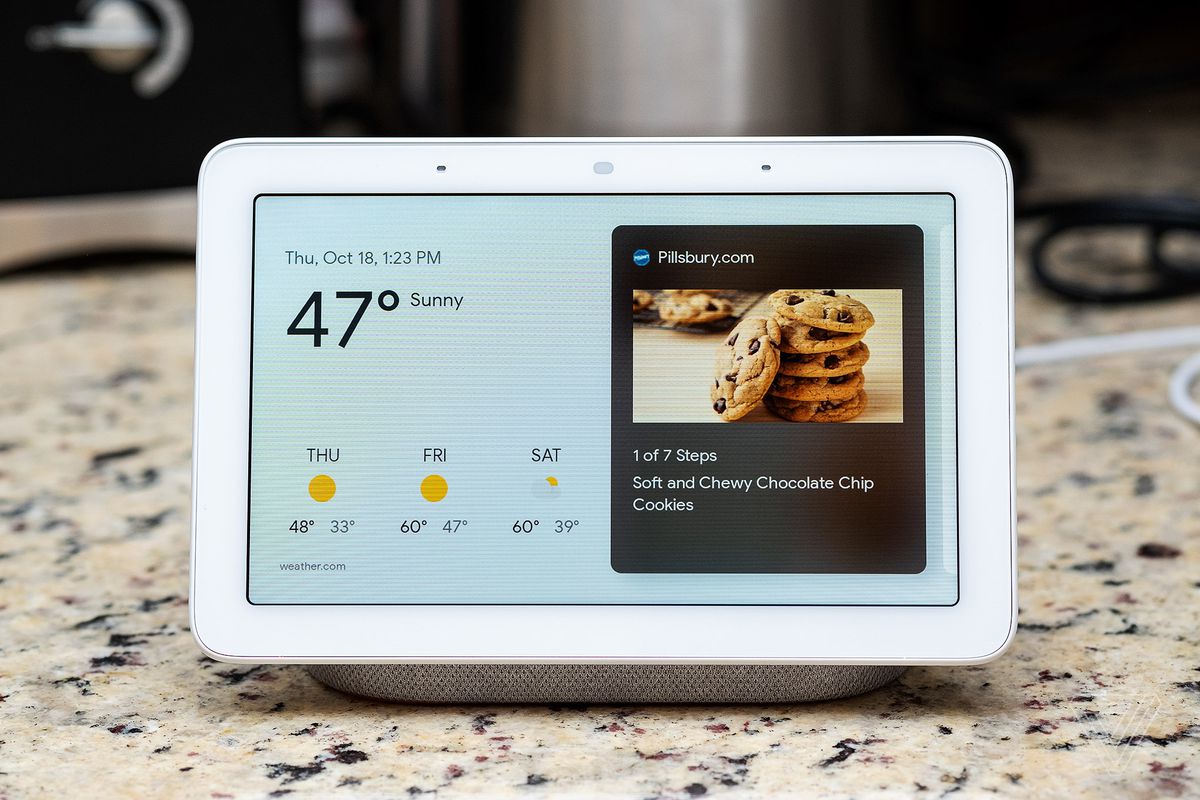 It is a 7-inch smart display that comes with a screen that immediately adjusts itself for the lighting in its environment. Google Photos’ brilliant automatic backups and smart albums is another reason to go for it. 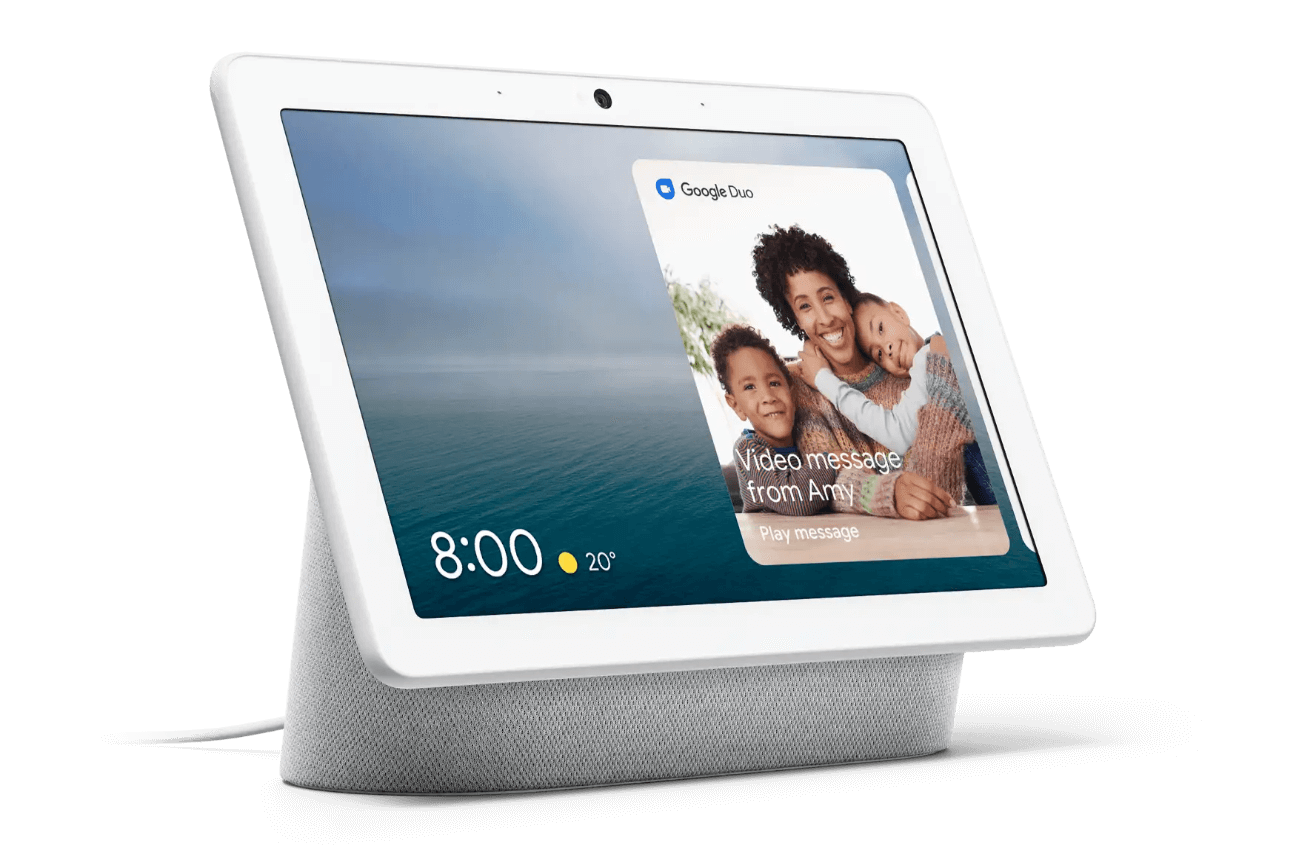 It possesses an amazing screen for displaying pictures and the camera it comes with can be used for video calling and home security reasons.

Its controls are brilliant and customized information is to be expected based on who is staring at the screen. Its disadvantages are it cannot play Netflix and the sound quality you get is not as great as Amazon’s Echo Show. This one might come with a little footprint, but it is still very simple to read the screen from a distance. This device has a loud, personalizable alarm sound and it comes with several Google Assistant features. However, the sound quality can be better and the screen does not automatically adjust like its rivals. 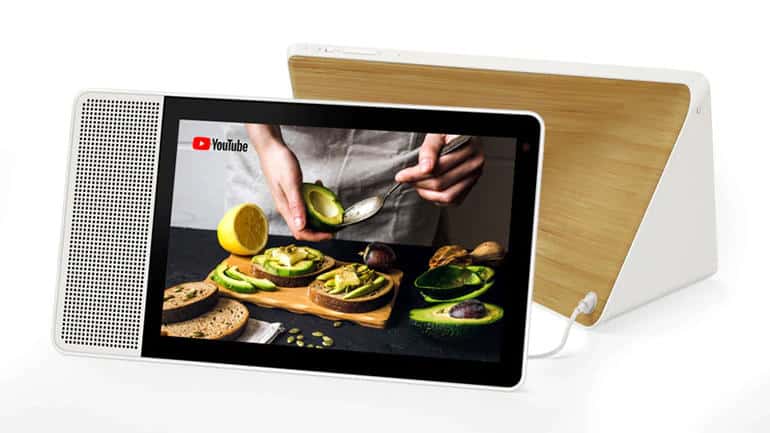 This smart display functions very well with Google’s ecosystem and its software is superbly designed.

Although, a poor sound quality alongside it being heavily reliant on Google services are part of its disadvantages. The “Hey Google” wake word is frustrating to hear too.

More Information On A Smart Display:

In computing, Smart Display (originally code-named Mira) was a Microsoft initiative to use a portable touchscreen LCD monitor as a thin client for PCs, connecting via Wi-Fi.

Smart Display was announced in early 2002, released in early 2003 and discontinued in December 2003, having never achieved more than negligible market penetration.

The Smart Display was a battery-powered 10″ or 15″ LCD monitor with a touchscreen (similar in size and shape to a Tablet PC), connecting to a PC over an 802.11b WiFi network, with input via Transcriber (similar to Graffiti) or a pop-up soft-keyboard for text entry, and built-in speakers. Some models had a docking unit with wired PC, keyboard and mouse connectors.

Smart Display OS 1.5, scheduled for the end of 2003, was intended to allow a PC to connect simultaneously to a monitor and a smart display.

Microsoft later changed its timetable to include a release of Smart Display OS 2.0 in late 2004 with additional functions such as mobile image processing.

There you have it – a comprehensive list of best smart display to buy on Amazon. If you have any other recommendations or any personal favorites, feel free to drop them in the comment section below.

Best Bamboo Comforters To Buy In 2023