If you own a desktop computer, a home theater, a laptop, or any other gadget gathered in one spot for use, you certainly going to need a power strip. However, a quality power strip or surge protector is hard to come by these days because there are several substandard options out there these days. This article contains a panacea to this problem. Here we explore a comprehensive list of 5 best power surge protectors and power strip. 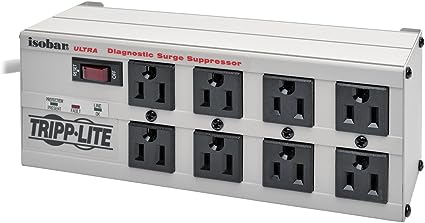 Tripp Lite might not be a popular brand, but it is known for its quality power devices. This 8-outlet surge protector is bigger than the regular power strips and it has enough space to accommodate larger power bricks without covering up the other outlets. It comes with an auto-shutoff mechanism that will stop delivering power as soon as the surge protection has worn out. Even if a lot of surge protectors will be found behind a desk or somewhere hidden, some people might prefer to make it easily accessible to charge your never-ending parade of battery-powered gadgets and let guests do likewise.

It comes with 2 USB ports for charging your devices or tab without an AC adapter. You can expect also an auto-shutoff mechanism.

Most travelers battle battery problems from time to time, which is why a decent battery pack or a portable should be accessed regularly.

Must Read: How To Choose The Right Charger For Your Gadgets

The Belkin 3-Outlet USB Surge Protector w/Rotating Plug comes with 3 outlets and 2 USB ports which makes it stand out as a footballer. It is always wise to travel with a portable surge protector. 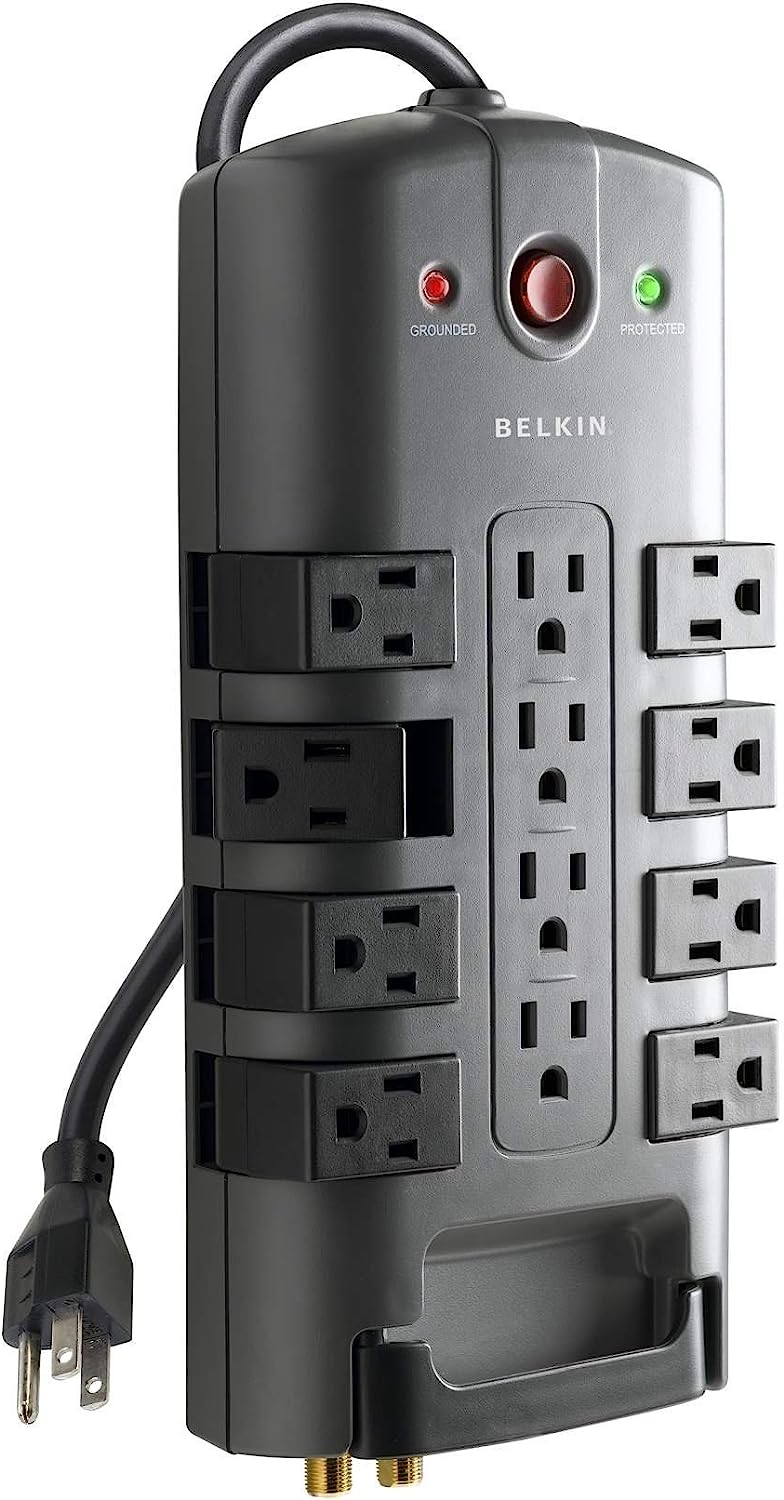 Still on the topic of best surge protectors and power strips.If no other surge protector can accommodate your huge power bricks, this one will, surely. It is quite bulky but 8 of the twelve outlets on it pivot 90 degrees, meaning, you can plug as many things as possible without losing vital ports.

Be aware that, unlike the Tripp Lite models, it cannot automatically shut off when it’s worn down, but it comes with a “Protected” light that will remain on for as long as it is protected.

Surge protectors can safeguard your devices from power surges but you can still lose vital data if your PC loses power without saying anything. Not to worry though, because with the CyberPower CP825LCD UPS System, when the power goes off, your PC and others will still give you time to save your work and shut down safely.

It can handle up to 450 watts of gear and it comes with a useful LCD to help you to know how much power it is presently drawing.

A voltage spike is a transient event, typically lasting 1 to 30 microseconds, that may reach over 1,000 volts. Lightning that hits a power line can give many thousands, sometimes 100,000 or more volts.

A motor when switched off can generate a spike of 1,000 or more volts. Spikes can degrade wiring insulation and destroy electronic devices like battery chargers, modems and TVs.

The terms surge protection device (SPD) and transient voltage surge suppressor (TVSS) are used to describe electrical devices typically installed in power distribution panels, process control systems, communications systems, and other heavy-duty industrial systems, for the purpose of protecting against electrical surges and spikes, including those caused by lightning.

Scaled-down versions of these devices are sometimes installed in residential service entrance electrical panels, to protect equipment in a household from similar hazards.

Many power strips have basic surge protection built-in; these are typically clearly labeled as such. However, in unregulated countries, there are power strips labeled as “surge” or “spike” protectors that only have a capacitor or RFI circuit (or nothing) that do not provide true (or any) spike protection.

There you have it – a comprehensive list of best surge protectors and power strips. If you have any personal favorite or other recommendations, feel free to drop them in the comment section below.

7 Best Small Tablets For Education In 2020

7 Best Sanitation Gadgets For Your Home In 2020

7 Best Small Tablets For Education In 2020

7 Best Sanitation Gadgets For Your Home In 2020