Thermal imaging cameras are special gadgets that help you get visual data of the heat composition of a body. It can be used on humans and inanimate objects. In recent times, they have helped in getting heat signals of people as a procedure to detect individuals with Living with Coronavirus. In this article, we explore a comprehensive list of best thermal imaging cameras.

FLIR’s patented MSX tech is top-notch and it allows you to take advantage of your device’s connectivity. You can boost the resolution to 160 x 120 and it offers more features like manual exposure, multiple measuring zones and so on.

Its standard version allows you to discover and measure the temperature visually. FLIR One Gen 3 also comes with a timelapse function even if it is limited to the battery life.

It offers more resolution and higher sensitivity than its competitors and the Seek Thermal CompactPro is a useful option for contractors, engineers, inspectors that seek added resolution.

With its adjustable focus, the lens can be set on subjects as far as 550m (1,800ft). It is not only effective for outdoor activities, but this device also lets you take full advantage of smooth thermal images at any distance. 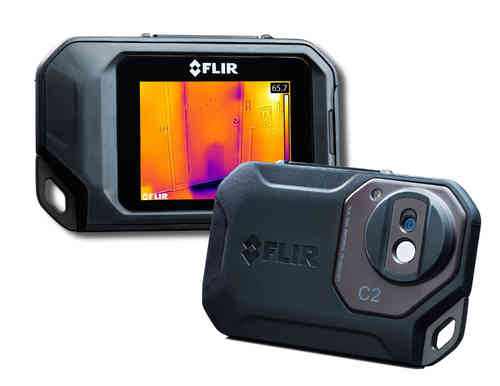 This camera comes with a rugged body that will cope in a workplace and they are very useful for DIYers and contractors. The FLIR C2 or C3 both possess cameras, a 640×480 optical and the 80×60 IR which lets you take advantage of Flir’s MSX tech. It also offers a picture-in-picture option and there is a visible small LED light you will have access to. 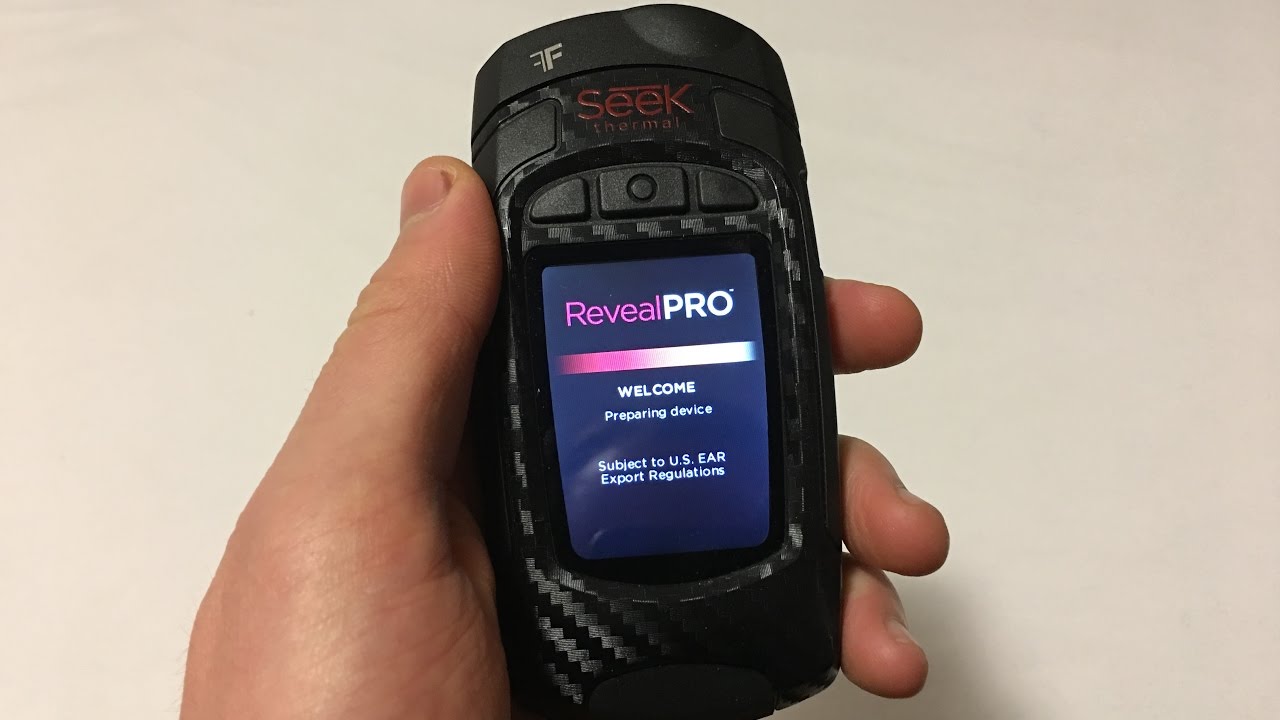 This is a very flexible portable thermal camera with a remarkable resolution which makes it useful during the day and at night.

Must Read: 10 Best Cameras With A Touchscreen

While the FLIR C-Series produces useful pictures in good light through MSX, this camera does just that whenever you want because it does not depend on visual light to boost its resolution. Combined with its 15Hz refresh rate, you can use it to detect animals or humans in the dark, or via dense foliage. It comes with a 300 lumen LED light as well.

Must Read: 7 Best Monopods For Photography

Its grip shape suits activities like car maintenance since the one-handed operation are uncomplicated and its cool bullseye-shaped laser dot aids any direction you fancy. It also comes with a 2.4-inch color screen that lets you read your work in a very sharp manner. 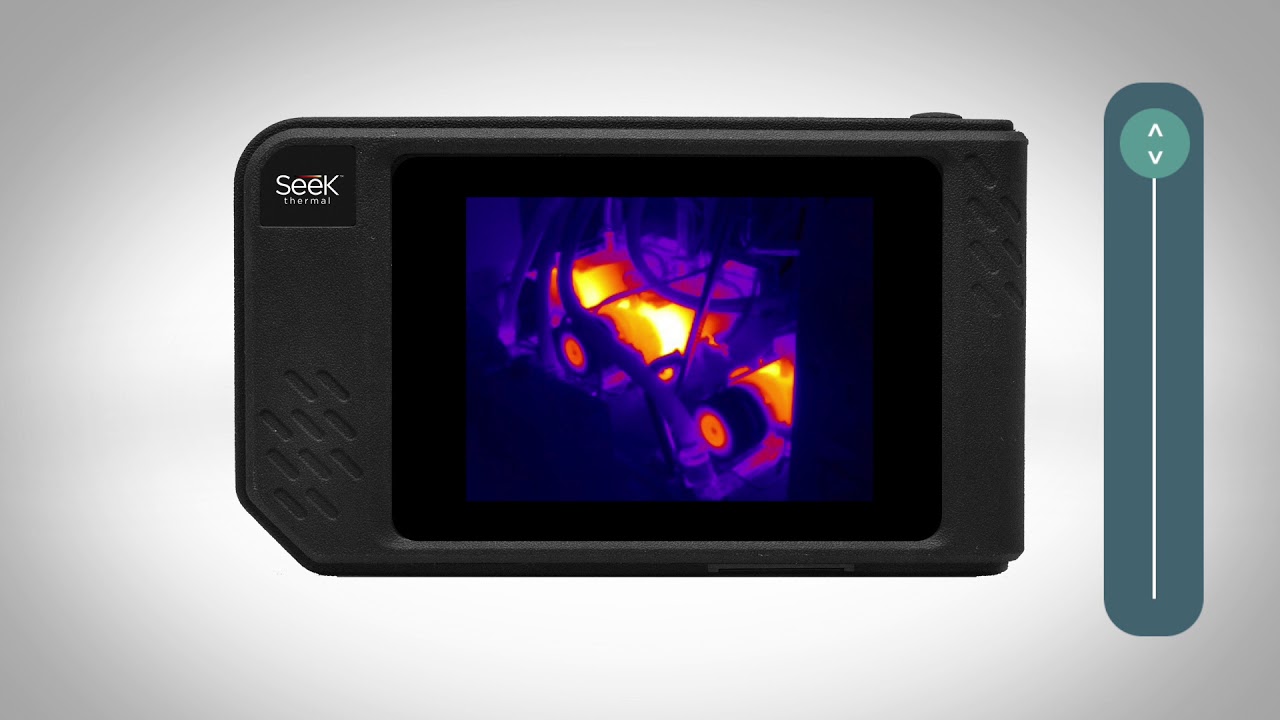 This compact IR camera comes with a better thermal resolution than its rivals and it is able to mix visual light. The tech, SeekFusion, lets you make adjustments to a live overlay with an on-screen slider, a small like changing opacity in Photoshop layers. It does not have the edge-enhancement of FLIR MSX, but its amazing thermal resolution means that is not really important. Wi-Fi streaming can happen with it too and the Seek Thermal ShotPro possesses 4GB memory to capture stills and video.

If you are searching for something with a decent price, this is a brilliant option. On top of its 4K visual camera, it provides a lossless zoom which is amazing when it comes to search for rescue. You can expect 3 batteries and this aids more than 60 minutes of flight time. The Parrot Anafi Thermal works like a drone and it is very effective.

A camera is an optical instrument used to record images. At their most basic, cameras are sealed boxes (the camera body) with a small hole (the aperture) that let light in to capture an image on a light-sensitive surface (usually photographic film or a digital sensor).

Cameras have various mechanisms to control how the light falls onto the light-sensitive surface.

Lenses focus the light entering the camera, the size of the aperture can be widened or narrowed to let more or less light into the camera, and a shutter mechanism determines the amount of time the photosensitive surface is exposed to the light.

The still image camera is the main instrument in the art of photography and captured images may be reproduced later as a part of the process of photography, digital imaging, photographic printing.

The similar artistic fields in the moving image camera domain are film, videography, and cinematography.

The word camera comes from camera obscura, which means “dark chamber” and is the Latin name of the original device for projecting an image of external reality onto a flat surface.

A camera captures light photos, usually from the visible spectrum for human viewing, but in general, it could also be from other portions of the electromagnetic spectrum.

There you have it – a comprehensive list of best thermal imaging cameras. If you have any personal favorite or other recommendations, feel free to drop them in the comment section below.

5 Best Photography Gadgets To Invest In 2022