Do you have a resolution for 2020? Stats prove that the 17th of January is when the true test of your resolutions will start and we find out those who are ready to go all the way and those that will fail miserably. We are here to make sure you succeed with your goals for the year with our list of 7 Best Tracking Apps For Your New Year Resolutions: 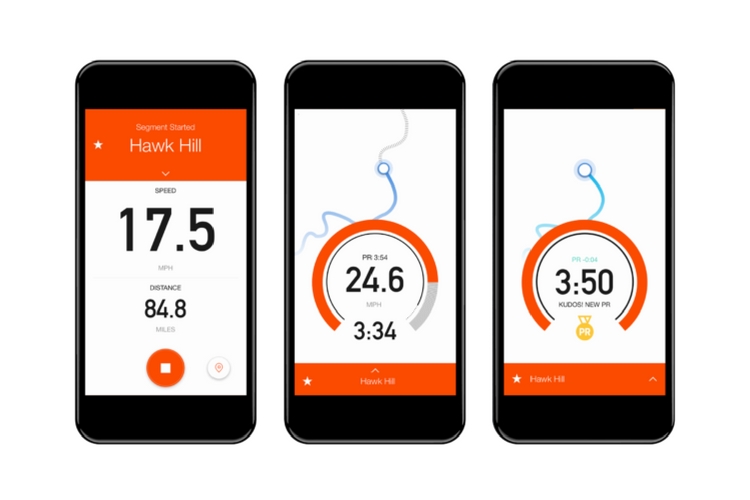 This app has been here for a while and it is still one of the best around. It makes use of the GPS tracking data in your device to map where you have been and also lets you compare yourself to other runners.

You can connect with them seamlessly, which will motivate you if you are failing to catch up. Downloading it will cost you nothing even if there is a subscription service named Strava Summit.

This one is not as good as Strava but it is still an amazing motivator. As you workout, the application encourages you to do more so that you can meet your pre-set targets. It also lets you set up “clubs” with people you are familiar with and it is home to a leader board to aid some healthy competition.

This is a calorie tracker and it possesses 27 million items that will help to monitor your meal intake. Users can also sync to fitness trackers such as Fitbit to incorporate fitness data.

The meal plan feature is especially useful since it lets you plan food for the weeks to come, which will help you work towards your target.

Are you set to stop smoking? This application transforms the process into a game, letting you unlock achievements as you begin to pile up non-smoking days.

Must Read: 10 Best Apps to Help You Crush Your Career Targets

It is also home to a leader board that will help you move up the ranks to be the Ultimate Kwitter. It is also possible to share your achievements on social media and encourage those you know to become a part of it.

It does not matter if you are training for the Tour or just wish to cycle more, this is a brilliant app for motivation. You can pre-set your cycle goals for distance and time and the application will help you to abide by them and even encourage you to do more. It also comes with a personal trainer that offers encouraging audio messages as you ride. If your goal for the year is to sleep more, then this app can make that happen. It monitors your heart rate and sleep rhythm to know how you are sleeping. It also provides customized tips on how you can improve. If you have no smartwatch, the app can still be used to input your sleep times manually.

This is the application for you when you do not want to go fully sober but still want to reduce your alcohol intake. Just log and monitor your alcohol consumption in glasses, pints, shots e.t.c. The app will convert these into units, making it simpler to monitor how much you are really drinking. It will notify you if you have gone beyond recommended guidelines. It also shows you how much money you have spent and calories consumed.

A New Year’s resolution is a tradition, most common in the Western Hemisphere but also found in the Eastern Hemisphere, in which a person resolves to continue good practices, change an undesired trait or behavior, to accomplish a personal goal, or otherwise improve their life.

At the end of the Great Depression, about a quarter of American adults formed New Year’s resolutions. At the start of the 21st century, about 40% did.

In fact, according to the American Medical Association, approximately 40% to 50% of Americans participated in the New Year’s resolution tradition from the 1995 Epcot and 1985 Gallop Polls.

A study found 46% of participants who made common New Year’s resolutions (e.g. weight loss, exercise programs, quitting smoking) were likely to succeed, over ten times as among those deciding to make life changes at other times of the year.

In a 2014 report, 35% of participants who failed their New Year’s Resolutions admitted they had unrealistic goals, 33% of participants didn’t keep track of their progress, and 23% forgot about them; about one in 10 respondents claimed they made too many resolutions.

A 2007 study by Richard Wiseman from the University of Bristol involving 3,000 people showed that 88% of those who set New Year resolutions fail, despite the fact that 52% of the study’s participants were confident of success at the beginning.

Men achieved their goal 22% more often when they engaged in goal setting, wherein resolutions are made in terms of small and measurable goals (e.g., “lost a pound a week” rather than “lose weight”).

There you have it – a comprehensive list of best tracking apps for your new year resolutions. If you have any personal favorites or any other recommendations, feel free to drop them in the comment section below.