Technology keeps getting better and better every day. Imagine paying a cashier by phone, without it leaving your pocket.

Google has said it is testing ways to let people use digital wallets without having to even take smartphones out of their pockets. The Internet colossus is dabbling with ways to make its Android Pay system for smartphones hands-free, with verification by facial recognition, Google product manager Pali Bhat said in a blog post. “Imagine if you could rush through a drive-thru without reaching for your wallet, or pick up a hot dog at the ballpark without fumbling to pass coins or your credit card to the cashier,” Bhat said. 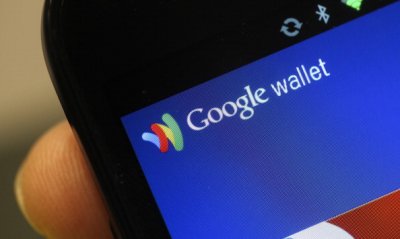 “This prompted us to build a pilot app called Hands Free that were now in the early stages of testing.” Hands Free became available for smartphones powered by Apple or Android software and was being rolled out at a small number of Silicon Valley area eateries, including McDonald’s and Papa John’s, according to Google. The digital wallet uses Bluetooth and Wi-Fi connections alone with location sensing capabilities in smartphones to detect when someone is near a store enabled with Hands Free payment technology.

“When you’re ready to pay, you can simply tell the cashier, ‘I’ll pay with Google,’” Bhat said. “The cashier will ask for your initials and use the picture you added to your Hands Free profile to confirm your identity.” At some locations, Google is experimented with using cameras in stores to recognize people with Hands Free digital wallets so they could pay without even pausing.

Since Android pay was launched in September, and average of 1.5 million accounts have been registered monthly in the United States and the number of locations accepting it has topped two million, according to Google. “We’re busy working to bring the convenience of Android Pay to more countries and a growing list of stores and apps,” Bhat said. Google’s mobile wallet competes with Apple Pay and others as people’s reliance on smartphones expands to using handsets to make payments.