Indian Gov. Could Move Against The World’s Cheapest Smartphone Manufacturer

Remembers some days back, we brought news to you that an Indian mobile phone manufacturer would be bringing to the market a cheap android device which would cost roughly N1500 ($4) featuring the Android 5.0 lollipop OS. As crazy as it sounded and still sounds, the said outfit, Ringing Bells had announced Freedom 251 in India at that price.

Upon the announcement many people stormed the pre order website of the smartphone (freedom251.com) to place orders for the phone. Ringing Bells however did announce that it was closing pre orders for the Freedom 251 smartphone and this generated a lot of protest in India by eager fans and customers. 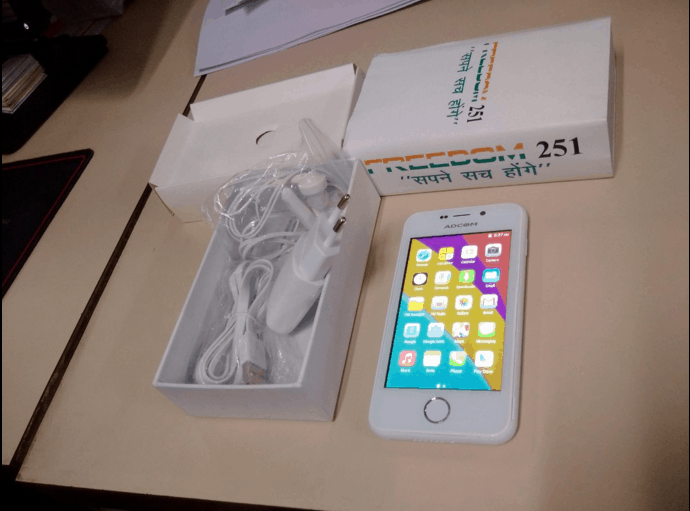 In another development, the Indian government has said it will take action against Ringing Bells should it fail to deliver the Freedom 251 smartphone at the price it promised. In a statement, the government said,

“If there are any, we will take action as per the law. Our department is keeping a watch,” he said. A new entrant in the flourishing Indian mobile handset market, Ringing Bells last week unveiled what is being touted as the world’s cheapest smartphone. However, concerns have been raised by the industry on feasibility of a 3G smartphone at such a lowprice.

Ringing Bells has said the manufacturing cost of the phone is about Rs 2,500, which will be recovered through a series of measures like economics of scale, innovative marketing, reduction in duties and creating an e-commerce marketplace.