By joshuaegeonu3 Mins Read
Share
Facebook Twitter LinkedIn WhatsApp Pinterest Email
Change is no stranger to  Durosimi-Etti, Herconomy’s founder as the community-based startup Herconomy takes another big step by pivoting to a fintech company and discontinuing its former product and model.

Remember that Herconomy’s pre-seed raise is one for the books. The startup’s funding story stunned the tech community last year. Within 24 hours of its founder, Ife Durosimi- Etti’s, Instagram post, the community-based startup raised $600,000 in funding to scale its SaaS product, which provided women with ongoing access to career opportunities and discounts from select brands.

Herconomy’s previous product accomplished some notable feats, such as bringing together a vibrant community of women and providing them with access to jobs, opportunities, and capacity-building workshops. Its business model was based on customers paying to gain access to these benefits. However, Durosimi-ambitions Etti’s for the startup extends beyond connecting women to opportunities. She has always envisioned Herconomy as a catalyst for women’s socioeconomic independence by actively assisting them in growing their wealth, managing their finances, and accessing capital for their businesses. 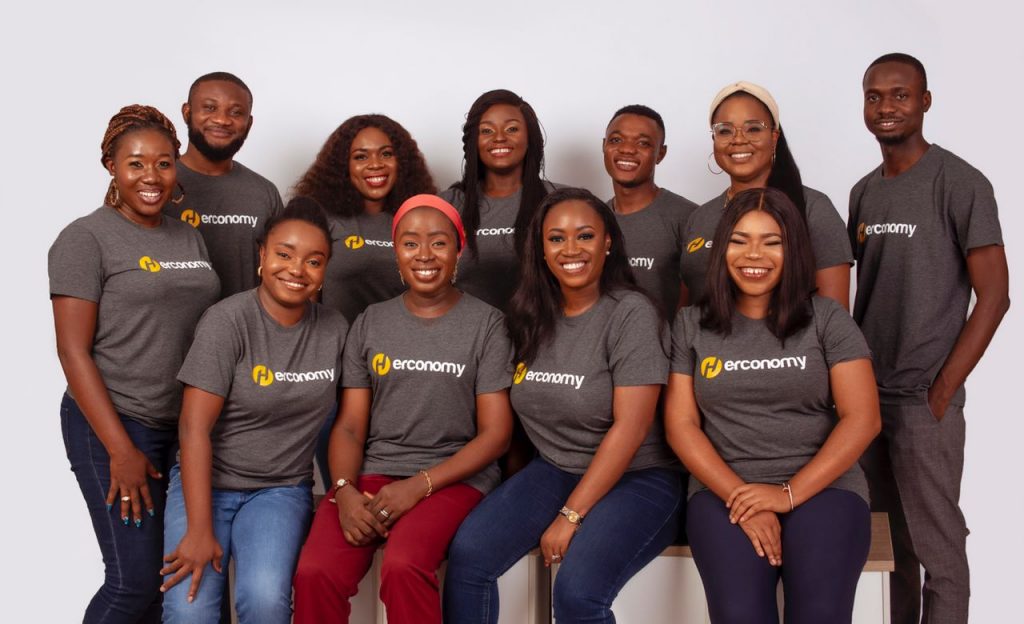 Herconomy’s slogan is “save, earn, learn, connect and thrive”. The company believes that saving is women’s first step towards financial buoyancy and wealth management. This belief in the life-transforming power of a saving culture might have come from the feedback and success of several saving challenges that the community ran in-house over the years.

Before launching this app, at least 500 women participated in Herconomy’s saving challenges and saved well over $100,000 in total. The app was piloted in April 2022 and already has about 5,000 active savers on it, according to Herconomy.

This new savings app is an important part of Herconomy’s ambitious goal. The savings product has two main saving plans: Vault and Float, which accrue 10% and 8% annual interest respectively. There is also an Accountability Partner feature through which friends can check in on one another while saving towards a goal. The app also has a Save as You Spend feature with which users can make orders and get about a 30% discount on select goods and services.

Herconomy currently operates in partnership with Providus Bank, with its customers’ funds secured and insured by AXA Mansard insurance company. Over the next few months, Herconomy plans to push beyond its cooperative license to secure a microfinance bank(MFB) license, enabling it to drive its core financial inclusion agenda.