How To Swim And Bath With Your Apple Watch

By David Folami4 Mins Read
Share
Facebook Twitter LinkedIn WhatsApp Pinterest Email
Nowadays, several devices are water-resistant, and the Apple Watch is not excluded. Unless you are using a 1st-generation Watch, owners are allowed to wear it as they bath, swim or as they run and sweat. In fact, the Watch will not just resist water, it will even expel any excess liquid that might have crept into it.

There is a fast way to ensure your watch does not get damaged by water while you bathe or before you swim. You can: 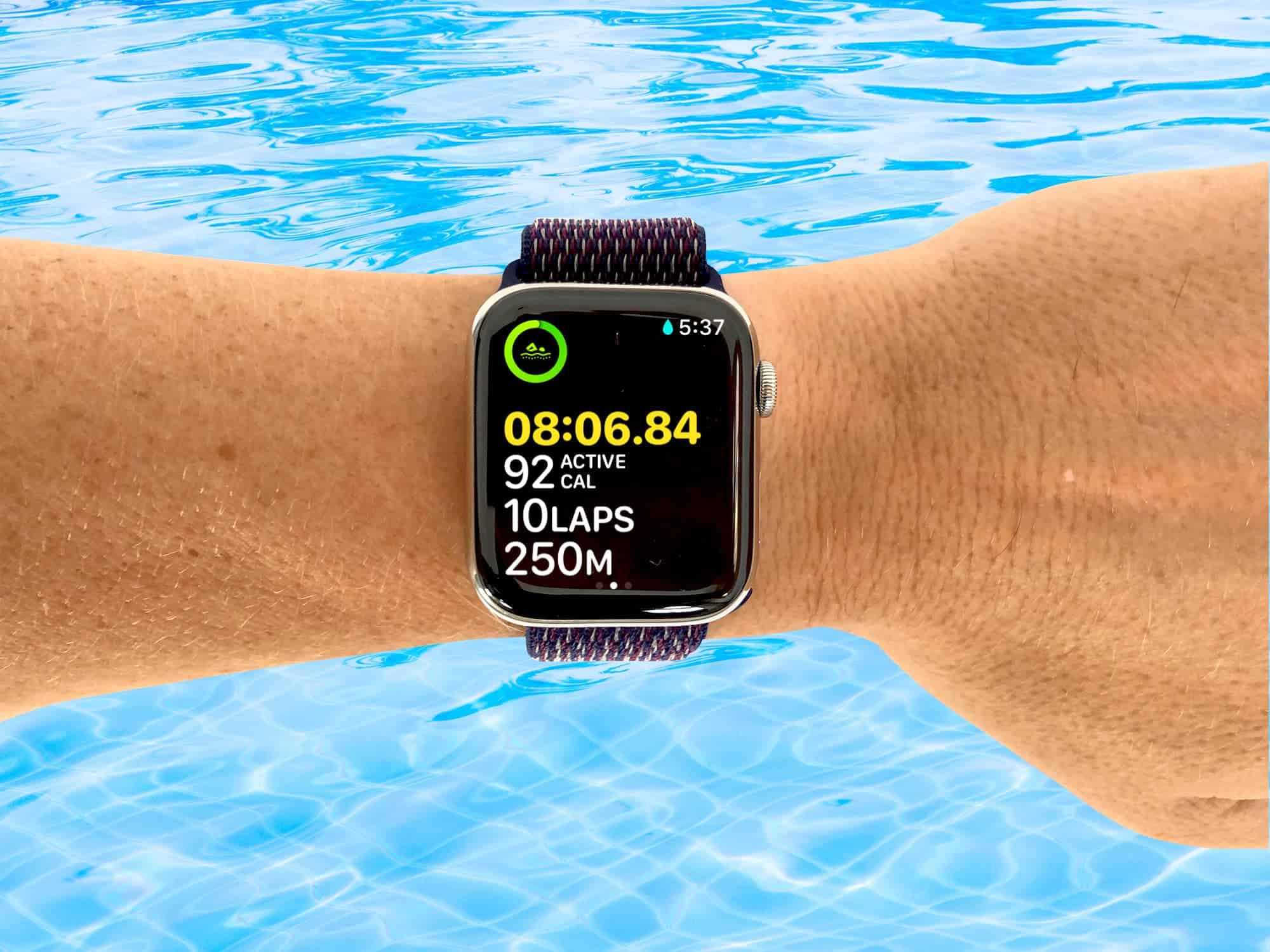 When you reach that point, a few things will occur: your Watch will seal up its speakers and microphones, and the screen will no longer respond to clicks and scrolls.

When you are done showering or swimming, simply rotate the Watch’s crown, it will beep for some time, expel any water that entered the speakers and mics and then re-enables the screen.

Your Watch will also be sealed if its activity monitor detects that you are in the pool or if it senses that you are starting a swimming exercise. Get your Watch unlocked when you are through by rotating the crown.

Please note that the Watch is just water-resistant, not waterproof. This means that it cannot cope with lower depths, (like scuba diving) or higher force (such as water skiing).

Must Read: Do You Even Need A Smartwatch

On top of that, Apple has also said substances such as soapy water, lotions, and sunscreen can wear out the Watch’s water-resistant seals. You are told to stay away from environments like steam baths and saunas too.

More Information About Your Apple Watch

The Apple Watch is a line of smartwatches designed, developed, marketed and sold by Apple Inc. It incorporates fitness tracking and health-oriented capabilities with integration with iOS and other Apple products and services.

The Apple Watch was released on April 24, 2015, and quickly became the best-selling wearable device: 4.2 million were sold in the second quarter of fiscal 2015.

The goal of the Apple Watch was to complement an iPhone and add some new functions. Kevin Lynch was hired by Apple to make wearable technology for the wrist. He said: “People are carrying their phones with them and looking at the screen so much.

People want that level of engagement. But how do we provide it in a way that’s a little more human, a little more at the moment when you’re with somebody?” Apple’s development process was held under wraps until a Wired article revealed how some internal design decisions were made.

The Apple Watch is available in multiple variants, generally distinguished by the material, color, and size of the casing, with special bands and watch faces available for certain variants co-branded with Nike and Hermès, which are also sometimes accompanied by other unique extras, like stainless steel charging pucks, premium packaging, and exclusive color basic bands.

There you have – a comprehensive tutorial on how you can swim and bath with the Apple Watch. If you have any questions or contributions, feel free to drop them in the comment section below.

Apple Watch how to Tutorial