How To Identify Apps Draining Your Battery on iOS (iPhones/iPads)

Long lasting battery, is a term that has not been used on iPhones since the first release. This is due to the lower capacity battery they always feature. Featuring this lower capacity batteries with compact shapes has helped Apple bring a lot of their designs to life without having an iPhone that looks big and bulky.

2. Select the last 10 days or 24 hours tab and click on show battery usage. 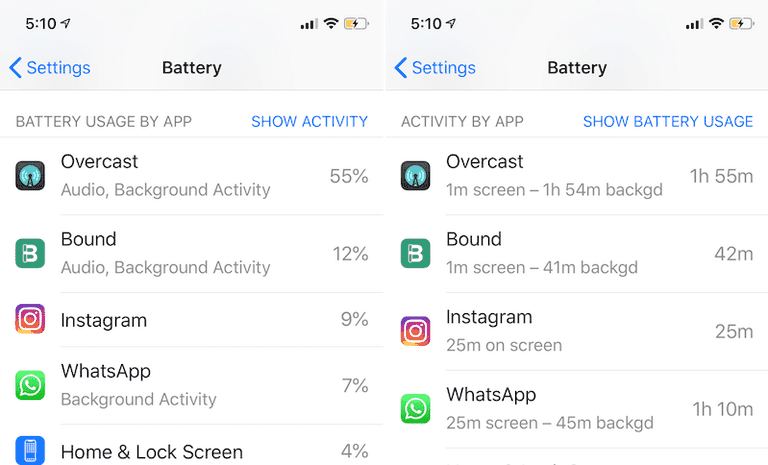 3. Scroll through the apps, while paying attention to the percentage figures on the side of the apps.

While scrolling through your list of apps and their battery percentage use, iOS may suggest things to you that will save your battery life. These suggestions may include, reducing brightness, putting your phone on low power mode e.t.c. You will have to pay attention to these suggestions, in other to better optimize your battery performance.

There you have it. You no know which has been draining the battery life on your iPhone and iPad. Feel free to use the suggestions above to optimize your iPhones for a better battery life and experience.