By joshuaegeonu2 Mins Read
Share
Facebook Twitter LinkedIn WhatsApp Pinterest Email
Earlier this week, Infinix teased its upcoming 180W Thunder Charge system, and now the company has revealed more information about it. Unlike the 160W Ultra-Fast Charge system we saw last year (which was just a concept), Thunder Charge will be available later this year and will debut on an unnamed flagship phone.

The new 180W charger is designed to charge a 4,500mAh battery to 50% in just four minutes. There will be a Furious Mode, similar to the Infinix Note 12 VIP, which charges at maximum speed, and a Normal Mode, which is still fast but keeps temperatures lower.

Must Read: INFINIX NOTE 12 VIP Launch, All the Details

Infinix disclosed numerous details about the Thunder Charge system. It will use two 8C batteries connected in series, each of which can only handle 90W of power. That’s still a lot of heat generation, so several layers of protection and efficiency improvements are in place to keep it to a minimum. 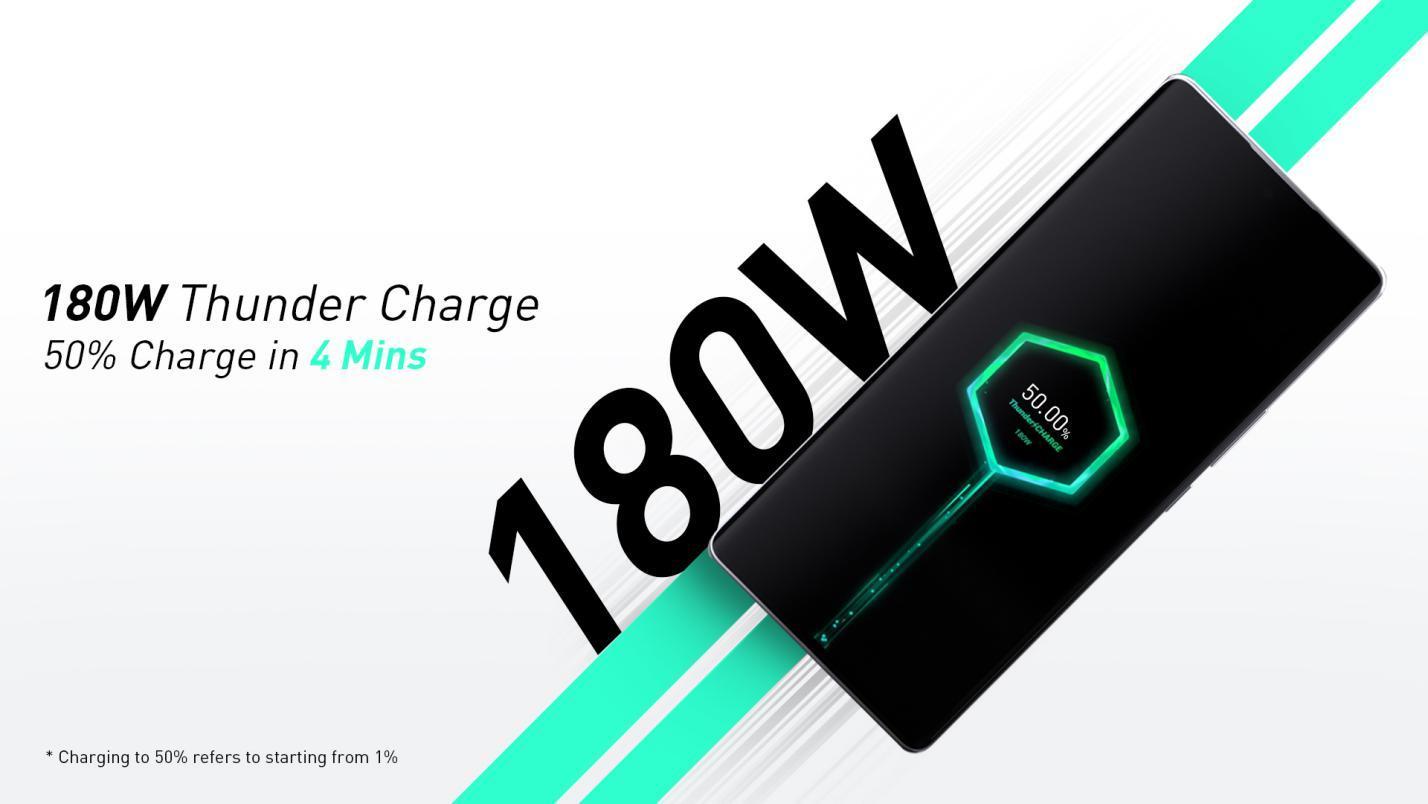 First, Infinix collaborated with leading battery manufacturers to develop a multi-electrode lug design that reduces the battery’s internal resistance by more than 50%. Three charge pumps with 99 percent conversion efficiency feed those two batteries (the best Infinix has used so far). These measures reduce heat generation but are insufficient to ensure safe operation.

There are 111 software and hardware security mechanisms in the Thunder Charge system. They monitor for things like high temperature, increased voltage, electromagnetic interference, and so on, and will stop charging if anything goes wrong.

Must Read: Infinix Launches Note 12 with a New Brand Ambassador

The USB port, charging chips, battery, and other critical locations are all monitored by 20 temperature sensors. To reduce battery degradation, the system aims to keep the phone’s temperature below 43°C.

Thunder Charge will use a special encryption chip to verify the charging cable’s authenticity to ensure it can handle the load. In those cases, other cables and the Infinix charger can be used to charge. But the power is limited to 60W or 100W. USB Power Delivery uses a similar system to test the capabilities of the cable. Thunder Charge has been certified as a TÜV Rheinland Safe Fast-Charging System. The first phones to feature Infinix’s 180W fast-charging system will be available in the second half of this year.