By Oscar Frank4 Mins Read
Share
Facebook Twitter LinkedIn WhatsApp Pinterest Email
The Infinix Note 7 series has been released and we have two devices on this series, the Infinix Note 7 and the Infinix Note 7 Lite. The Note series of android devices are smartphones that focus on giving users maximum user experience and also devices that are tailored for business purposes. I will be sharing with you some of the great features of these new devices, and this article is specifically touching on the newly announced (as at the time of writing) Infinix Note 7 Lite. 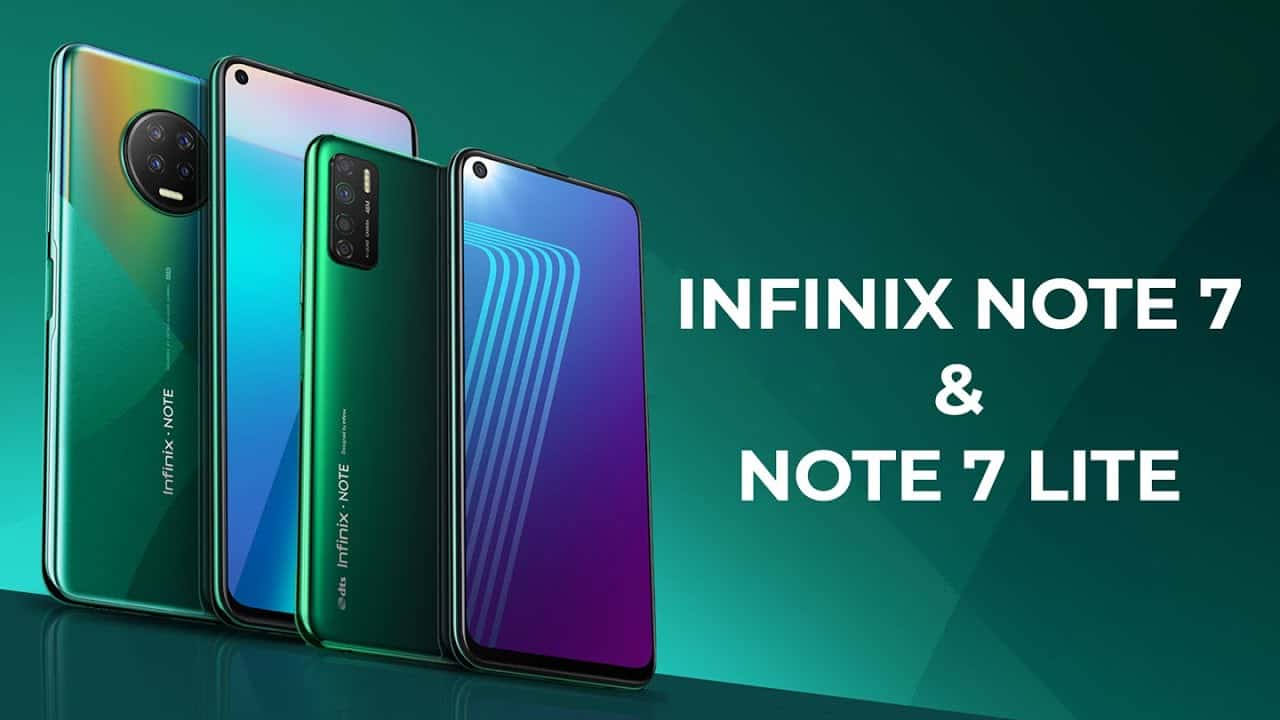 Infinix smartphones are well known in the industry as one of the leading devices when it comes to amazing battery life. Over the previous years, Infinix had always installed 4000mAh battery on most of their smartphones, and with this capacity of battery on the devices, users can for sure expect a whole day use on a single charge from the smartphones and the Note 7 Lite isn’t an exception in this regard.

We don’t get to see 4000mAH this time but here is a whopping 5000mAh battery which is one feature a lot of people in this part of the world would give anything for on a smartphone. With the 5000mAh battery, you should be able to get a full 3-day standby time or over a day and a half use from just a single charge.

If for one thing, everyone who thinks of getting a smartphone definitely loves to have the device bundled with picture taking capability, not forgetting the ability to record nice videos. On here, there is a Quad 48-Mega-pixel lens with other 2-MegaPixel lenses on the Infinix note 7 lite. These cameras work really well on almost all occasions.

With the camera on the Infinix Note 7 Lite you can shoot great photos in perfectly lit conditions, although there is a clear struggle when it comes to low light situations. Infinix makes it possible to shoot those nice shots in 48-Megapixel mode and you also have the regular 12MP mode. It is important to note that the difference in the different megapixel modes isn’t night and day though.

The Infinix Note 7 Lite is yet another smartphone that features the MediaTek Helio P22 chipset, the same as that found on the TECNO Camon 15 and also the TECNO Pouvoir 4 Pro. While it might not be the fastest device there is out there, but considering the price, you get an amazing 4GB of RAM and 64GB of internal storage for nice multitasking, and having a reasonably sized space to store a lot of media content as you would.

This storage option available sets it amongst the must pick from around the same price category.

The last but definitely not the least feature that has made the Infinix Note 7 Lite an excellent smartphone considering the price is the build you get for the amount you pay. Speaking of builds, this smartphone comes in different colors such as, Space Grey, Purple and Luzern green. The most beautiful of all in our opinion is Luzern Green. For most people out there, this might not be a perfect one-handed use device, but people tend to feel really comfortable with these huge devices sporting 6.6-inch as it gives users a perfect media consumption experience.

The Note 7 Lite is made of plastic and other things to note about the display are 20:9 aspect ratio and a 720 x 1600 resolution.

So there you have it, some of the best and amazing features you get from the Infinix Note 7 Lite. Do let us know if you have more features to share with other readers in the comment section below.