List Of All Tecno Android Smartphones and Their Prices

Today I’m compiling a list of all the major Tecno Android smartphones and their current prices in Nigeria if you wish to lay your hands on one. I sure believe you would not regret purchasing one, as I will provide vital information including their specs below. 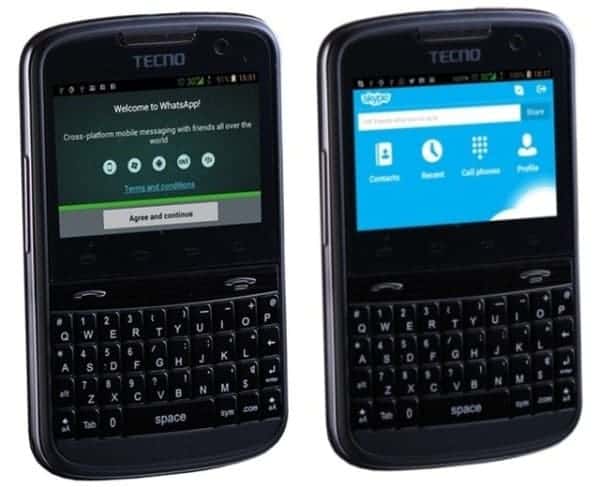 The Tecno Q1 is a basic and simple Android smartphone that runs the Android 4.0 ICS OS. It boasts of an internal memory of 512MB and up to 32GB removable card slot. Built with a 5MP primary camera (flash inclusive) also has a secondary camera (0.3MP) which can be used for video calls . It supports dual mini SIM cards and has a QWERTY keyboard operation. 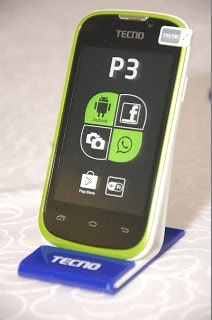 Another cheap android 2.3.5 Gingerbread OS driven smartphone with a 3.2MP primary camera and 0.3MP secondary camera built to support dual Mini SIM of which one supports 3G and the other 2G network. It runs a 512MB  RAM on it’s 1GHz single core processor and 3.5″ capacitive touch screen. You can view a complete Tecno P3 Review here. 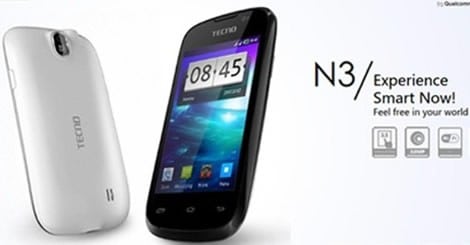 Also a dual Mini SIM supported Android 2.3.5 Gingerbread mobile phone with 3.5″ LCD. It boasts of a 512MB RAM and supports external memory of up to 32GB. Infact the Tecno N3 is the predecessor of the P3, and the Tecno P3 is an upgrade of the N3. The Tecno N3 lacks the secondary camera function but bears most same specs as does the P3.

Price Of Tecno N3: After checking the prices on various marketers slots, we averaged the price to N13,000 ($80) 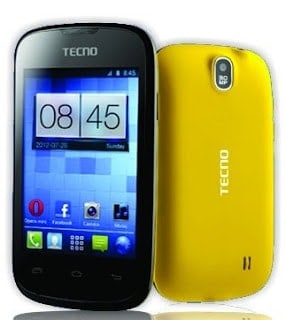 The Tecno D3 was built with a 3.5″ Touch screen, also supports Dual Mini SIM configuration just like most other Tecno smartphones, and runs the Android 2.3.5 Gingerbread OS like most cheap and smaller Tecno Android smartphones. It is built with a 3MP primary camera and as well a secondary camera. It’s internal storage memory is 256MB and a 512MB RAM. One thing I dislike about the Tecno D3 is it’s nonsupport for 3G. 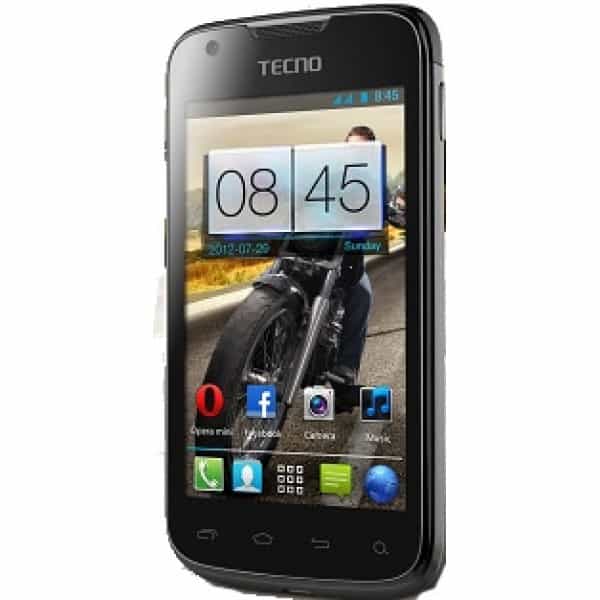 This is a higher Android smartphone which enjoys the Android 4.0 Ice Cream Sandwich just like the Q1. A RAM if 512MB and 1GHz processor. Also a Dual Mini SIM supported smartphone with 3MP primary camera and a secondary camera. Also does not support 3G network but is quite a cheap and wonderful android mobile device. 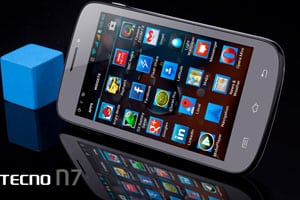 One of the most expensive in this list but definitely worth it. It also runs the Android 4.0 Ice Cream Sandwich OS, supports Dual SIM and supports 3G. It’s screen is a capacitive 4.0″ touch screen with a 5MP primary camera (has flash) and a 0.3MP secondary camera. It has a 4GB internal memory and an external memory of up to 32GB can be used on this device.

Tecno F7 (Phantom A) Features/Specs and Price In Nigeria 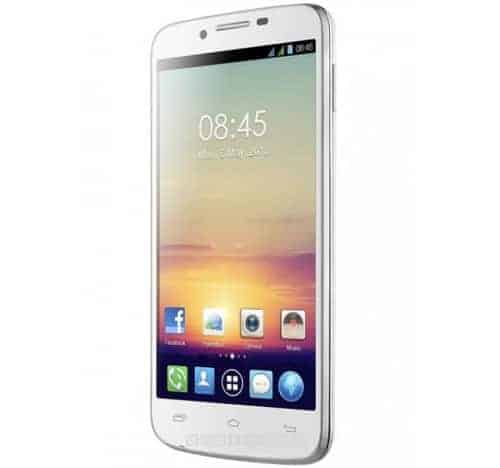 I really love this Android device and sure would by the time you get to know about it’s features. Runs the Android 4.1.1 JellyBean OS with a super 5.0″ HD touch screen, a 1GHz processor and a 1GB RAM. It has a 4GB Internal memory and supports an external memory of up to 32GB. An 8MP (with flash) primary camera and a 1.2MP  secondary camera are parts of this smartphone. You can read more about the Tecno F7 Phantom A Specs and Review.

This is a comprehensive list of all Tecno android smartphones and their prices around Nigeria, Ghana, Kenya, Uganda and around Africa if the prices are converted to the home country in question.

I would keep this list updated once I come with more information for the Tecno Android smartphones.