Technology has done is more good than harm in our dispensation. In ancient days, there was nothing like smartphones, We made us of smoke signals to pass messages across. But thanks to technology who has really been of help to the world at large. 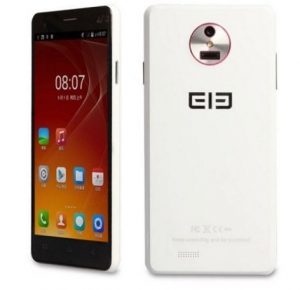 Elephone is a HongKong based smartphone making company. They have registered themselves in the smartphone manufactures with their amazing smartphone which comes with great Features and Qualities as well.

In a detailed article, we will be talking lecturing you about Elephone P3000S. It is important we let you know that it comes with great features, which makes it interesting to make use of. The Phone in question Elephone P3000S was Launched in January 2015.

Elephone P3000S weighs 149 grams, In terms of design language, the theme here is a bold black and silver. Also, it is made up of black plastic all the way around, which is the same tie peppered with silver for the buttons and the logos. Have it in mind that at the top, you will find the micro-USB port and the 3.5mm headphone jack.

The only other color is the red edge around the section for the camera, flash, and fingerprint reader. On the front are the 5 inches, 720p display with a set of silver capacitive keys towards the bottom, and a silver earpiece towards the top.

Elephone P3000 is the MediaTek MTK6582. It has a quad-core Cortex-A7 processor which is coupled with a Mali-400 MP4. Please know it that these are common specs for low- and mid-range devices coming out of China. Elephone P3000 scored 17,782 on AnTuTu and managed to chalk up 48.4 frames per second on Epic Citadel.

Furthermore, the phones A7 happens to be one of ARM’s most power efficient core designs, however, it won’t break any performance records. The same can be said for the Mali-400 GPU. Elephone P3000S  processor is capable of running the UI without any lag or delays, as well as your 3D gaming works without any problems.

Elephone P3000S runs on an Android version of Android 4.4.2 and uses a lightly skinned launcher with its own icons for standard apps like Settings, Camera, Clock and so on.

Talking about battery capacity, People happens to take this part very seriously. Elephone is also good in terms of manufacturing smartphone that has an amazing battery of Li-ion Battery 3150mAh Rechargeable Polymer battery.

Also, know it that the battery of this smartphone is so capable of handling the affairs of this smartphone. It lasts longer when it is been fully charged. In the area of battery life, you really don’t have issues.

It is important we make it known to you that Elephone P3000S packs an amazing camera of 13MP rear-facing camera and a 5MP front-facing camera for a selfie. Bear it in mind that  The pictures aren’t bad for a device at this price point. The color reproduction is generally good, however, in low-light conditions, the colors can be a bit washed out.

Elephone is doing all they can to make sure they retain their hard earned customers before they lose them forever. I really like their smartphones, And am considering their phones if I can make use of one.

For those of you interested in owning this smartphone, Have it in mind that you can purchase this device via out online, offline stores for About 180 USD, and N65,000 In Nigeria depending on your geographical location.

Elephone P3000S is a wonderful smartphone that has all you need or require in a smartphone. It comes with amazing specs which makes it interesting for use. Give it a try, you will really enjoy it.