Here comes another great one from the search engine giants and they call it Google Pixel 3 XL, which is the predecessor of the Google Pixel 2 XL. This is the latest smartphone from Google and it was launched in October 2018. 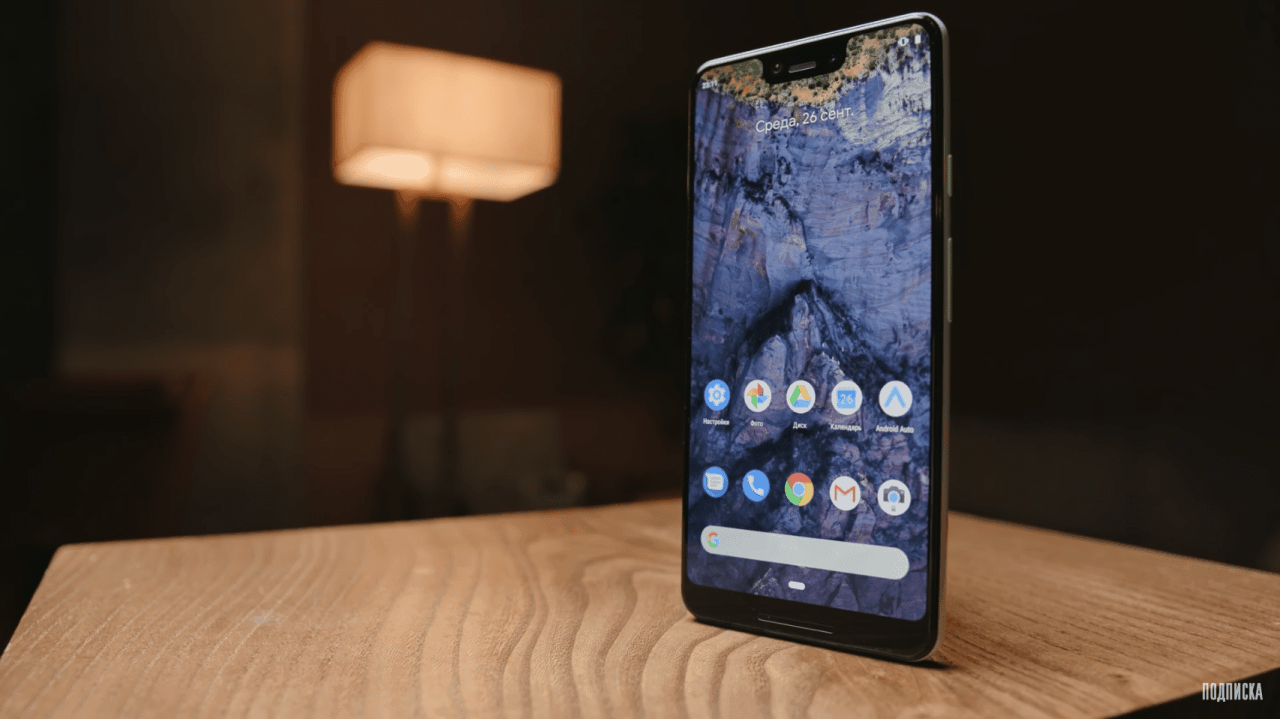 The Google Pixel 3 XL, does not feature many changes from its predecessor. Yet, it is one of the most accomplished smartphones that Google has made, with a few caveats, like the 6.3-inch OLED screen and other minor changes that will be revealed further in this article.

The Google pixel  3 XL is prone to scratches despite the Gorilla Glass 5 that is featured on both the back and front sides of this device.

The Google Pixel 3 XL has a similar look to the Google Pixel 2 XL, there is no much or drastic change in the design of this device, except for few design tweaks instead of a completely re-imagined device.

You still get a tall display with the 6.3-inch OLED screen, complete with a notch at the top, which makes the device look modern, but there is still a presence of a sizable chin located at the base of the screen.

Just like the Pixel 3, you still get the dual front-facing speakers, which seems to be the reason for the presence of the bottom bezel, and they’re 40% more powerful than the stereo speakers that are on the Pixel 2 XL.

The Google Pixel 3 XL still retains the same form factor just like its predecessor but increasing the screen size of the device. That is to say that the Pixel 3 XL still retains the comfortable feel in the palm, and this makes it easy to operate it using one hand. We still have some features such as the dual-contrast glass design at the back but has reduced the size of the glossy glass section that is at the top of the smartphone, in order to give you a cleaner look. The muted finish takes a majority of the rear and it also feels like rubber, but provides you with a highly grippy and fingerprint-free surface, while remaining glass. It actually feels, and, looks great.

This smartphone still retains their single snapper residing in the top-right corner alongside a LED flash at the rear and it also houses a fingerprint scanner at the back of the device which is easy to find with your forefinger, while the lock key/power located on the right side of the device is easy to locate, although a certain number of persons will still find it a little high up the side to reach instinctively. Talking about colors, this device comes in three colors, which are the Just Black, Clearly White and Not Pink, just like we have in the Google Pixel 3.

Here comes one of the most exciting upgrades in the Google Pixel 3 XL. It has the same camera setup like the Pixel 3.

Google has been known for always featuring a single main camera, and it still the same with Pixel 3 XL. At the back of this device is seated a 12.2 megapixels, which has an optical image stabilization, dual pixel phase detection, laser autofocus, and supports high dynamic range (HDR). 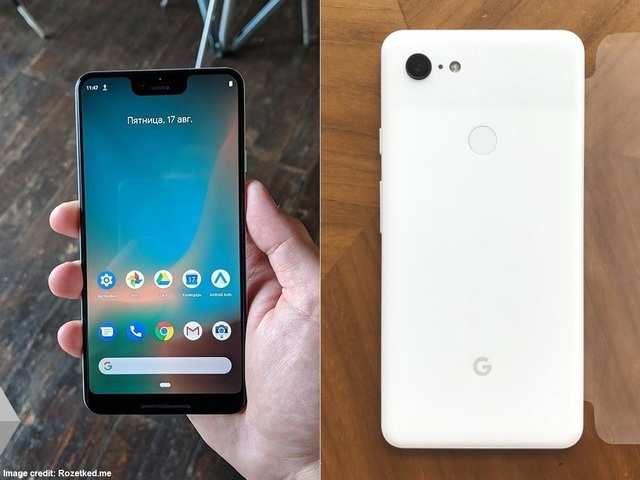 The A.I. powered camera in the Pixel 3 XL takes shots before and after you press the shutter button, then analyzes them in order to suggest the best options. The camera also offers an amazing portrait mode that is capable of blurring the background for the perfect bokeh, it’s also capable of automatically tracking subjects, so you don’t necessarily need to keep tapping to refocus. The camera also features a new zoom option that allows you to zoom in, even without a telephoto lens, with the A.I. filling in the gaps and also providing you with the details you want.

The front-facing camera is where Google features a bigger upgrade, it has an 8.1-megapixel telephoto lens (f/1.8 aperture) and another second 8.1-megapixel wide-angle lens (f/2.2 aperture). This perfect combination enables you to capture more background or great group selfies, and it also performs well in low light, which makes it perfect for taking shots indoors or at night.

Google also offers free Google Photo storage and it is unlimited for every full resolution photos and videos you take with the Pixel 3 or 3 XL.

The Google Pixel 3 XL comes with Qualcomm Snapdragon 845, which is an upgrade over the Pixel 2 XL’s Snapdragon 835.

In Geekbench 4 tests the Pixel 3 XL hit 2,376 for its single-core score and raked in 8,393 in the multi-core test. The figures are quite acceptable, nevertheless, it can’t compete with even the much cheaper OnePlus 6 or the amazing iPhone XS’ A12 Bionic, they are sure to outpace it.

It’s nice to know that Google has pretty much the best take of Android 9 Pie running out of the box here, with the Pixel Launcher added on top.

What the Google Pixel 3 XL does is showcase how neatly all of Google’s services and apps integrate. Getting things done in Gmail and other stuff like attaching files from Drive is simple while storing up pics to the Photos app with all its management tools and intelligent tagging seems to very much appreciated by those selfie freaks.

The search engine giants have also created and introduced what is known as the Digital Wellbeing, a suite of features that allows you to know how much time you’ve spent staring at your phone and apps. The main idea of this is to effectively nudge you to take a digital detox if needed, by simply setting the duration of time you want to spend while using such apps.

Just like the battery life of the Google Pixel is not in any way setting the pace, neither is their storage, which is not expandable and only comes in either 64GB or 128GB options, they are both fine except you go mad on apps and massive files. Nevertheless, thanks to Google’s cloud which allows you to store your images and files, so storage is not completely an issue.

The Huawei P20 Pro, Samsung Galaxy Note 9 and Huawei Mate 20 Pro all have huge 4000mAh or even bigger cells with impressive endurance.

It’s quite a shame, that the recent Google smartphone, the Pixel 3 XL lags behind, bearly carrying you through a day of heavy use. The pixel 3 XL really drains power when you stream music or videos, more especially when it is done using a Bluetooth connection.

The Pixel 3 XL battery life is one of the features of the device that has disappointed me when you start comparing it to other similarly sized phones. Though the battery life can still get most people through the day, with a modest workload and approximately four hours of screen-on time. But if you throw on it with much workloads like, multiple email accounts, taking pictures with the camera & video watching, then you are sure to hit red before going to bed.

If you can look past the notch, you will notice that the Google Pixel 3 XL is an excellent phone and it is easy to navigate and use. For those whose primary way of taking pictures is through a smartphone, then you really need to consider the Pixel 3 XL. Though the Pixel 3 XL is not flashy, yet with a camera as good as this, then it doesn’t need to be.