Huawei is a Chinese based Smartphone making company. They have been impressive and same time won the heart of so many with their amazing smartphones which have the quality to keep you comfortable and happy as well. 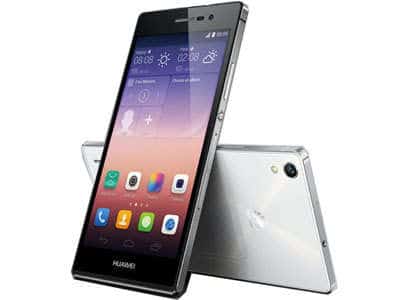 Everybody wants to make use of a smartphone, we have other smartphone manufacturers such as Tecno, Itel, Samsung and iPhones respectively with each trying to impress their various customers. Huawei doesn’t want to be left behind.

We will be briefly talking about Huawei Ascend P6. Know it that Huawei Ascend P6 comes with amazing features and qualities which happens to be eye-catching. This is a smartphone everybody will really want to make use of without double thinking. The phone we are about to highlight was launched in June 2013. All you need to do is kindly go down through this article in other to know the phone better.

Having gone through the, Know it that Huawei Ascend P6 features a narrow body with a curved bottom and iPhone 5-like sides, which appear to be made of some sort of alloy. Huawei Ascend P6 is been built with an aluminum body cover, and it comes in amazing colors such as White, Black, Pink color variants respectively.

It also comes with SIM card and SD card trays, alongside a volume toggle and the power button. While on the top, we can spot a micro USB port, while the 3.5-mm headphone jack can be seen on the bottom.

Know it that Huawei Ascend P6 happens to be one of the best smartphones with its industry-leading design, high-quality camera, and intuitive user interface. Note that Huawei’s proprietary Emotion UI,” said Richard Yu, Chief Executive Officer, Huawei Consumer Business Group. “Building on the success of our Ascend P series of fashion smartphones, the HUAWEI Ascend P6 provides unsurpassed technology and a design that is simply stunning.”

The smartphone features a 1.5GHz quad-core processor and a sleek metallic body. With its 4.7-inch high definition in-cell display, and outstanding software. The HUAWEI Ascend P6 is the embodiment of elegance with an edge.

Huawei Ascend P6 runs on an android version of 4.2.2 operating system that takes charge of handling the day to day activity of this device. Also, it has 4.7-inch HD in-cell LCD screen technology, and ‘MagicTouch’ for enhanced screen responsiveness even when you are wearing hand gloves.

One of the important factors most people consider before getting a smartphone is the camera aspect. Gone are those days when we normally wait for a cameraman to take a shoot at us may during a ceremony or an event.

Above all, people take a proper look at the battery capacity before getting a smartphone. If the battery is no way a good one, they will not think of getting it. Huawei happens to be among the smartphone making company that has a good battery.

The smartphone in question Huawei Ascend P6 is been packed with 2000mAh Li-Po battery. The battery life is capable of handling the activities of the phone. It last long enough when it is been fully charged, Although much was expected.

For those interested in getting this smartphone, It is important we make it known to you that it can be purchased via our online/offline stores for a price tag of About 420 USD, and N150,000 depending on your location

Huawei Ascend P6 is a good smartphone you really need to make use of considering its amazing specifications and sharp qualities as well.