Huawei Technologies happens to be a Chinese multinational telecommunications-equipment and consumer-electronics company which is based in Shenzhen, Guangdong, South China. have it at the back of your mind that Huawei deployed its products and services in more than 170 countries, Which later became the largest telecom operators in 2011. 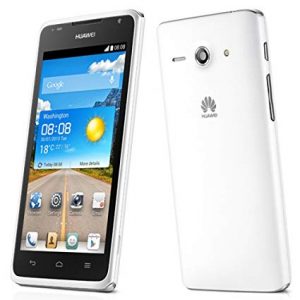 It is important we make it known to you that Huawei has really been impressive in terms of smartphone manufacturing. Huawei has an amazing smartphone in its name which is been loved and appreciated by all who come across it.

Huawei Ascend Y530 is a wonderful smart device which you will really not afford to lose or fail to make use of considering its amazing features and specifications as well. Please bear it in mind that the smartphone was said to be launched in February 2014.

Huawei Ascend Y530 is been made up of a plastic body and attractive colors such as White Black and Red colors respectively. Also, The phone comes with a 4.50-inch touchscreen display with a resolution of 480 pixels by 854 pixels.

Huawei Ascend Y530 smartphone comes with a slim body which makes it portable and easy to carry about. The phone is really cool and so smooth when been handled with your hands on it.

The smartphone in question Huawei Ascend Y530 is been powered by 1.2GHz dual-core processor which is also coupled with a huge 512MB of RAM. Huawei Y530 packs 4GB of internal storage which can also be expanded with the help of a Micro SD card.

To be frank with you, one of the important factors I consider before getting a smartphone is the camera aspect of any device am going for. Coming down to the rear camera of Huawei Ascend Y530, packs a 5-megapixel primary camera on the rear and a 0.3-megapixel front shooter for selfies.

Huawei happens to be among the best smartphone manufacturers who boast of interesting and powerful battery capacity. The previous smartphone produced by Huawei is something I cannot explain.

It is important we make it known to all interested in purchasing this smartphone, have it at the back of your mind that you can obtain this smartphone via our online, offline stores for a price tag of About 200 USD, and 74,000 In Nigeria depending on your area of location.

Looking for a smartphone to go down with, give Huawei Y530 a try, you will not regret it considering its wonderful eye-catching specifications and features. Know it that Huawei is determined to make their customers happy with their recent launching.