Despite the lack of Google services out of the box, Huawei Mate 30, which was launched alongside the pro has finally launched in Europe. The new smartphone was first introduced and launched in Malaysia, but currently in other parts of the world including Europe, albeit with limited coverage. We are yet to discover if the Huawei Mate 30 introduced in Europe is actually imported models or the official EU models. 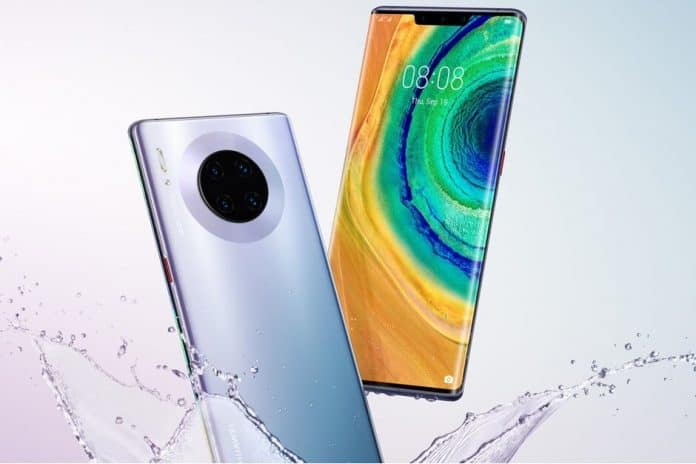 The new smartphone was both announced and launched in September 2019 alongside the pro version. It ships in with a host of interesting features and specifications. You can see some of the improvements reflect in the power section, camera section, as well as the performance of this smartphone.

The Huawei Mate 30 is a special phone, one that you can hardly sport any weakness from a usability perspective, and performance, the phone ticks virtually all the right boxes, though the current Google uncertainty makes it difficult to confidently recommend it to an average smartphone user. Nevertheless, let’s get down with the Huawei Mate 30 review in proper.

The Huawei Mate 30 has a million-dollar kind of look, though the price tag at which the device arrives is way less than it’s the optimal value. Every inch of the Huawei Mate 30 radiates and feels luxurious.

The smartphone comes with well-curved edges that curve nearly 90 degrees. It drives in with a similar look like the Samsung flagships, although it is curvier.

Huawei was able to achieve a nearly-bezel-less device which became possible as a result of the ultra-slim frame which is much thinner than those features on their other phones. The Huawei Mate 30 features a 6.62 inches OLED capacitive touchscreen with a resolution of 1080 x 2340 pixels and an aspect ratio of 19.5:9 (~389 PPI density).

When you look at the side of the new smartphone, you will not see it anymore by the side because it has been taken away and replaced with a software solution. You have to tap by the edge of the screen, above the power button twice to activate the volume. The power button is still physically present and responds very well.

I was glad to still find the USB-C port which is located under the smartphone alongside a speaker, and the hybrid dual Nano SIM card/memory card tray. Also, you’ll find an IR blaster that lets you control TVs, AC, and other appliances – This is something that other competitors don’t offer these days.

Finally, the smartphone is presented in four colors which are the Emerald Green, Space Silver, Black, and Cosmic Purple.

The Huawei Mate 30 appears with a total number of five (5) cameras which is sub-divided into triple primary cameras, and dual selfie cameras.

Some of the features of the triple primary cameras include a dual-LED dual-tone flash, Leica optics, HDR, panorama, and capable of carrying out a 4k video recording.

Meanwhile, the selfie cameras don’t have LED flash but are capable of taking impressive pictures even in a low light condition. The selfie cameras are made up of a 24 MegaPixel with an f/2.0 aperture, while the second is a 3D TOF camera.

The Huawei Mate 30 runs on the company’s EMUI 10 Operating system which is based on the Android 10 OS. When you are wondering what could be the brain behind the beautiful graphics produced by the smartphone, just know that the Mali-G76 MP16 GPU is the brain behind the graphic performance.

Powering the Huawei Mate 30 is a powerful Non-removable Li-Po 4200 mAh battery which ensures that the smartphone is up and running. The battery supports fast battery charging (40W fast charge), as well as supports 27W Fast wireless charging something I personally fell in love with as soon as I noticed it.

There is yet another interesting feature that the battery arrives with and it is the Power bank/Reverse wireless charging that allows you to use your Huawei Mate 30 to charge other devices.

You can purchase this device from Huawei’s official website or other online stores as well as offline stores and any Huawei authorized dealers near your region. The prices of these products might slightly differ as a result of region and location.

There are different reasons why different people would want to purchase different kinds of smartphones. There are those who want to buy a smartphone because of the camera, large screen and all that.

But, if you actually want a smartphone with top-notch hardware, impressive images, something a little exclusive, if you don’t really mind tinkering with your phone, hate volume rockers, and you are willing to take a chance with your smartphone, then the Mate 30 Pro is the smartphone for you.

But, if you don’t an expensive smartphone, You’re security conscious, Don’t want to mess with sideloading apps, and want the possible returns on your money.