The Huawei Y9 Prime 2019 happens to be the second Android smartphone produced pop-up camera design in the Huawei’s P Smart Z. The new smartphone is the latest smartphone from the company and comes along with a lot of great and interesting design and a sharp display. In this article we go deep in the Huawei Y9 prime 2019 review, exploring the specs, features, and price of the Huawei Y9 2019 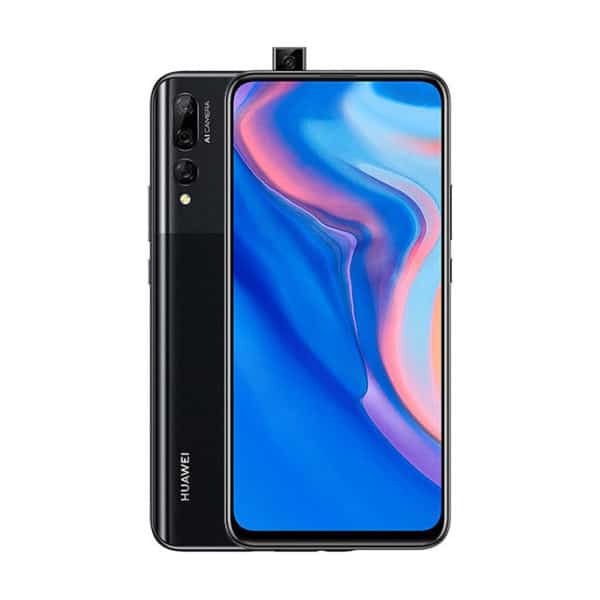 The Y9 Prime 2019 also features a sizable display with the latest triple trending primary cameras, pop-up selfie camera and a large battery life that offers you a decent amount of use time. Below is our full review of the latest Huawei’s smartphone.

Looking at the Huawei Y9 Prime 2019 you will notice it is blessed up with a full-screen display. The bezels by the side of the smartphone are well-trimmed, as well as the very slim top and bottom bezels.

The notch-less full-screen display was made possible as a result of the pop-up front camera mechanism employed by the manufacturers. Don’t get it twisted, you will still find a small amount of chin which allows user’s fingers to have space to swipe. The screen of the new device is a 6.59-inch IPS display which offers a clear and bright display. It has a resolution of 1080 x 2340 pixels.

There is a noise-canceling mic, the hybrid dual SIM card tray, and the pop-up camera mechanism on the top of the new device. We were happy to find the 3.5mm jack on the bottom of the Huawei Y9 Prime 2019. Guess what? It didn’t come alone, you will still find other components such as the single-downward firing speaker, a noise-canceling mic, and USB-C port.

One of the most exciting features about the Huawei Y9 Prime 2019 camera is that they all support AI photography. The new smartphone was designed for great photography and it is also capable of recording full HD video.

The new device has a total number of four cameras which comprises of a single selfie camera, and triple primary camera sensors. The trendy pop-up front camera is 16 megapixels sensor which automatically pops up anytime you want to take a selfie. It also automatically retracts and hide when you are done taking selfies.

Meanwhile, the back of the  Y9 Prime (2019) is where you find the triple primary cameras which comprise of a 16 megapixels wide-angle camera which is the main sensor. The second is an 8 megapixels ultra-wide-angle camera, while the third is a 2 megapixels sensor for depth sensing.

The primary cameras are assisted by a powerful LED flash and they also produce nice images and are packed with lots of AI technology.

Powering the Huawei Y9 prime 2019 is an octa-core Kirin 710F chipset which has a dual-cluster architecture with two quad-core processors running at 2.2GHz and 1.7GHz respectively. Also, for all your graphics and gaming performance, you have the Mali G51 MP4.

The smartphone uses the Android 9 (Pie) with EMUI 9.0 slammed on top. For all your multitasking purposes, you will find the 4GB RAM with a 64GB internal storage. Or you can choose to go with the 4GB RAM and the 128GB internal storage. Luckily, the storage of both models can be further expanded up to 512GB using the memory card slot.

We ran a test on the performance of the smartphone, it’s not really far from what we expected from a combination Mali-G51 MP4 GPU and 4GB of RAM.

The gaming and multi-tasking performance was pretty impressive. We were able to play graphically demanding games such as the PUBG and Asphalt and they both performed well, though you would need to set them at the lowest in order to enjoy them. It is also possible to play AR games with the Huawei Y9 prime 2019 as it has a Gyroscope sensor. Also reading of documents, jotting notes, and others where fun to perform as a result of the full-screen display.

Some of the connectivities you will find on the smartphone includes, Bluetooth, LTE, Wi-Fi, and others. The map locations and pinnings were very accurate.

Just like the brilliant design, the battery is not lacking either as the new device arrives with a 4,000mAh battery. During our test, the battery was able to deliver a number of 16 hours and 32 minutes.

During our video streaming test where you set the brightness at 50% and 60%, while the smartphone was on airplane mode, the battery was able to offer us 18 hours and 28 minutes. There has been no record fo any fast charging tech.

The Huawei Y9 Prime (2019) comes with a fair price tag considering the various interesting specifications and features the smartphone comes in with.

It’s currently on sale and you can purchase from most online stores and authorized distributors around your region. The price may slightly differ either upwards or downwards depending on your region and the deal.

One of the selling points of the Huawei Y9 Prime 2019 is its large display. Nevertheless, there are other selling points such as the large battery life, EMUI 9, moderate performance, and an attractive-looking smartphone.

If what we have listed above are some of the things you look out for in a smartphone then you can easily grab one of it for about $235.

Nevertheless, if what you want in a smartphone revolves around a powerful gaming smartphone, quality selfies, biometrics options, or a more budget smartphone, then you may want to reconsider buying the Huawei Y9 Prime 2019.

5 Best Power Banks For Your Huawei Phones In 2022