Infinix has finally produced a pro version of the Infinix Hot 4, (a.k.a Infinix Hot 4 Pro X556) the device variant from the predecessor with little changes, slightly it has a different design, little changes in the camera and a good finger sensor for security, Sounds nice?

The Infinix Hot 4 Pro was announced in August 2016 and features a 5.5-inch disply powered by a 4000mAh battery. Other features of this device and its design will all be discussed below. 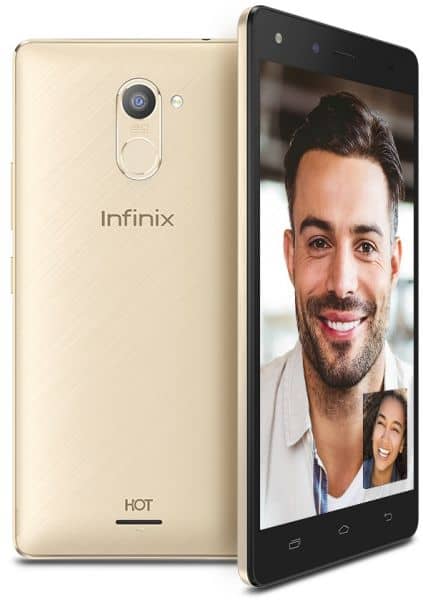 Like I said early that the design of Infinix Hot 4 Pro has some slight difference. The colour options also changed with the Infinix Hot 4 Pro available in Mysterious Blue, Glossy Silver, Champagne Gold, or Anthracite Grey, The back is still textured, but the pattern is very much different compared to the Hot 4.

The device dimensions where untouched as well as the battery capacity was left untouched, battery host a 4000 mAh battery with a dimension of 152.6 by 76.2 by 8.8 mm weighing approximately 180g. The Hot 4 Pro comes running on Android Marshmallow 6.0 customized with the new XOS user interface

The 4G LTE capability of the Infinix hot 4 Pro can give you a very fast Internet Connection especially when you are in a 4G enabled area.

The screen size remains untouched it still maintains at 5.5 inches with the same resolution of 720 by 1280 pixels. There is also the same 16GB internal storage space available here also allows and external up to 32GB along side a provisional 2GB RAM.

The rear camera in the new Hot 4 Pro X556 features 13 megapixels for a clearer shot and to appeal for the 8 mega pixel in the base version of the phone, The 13MP camera is an upgrade compared to the 8MP rear camera provided on the Infinix Hot 4 Lite and the Hot 4.

I think this device got what it takes and what you will be looking for in a smartphone, a decent and nice battery capacity, a good memory of 2GB ram for multitasking and a nice camera but not the best compared to other device Infinix have produced, good processor speed for you games. Less i forget it comes with a  fingerprint security sensor, this feature is very important Speaking of which the Infinix Hot 4 Pro has a finger print Sensor at the back of the phone which can only unlock your phone if the scanner detects your Finger Print.