After much anticipation, Infinix has finally taken to its various social media accounts to announce the release of the Infinix hot 5. The infinite hot 5 comes in three different versions, Hot 5 lite, the Hot 5 and Hot 5 pro. 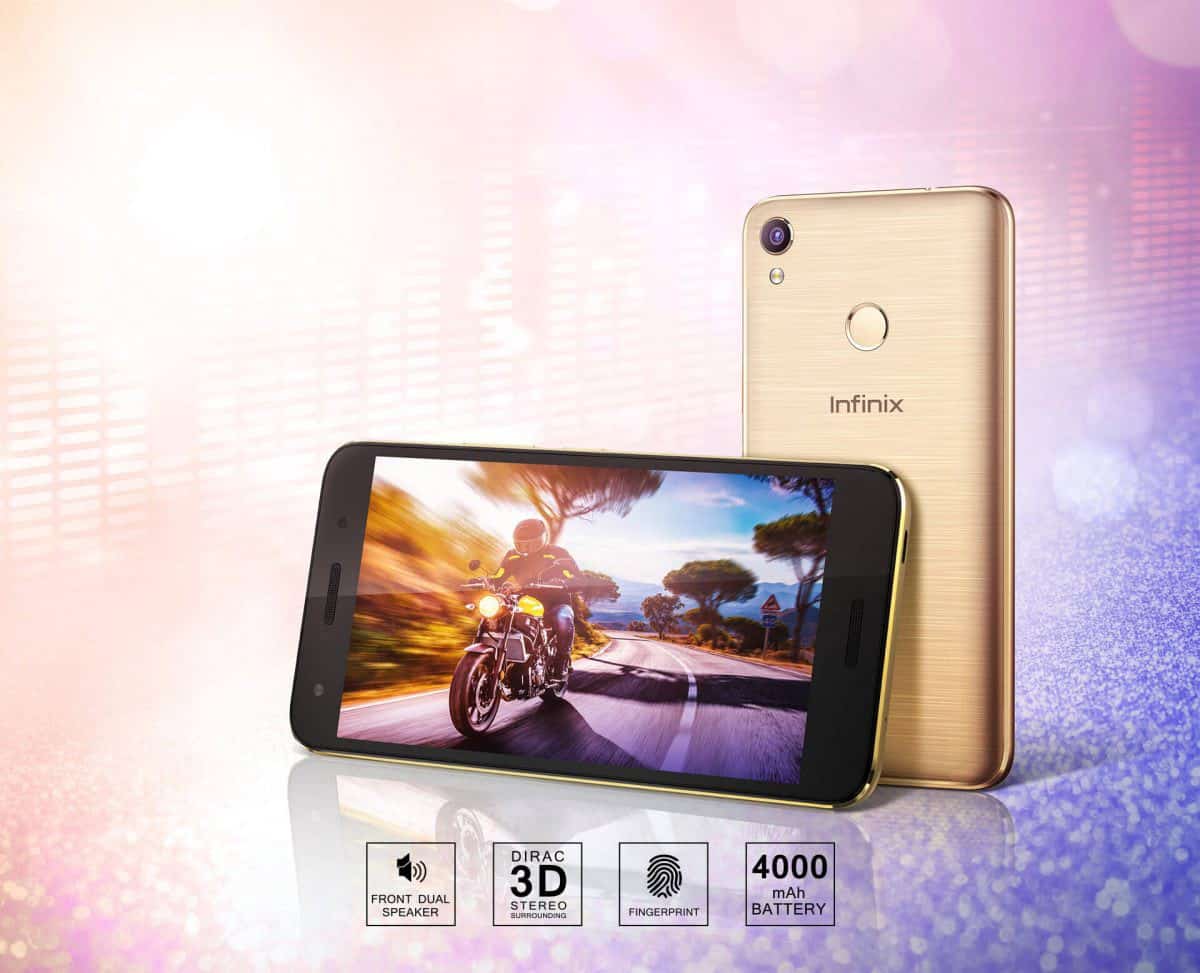 The Infinix Hot 5 is made of plastic and comes with nicely curved edges. The back of this device is made in a way that appears be 3D textured, which gives users a comfortable grip.

This smartphone comes in with three different color varieties, Red, Champagne Gold and Grey. The Infinix Hot 5 arrives fully equipped with a 5.5-inches display that has a resolution of 720 x 1280 pixels and a 267-pixel density.

The front of this smartphone, houses a selfie camera, a LED flash, a front-facing speaker and obvious home button. At the back of this device, you will find the fingerprint sensor, primary camera, LED flash, and the company’s logo.

The Infinix Hot 5 also ships in with a volume rocker, a power button on the right & charging port under. This device also comes with our 3.5mm jack.

Like I mentioned before, the device did not feature much change from its predecessors. Just like the Infinix Hot 4, the Hot 5 comes in with an 8MP camera at the back. The primary camera has a flash that is capable of providing with a clear image even in low light conditions.

The selfie camera on this device is 5MP just like its predecessor, though, I had expected an improvement on the camera. The 5MP selfie camera also comes with its own LED flash. The sad part of the cameras is that when I used it, it wasn’t impressive considering the fact this smartphone was supposed to be an upgrade and not a photocopy.

The Infinix Hot 5 is powered by a Quad-core Cortex processor. The processor has a speed set at 1.3GHz which seems a bit cheap though. Infinix Hot 5 runs on Android operating system Nougat, which is a significant upgrade from its predecessor which ran on the Android v6.0 MarshMallow.

The Infinix Hot 5 is powered by a huge 4000 mAh battery, which is going to be enough power to last you more than a day on a full charge. The battery provides you with 35 hours talks time and 837 hours of standby time.

Despite packing a whopping 4000 mAh battery, this device still supports fast charging, which is really amazing.

The Infinix Hot 5 is sold for about 138 USD, which is the same as 38,000 NGN in Nigerian currency. You can purchase this device from some online stores or any authorized Infinix distributor.

If I’m asked to describe the Infinix Hot 5 in one word, I will just say that it is simply amazing. This smartphone comes with lots of wonderful specifications like the battery life of this device is very huge coupled with the fast charging technology that it features.

This smartphone also comes in prepared with an improved processor and lots more. Don’t get it twisted, the Infinix Hot 5 also has its flaws, but they are nothing to worry about.