Infinix mobile is one of the mobile manufactures that will not cease to amaze me. Last month the dished out to the public one monster super amazing smartphone, the Infinix S3. One month later amidst the reign of the monster device, Infinix S3, the company are once again on a move to release 2 new flagship devices, the Infinix Hot 6 and Infinix Hot 6 Pro. 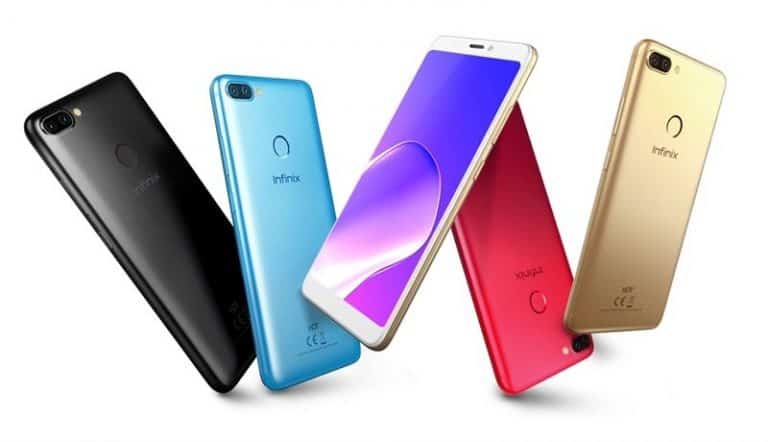 Today we will be focusing on the Infinix Hot 6 Pro which will be launched in May 2018. You will notice a whole lot of changes on this smartphone. The changes are both good and somehow bad because there are things that I wished they never changed. Without wasting much of your time, come along and let’s see all the selling points of this new device.

The first thing that I noticed when I saw the Infinix Hot 6 pro was the absence of my lovely Dual Speakers with Dirac 3D Stereo surround and it broke my heart. Notwithstanding, the annoying chins on the Hot 5 has been taken away and replaced with a more larger screen.

The whole part of this device is made of plastic except the screen. The top front panel of this device houses a LED flash, the selfie camera, notification light, earpiece and other sensors arrayed horizontally. On the right side of this smartphone, you will see the volume rocker and power button, while the SIM tray is on the left-hand side.

The bottom part of the Hot 6 houses the single loudspeaker, microphone, micro USB port, and the 3.5mm jack. The back side houses a dual primary camera, a LED flash positioned near the cameras, a fingerprint sensor & Infinx logo. The Hot 6 also uses the Face unluck as a security measure.

The Infinix Hot 6 Pro comes with a dual rear camera, a 13MP camera with Autofocus and the 2MP camera with fixed focus. The 13MP camera has a maximum resolution of 4160 x 3120 pixels, while the 2MP captures details & assists in making bokeh effects when taking portrait shots. There is a dual LED flash which helps you with low-light images. The camera also comes with a lot of effect as a result of the camera app.

Turning to the front side of this device, you will behold the 5MP selfie camera as we have in the Hot 5. The selfie camera is ok and arrives with its own LED flashlight.

There is newer Qualcomm Snapdragon 425 chipset ( Old SD 430 that powers the Infinix S3) Inside the Infinix Hot 6 Pro. There is also a four CPU cores which clock at 1.4GHz.

The processor is assisted by a 2GB RAM and this is for the 16GB version of the Hot 6, while there is a 3GB of RAM for the 32GB version. My team and I used the 2GB RAM version and did not come across or noticed much lag, just a few at the beginning, which was as a result of different apps trying to sync to the network.

The memory space of the various versions can also be expanded up to 128GB via a MicroSD card.

The Infinix Hot 6 Pro is powered by a huge 4,000mAh battery, which is similar to the one powering the Hot 5. The battery life of the Hot 6 pro wasn’t able to match the Hot 5 as a result of the more battery demanding 4G LTE connectivity and a larger screen on the Hot 6 pro.

Nevertheless, we are glad to have the more energy efficient Snapdragon processor, which helped the phone survived through the day. And to crown it all, the device comes in with a Quick Charge 2.0 technology. You will be able to get from 0-100% in an hour.

The Infinix Hot 6 Pro is for those people who love taking pictures, watching movies and doing social media things. The battery is reliable, but not very powerful like the one in its predecessor.