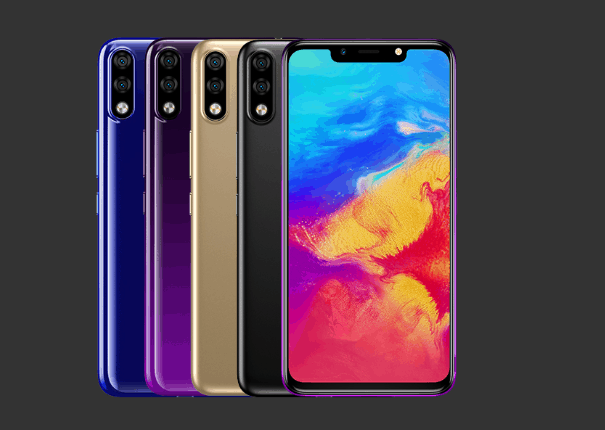 It is obvious some people may not be pleased with the presence of the notch the smartphone comes in with, yet there are other features and specifications that you might find interesting. All you have to do is to carefully go through this well-detailed review.

The new smartphone from Infinix, the Infinix Hot 7 features a simple but unique design. It is made of plastic body and aluminum frames which ends up giving us a well-rounded smartphone.

Like we earlier mentioned, the smartphone arrives with a notch which serves as a home for the selfie cameras, the loudspeaker, the powerful LED flashlight, and other sensors. Also on the front side of the newly arrived smartphone, you will find a huge 6.2 inches display IPS type screen, which comes in with a resolution of 1280 x 720 pixels, 24 bit.

Instead of the triple primary camera which seems to be the trend in the smartphone world, the Infinix Hot 7 features just a single primary camera at the back. The camera is vertically arranged alongside a LED flash. The smartphone comes with a rear-mounted responsive fingerprint sensor which is centrally placed close to the top.

The other component of the smartphone like the 3.5mm jack, the charging port, the volume rocker, power button, and others all maintain their ancestral position. The Infinix Hot 7 comes in three colors options which are the purple, Black, and finally Gold.

There was no record of any water resistance which means the smartphone cannot survive in either dust or water.

The Infinix Hot 7 comes in with a total number of two cameras, one on the front and the other which is the primary camera is on the back. Unlike most smartphones that offer more cameras and yet when it comes to the camera performance, there is nothing to write home about, the Infinix Hot 7’s cameras deliver great images.

On the front side of the camera, you will find the single 8MegaPixel camera sensor with an  f/2.2 aperture and a powerful LED flash for a detailed selfie shot.

Meanwhile, the selfie camera is a 13 MegaPixel camera sensor with an f/1.8 aperture and a dual LED flash, HDR, and Panorama. Overall the cameras are okay and can give you shots with enough details.

Though the Infinix Hot 7 runs on last year’s operating system, the smartphone still delivers when it comes to performance. Behind the smooth performance of the new smartphone is the Helio P22, Quad-core 1.3GHz chipset, meanwhile the ARM Mali-400 MP2, Cores: 2 is the chipset in charge of photography.

We are aware there are those who the 16GB internal storage may not be enough for them. Don’t worry because the new smartphone allows you to further expand the storage up to 128GB using a microSD card (dedicated slot).

Powering the newly arrived smartphone is a powerful 4000 mAh, Li-Polymer which is non-removable. According to Infinix, the battery can offer you 700 hours for 3G standby time, while for 3G talk time, the battery can also give you 30 hours which is better than most smartphone of its range.

Though the Infinix Hot 7 comes in with very huge battery life, we also expected to see some impressive features like the wireless and fast charging technology but it was nowhere to be found on the smartphone.

The price of the Infinix Hot 7 has not been officially released yet, though, from guess works from some of our review members, the price of the new smartphone is expected to fall between $98 – $118 which is equivalent to 35,300 – 42,500 in Niara.
We will be quick to update this page with the official price tag of the smartphone once it is out.

The newly introduced Infinix Hot 7 is a smartphone that may suit the personality of some people, while there are those who may not like some of the stuff the new smartphone has to offer.

Notwithstanding, there are different interesting features and specifications of the new smartphone and some of them include, large screen, moderate performance, nice cameras, long-lasting battery, simple design, expandable storage, LED flash and so many other things which may catch some people’s fancy.