Infinix making performance easy as they package in their latest device Race Bolt Q X451 a smart performing device, and this is an enhanced version of Infinix Race Bolt smartphone running on Android 4.2.1 Jelly Bean.
Announced in Announced 2013 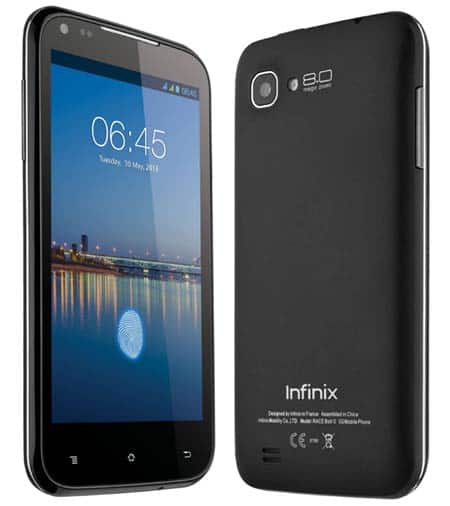 The Infinix Race Bolt Q flaunts a 4.5-inch touch screen display, which displays crisp and clear images. If you’re a stickler for 3D games or someone who uses a smartphone as a cinema or camcorder, you’ll enjoy this phone.

Race Bolt Q X451 is an android device that rocks a dual camera of 8MP rear with front facing with 3MP for your video calling and selfie with LED flash.

The device is a budget device which we will not expect to have that classic specs, most Android device have classic spec but a higher amount in the terms of purchase, the device have a 2050mAh which is one of the least you can fine in the market now.