Innjoo has been impressive in recent times with their amazing phones which were launched to keep their respective customers happy. Innjoo happens to be one of the best smartphones Manufactures around the globe and here is what we have to say about the Innjoo Fire Pro Android smartphone. 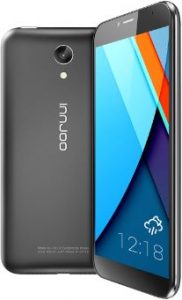 We are in a dispensation where everybody wants to make use of smartphones. We have other smartphone manufacturers such as iPhone And Samsung. Innjoo is doing all they can to make sure they beat them to be the best.

The smartphone in question Innjoo Fire Pro comes with amazing features and qualities as well. Have it at the back of your mind that the newly launched smartphone was said to be launched in June 2015.

Having gone through the smartphone, we came to find out that the Innjoo features a body made of plastic material and weighs in at a manageable 129 grams. Furthermore, the Innjo device sports a 5-inch diagonal display with an HD resolution of 1280 x 720 pixels and a pixel density of 294 pixels per inch ensuring sharp images.

Also know it that the touchscreen should probably offer some level of wide-angle viewing being an IPS panel.comingg down to the colors of this device, have it at the back of your mind that White, Black colors.

Coming down to the camera aspect of this device, have it in mind that it is been equipped with a quad-core MediaTek processor, and also, the Innjoo Fire Pro provide decent multitasking capability and responsiveness.

Innjoo Fire Pro packs 1.3GHz processor which is said to enhance and equally give extra muscles for its tasks by RAM of 2GB capacity, while a Mali-T720 GPU sees to graphics processing. The smartphone Innjoo Fire Pro runs on an Android version of 5.0 Lollipop operating system, overlaid with the company’s InnUI skin.

Before getting a smartphone, one of the factors I personally put into consideration is the Camera. I wouldn’t fall for any smartphone that has a low camera because of my day to day activities with the phone.

Without wasting much time, bear it in mind that the smartphone Innjoo Fire Pro comes with an 8-megapixel sensor with LED flash and autofocus. It has Full-HD (1080p) video recording capability. Talking about the front camera of this device, it comes with 5-megapixel.

Another important area of this device is the battery capacity. Well, it interests us to let you know that the smartphone Innjoo Fire Pro comes with a monster battery capacity of 2500mAh Li-Ion battery which, with the help of a power-saving mode will be able to supply enough strength.

For those interested persons, you can get it via our online/offline stores for a price tag of $130 depending on your geographical area.

Innjoo Fire Pro is a good smartphone you can’t afford to make use of considering its amazing specs and features it comes with.