As the day goes by, there’s always a record of massive improvement from one smartphone manufacturer to another. This time Lenovo decided to steal the attention of everybody with the release of this their new smartphone called the Lenovo Z5 Pro GT. This smartphone is a follow up to the Lenovo Z5 Pro which was released in December 2018. 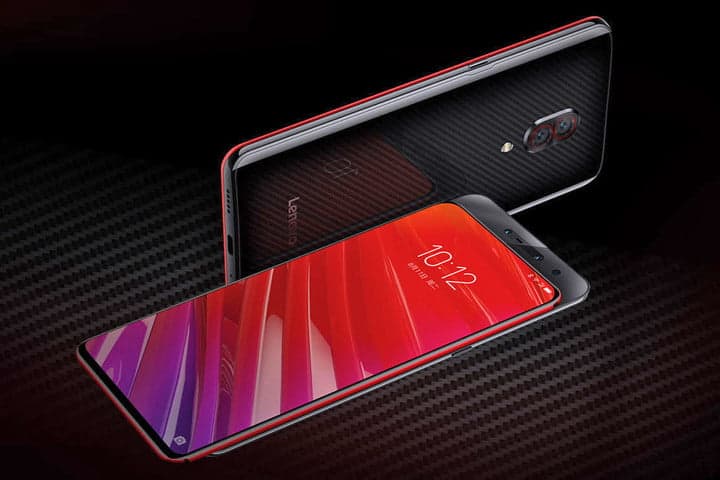 Lenovo Z5 Pro GT is the world’s first smartphone to launch with the Snapdragon 855 SoC-powered, with 12GB RAM, in-display fingerprint, four cameras, and a sliding mechanism.

Notwithstanding, the Z5 Pro GT is to cost $390 for the standard model, which is still expensive than the Z5 Pro Android Smartphone, though some of the features that they both share are the same.

The Lenovo Z5 Pro GT featured a clean design and was able to achieve much with a sliding mechanism they employed. The sliding mechanism helps hide the additional name “GT” shows the phone is particularly for speed or racing.

The smartphone features a premium glass back with a pattern imitating carbon, at the top side of the smartphone and the company was able to add red accents.

the red accents were added to the bottom half of the slider and the primary camera sensors which indicates that this smartphone is made for speed.

On the front of the Lenovo, Z5 Pro GT is seated a 6.39-inch Full-HD with 1080×2340 pixels, a Super AMOLED display which offers a corning gorilla glass for protection and achieving a19.5:9 aspect ratio. Just like its predecessor, the Lenovo Z5 Pro GT also features an in-display fingerprint sensor, and it is available in one color, the Carbon Black.

Here is another section that most people give the highest consideration, the camera section. There is technically no selfie cameras because it is hidden by the sliding mechanism, which houses a dual camera. Meanwhile at the rear is also a dual camera.

The front sliding mechanism houses a dual camera setup that comprises, a 16-megapixel which is the main camera with an f/2.2 aperture + 8-megapixels IR sensor for Face Unlock.

The Lenovo Z5 Pro GT is the world’s first Smartphone to use the 7nm Qualcomm Snapdragon 855 SoC chipset with a Snapdragon X50 modem to enable 5G connectivity, and It’s amazing.

The Lenovo Z5 Pro GT runs on Android 9 Pie on top of Lenovo’s ZUI ZUI 10.0 out-of-the-box. This smartphone comes in various storage configurations which comprise of the 6GB RAM + 128GB, the second which is an 8GB RAM + 256GB and the premium 12GB RAM and a whopping 512 GB for storage.

Lenovo wants to let the world know that this is already the feature by launching the first smartphone with a 12GB of RAM letting us know even the 10GB RAM Era isn’t enough.

Like I earlier mentioned, the Lenovo Z5 Pro GT retains some of the features from its ancestor. The battery life is one of them. There is a moderate 3350 mAh Non-removable Li-Po battery that powers this smartphone.

This smartphone like its predecessor also features the Fast battery charging technology. And it merely means that you can quickly add battery juice to your weak battery.

The price of the Lenovo Z5 Pro GT is stated below according to their various configurations:

You can begin to pre-order this smartphone on January 15. Meanwhile, the official market launch will start on January 24. Besides the Snapdragon 855 isn’t 2018 things!

The Lenovo Z5 Pro GT is one of the best smartphones that has been ever produced. It ships in with a host of mind-blowing and out of this world features that have never been recorded before.

The Lenovo Z5 Pro GT comes with flagship features like the 12GB RAM, the never used before Snapdragon 855 and lots more.