Lenovo has just released their much-anticipated smartphone, the Lenovo Z5s which seems to be more like an affordable albeit a capable version of the Lenovo Z5 Pro. 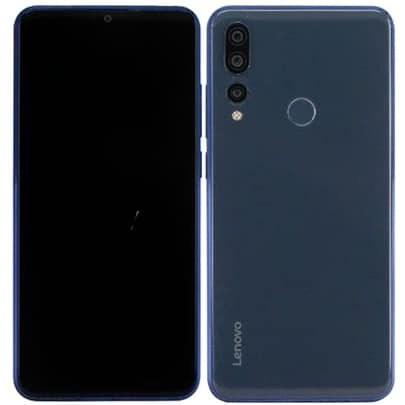 The new smartphone ships in with the Snapdragon 710 processor just like we have it in the Z5 Pro. Nevertheless, to make the cost of the new smartphone affordable, Lenovo had to subscribe to an LTPS LCD display rather than the AMOLED display.

The Lenovo Z5s was both announced and released in December 2018 and arrives with a less power configuration in terms of storage options and RAM. Come with me let’s see all the selling points of the Lenovo Z5s.

The Lenovo Z5s features an eye-catching kind of design and features. But first, I must begin with the one that interests me the most, and it’s the back. The back of Lenovo houses a triple, vertically placed camera setup and a powerful LED flash underneath, just like we have on the Huawei P20 Pro. You will also find a fingerprint sensor positioned at the back of the Lenovo Z5s.

On the front side of this device is seated a large 6.3-inch display with Corning Gorilla Glass for protection. Lenovo was able to reduce the notch to the barest minimum, where the selfie camera. There is basically no chin below which resulted in an 83% Screen to body ratio.

The Lenovo Z5s weighs 172 grams and was able to measure 156.7mm for the height, 74.5mm for width and 7.9mm for thickness. While other hardware parts of this device still maintain their ancestral positions, this device still comes in various color configuration. We have a total number of three colors, the Love Orange, Titanium Blue, and the Starry Night Grey.

The total number of cameras on the Lenovo Z5s is four; one single selfie camera and triple primary camera setup.

Though we were not able to see a single LED flash for the selfie cameras, the tipple primary cameras are equipped with dual-LED flash, HDR, Panorama and 4K/1080p video recording at 30fps.

Under the hood, the Lenovo Z5s uses the Snapdragon 710 Chipset with an octa-core processor which is clocked at 2.2GHz. There is also a presence of the Adreno 616 GPU. Lenovo Z5s runs ZUI 10 out of the box which is based on the latest Android version – Android 9.0 Pie.

One good thing about the storage of this smartphone is that it can also be expanded up to 256GB via the use of a MicroSD card slot (SIM 2 Slot). The other basics features are also present on this device which includes 4G LTE, WiFi, WiFi direct, WiFi hotspot, Bluetooth, GPS, and USB Type-C.

The Lenovo Z5s is powered by a 3,300mAh battery which is accompanied by a 15W fast charging for a quick recharge. With a full charge, you are sure of going through the day with not less than 10% battery juice, even with intensive use.

Like we earlier mentioned the Lenovo Z5s comes in various configuration and they all have a different price tag. The smallest version is a 4GB/64GB, the second is a 6GB/64GB, and finally, the jumbo size configuration is 6GB/128GB.

The Lenovo Z5s is a very nice looking smartphone and the breakthrough in appearance has made this device look very different. When it boils down to hardware, this device comes with a quasi-flagship Snapdragon 710 and lots more. Overall this smartphone performs well and I think you should just do as their slogan says ‘experience first’.