After the announcement and release of the Z6 Pro last month, Lenovo has come out with the Lenovo Z6 Lite (Youth Edition). The new smartphone, Lenovo Z6 Youth Edition can also be called the Z6 Lite and it arrives with an interesting price-to-specs ratio. There are lots of interesting specifications and features that this smartphone houses. 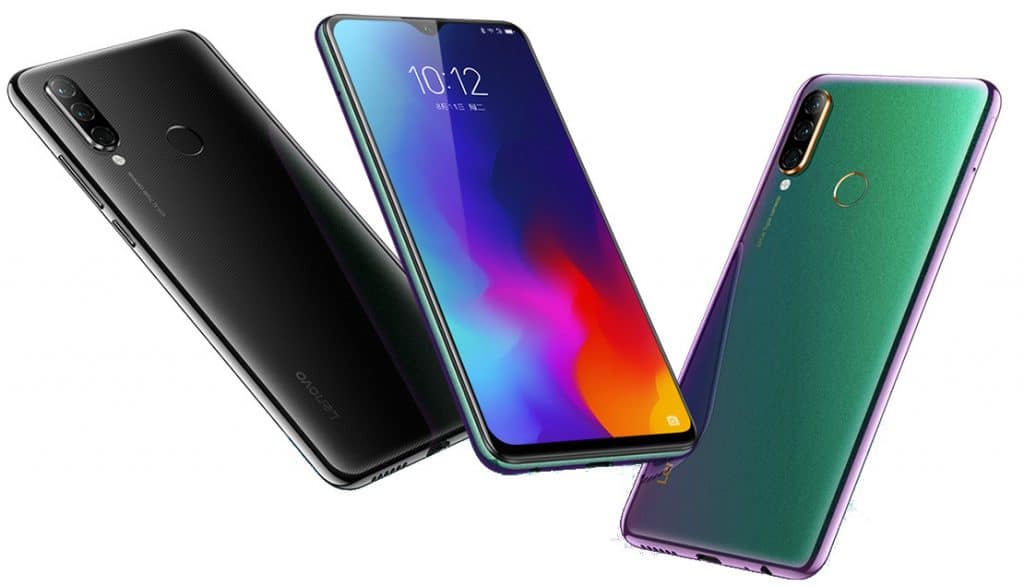 The new smartphone was announced in May and is expected to be available by 28th May 2019. Some of the interesting specs and features of the smartphone include a large screen, huge battery life, plenty of storage, and more.

There is a saying that ‘simplicity is the highest sophistication’, the same is true for the Lenovo Z6 Lite (Youth Edition). It features a simple but awesome design which gives the smartphone a premium look and feels.

When it comes to the build of the new smartphone, Lenovo used the same roll cage magnesium alloy material it featured on its ThinkPad notebooks.

On the back of the smartphone, at the left-hand side, you will find the triple camera setup with a LED flash under. Slightly above the center is a centrally placed rear fingerprint sensor.

On the front of the smartphone lies the large 6.3-inch display with a resolution of 2340 x 1080-pixel, 19.5:9 aspect ratio, and supports HDR10. The screen features a dewdrop notch which houses the selfie camera sensor.

Coming to the camera section of the Lenovo Z6 Youth Edition, you get a total number of four cameras. There are triple rear cameras and a single selfie camera which is seated inside the waterdrop notch.

The triple cameras on the back of the smartphone consist of a 16MP with an f/1.8 aperture. The second 8MP telephoto with an f/2.4 aperture and the third which happens to be 5MP wide-angle with an f/2.2 aperture.

The cameras also arrive with some AI tricks and offer 8x hybrid zoom. On the front of the smartphone lies the single selfie camera. The selfie camera is a 16-MegaPixel which also supports HDR and can record video of [email protected]

The Lenovo Z6 youth edition has a very strong performance which is strong enough considering the price tag it bears. Under the hood, the new smartphone shows up with the Qualcomm Snapdragon 710 AIE processor.

The smartphone arrives in three storage model with just two RAM versions. We have the 4GB/64GB model, 6GB/64GB, and finally the 6GB/128GB version. The storage of all the versions can further be expanded up to 256GB (uses shared SIM slot) using a microSD card.

The combination of the 6GB RAM model and Qualcomm Snapdragon 710 ensures a lag-free performance. Gaming on this model is sure to run smoothly, even some large high graphics demanding games.

The chipset has also been optimized to reduce power consumption resulting in both effective performance and battery life.

The new smartphone uses a powerful 4,050 mAh battery which can confidently offer you a full day use with leftovers for the next day. You wouldn’t find any wireless charging out of the box.

Luckily, the smartphone comes in with a 15W fast charging technology. So, should in case your battery is getting flat, you can quickly add battery juice with the 15W fast charger.

The Lenovo Z6 Lite comes with a modest price tag which seems to be targeting the budget market. Like we mentioned before, the new smartphone comes in three different storage model all bearing different price tags.

Finally, the biggest version happens to be the 6GB RAM with 128GB ROM which cost CNY1,699 approximately $246. The smartphone will be on sale first in China on the 28th May on Lenovo’s official China site, JD.com, and TMall.

The Lenovo Z6 Lite is a nice smartphone which was targeted at the budget market. The smartphone is one of the best performing smartphone currently in the market considering the price at which arrives with.

It has a big screen that offers you great gaming and viewing experience. It also houses a triple rear camera with a LED flash, fingerprint sensor for security. You will also find the huge battery life with support for the 15W fast battery charging and lots more.