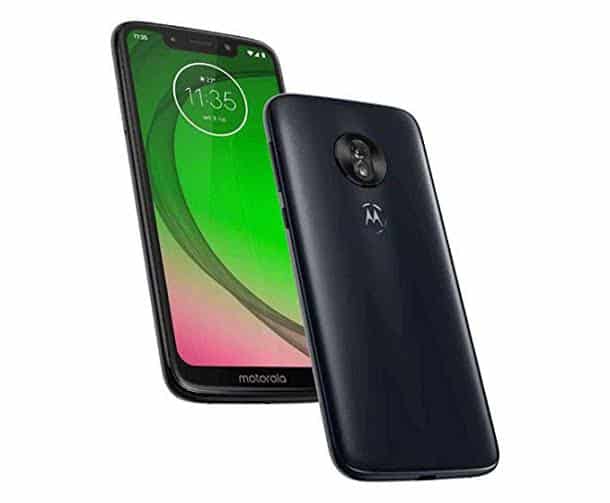 Today we want to take an in-depth look into the Moto G7 Play which is the cheapest and seems to be least among the three newly released smartphones. The smartphone was released in March 2019 and comes in with some interesting specifications and features that will surely catch your fancy.

The Moto G7 Play has strong competitors like the Nokia 3.1 Plus and the Honor 8A, but the Moto G7 Play is ahead of the game with its Qualcomm 632 processor which it features and it also comes in with 32GB internal storage that can be expanded up to 512GB. Without further delays let’s jump right straight into the business of the day.

The Motorola Moto G7 Play arrives with a nice design, though most of the materials used for the smartphone are cheap. The smartphone is made of the plastic body, aluminum frame, and glass on the front.

The Motorola Moto G7 Play comes in with a 5.7-inch screen which is the smallest of all the three sets, though you can still comfortably view movies and other media files, and also carry out other things on the screen comfortably.

The screen is an IPS LCD capacitive touchscreen and uses the Corning Gorilla Glass 3 for protection. The smartphone comes with a 77.3% screen-to-body ratio and the screen has a resolution of 720 x 1512 pixels and a 19:9 aspect ratio. On the front of the smartphone, you will still find the single selfie camera, LED flash, and the loudspeaker.

On the back of the screen, you still get the single camera set up which is housed in a circle which holds both the powerful LED flash. At the back, you will still find the fingerprint sensor and the company’s logo.

The volume rockers, power button, are located on the right-hand side of the smartphone, while the 3.5mm jack, the SIM tray, the earpiece and other components of the smartphone retain their ancestral positions.

The smartphone is available in three different beautiful colors which consist of the Fine Gold, Deep Indigo, and the Starry Black.

The selfie camera sensor which seats on the U-shape notch is an 8-MegaPixel shooter which is sure to deliver sharp and clear images. The selfie camera has f/2.2 aperture and there is also a LED flashlight beside the camera which ensures that clear and detailed images are taken even in low-light conditions.

Meanwhile, the back side of the Motorola Moto G7 Play is where you find the single 13-megapixel sensor which comes in with f/2.0 aperture and can take clear and sharp images with enough detail. The software of the camera went a long way to compensate smartphone users for those missing features like dual-camera sensors and OIS.

One of the interesting things that we love so much is the performance of the Motorola Moto G7 Play. The smartphone runs on the latest Operating System, the Android 9.0 (Pie) just like its other simblings.

Like we mentioned earlier, the Motorola Moto G7 comes in three different models and they consist of the main Moto G7 which sell for approximately $260, while the Moto G7 Power sales for $225, and finally, there is the Moto G7 Play the least expensive of the three models which go for $180 (equivalent to 65,000 Naira).

The Motorola Moto G7 Play may have been able to come with a name that makes it look like a gaming smartphone, but the smartphone was not built for gaming. The smartphone comes in with cool features that are strong enough to qualify the smartphone as a four-star device.