Motorola comes out strong once again with another breathtaking smartphone, Moto G7 and this time it is stronger and better. The newly released device is a combination of both the best specs from Moto G6 and other new innovative concepts.

The newly released smartphone was launched yesterday February 2019 and also stands out as one the best low-cost smartphones that are currently in the market. Motorola was able to launch other smartphones along with the Moto G7. The smartphones released alongside the Moto G7 consist of the Moto G7 Play the cheapest and the Moto G7 Power which offers a longer battery life. 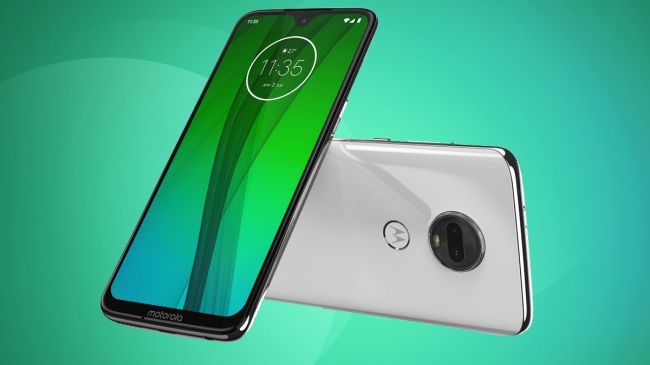 There is yet another Moto product, the Moto G7 Plus which offers you better performance, excellent cameras and more.

When I first saw the Moto G7, I noticed a striking resemblance between the device and its predecessor the Moto G6, though there are some couple of changes that were made. The back of the Moto G7 is well curved on both sides, so it enters and comfortably sits right in your hand.

On the back of the Moto G7, you will find the stocked out camera, and below it, you will find the fingerprint scanner, which is not difficult to locate with your fingers. When you turn over to the right-hand side of this device, you will see the volume rocker seated close to the power button. Meanwhile,e the left-hand side didn’t come in with anything.

On edge at the top of this device, you will see the SIM card tray, while the bottom of this device is serving as a home for a lot of its technology. On the left-hand side of this device,e you will find the USB-C port for charging and data transfer and the phone’s single speaker next to it.

Meanwhile, the right-hand also house our beloved 3.5mm headphone jack. This device also comes in with a splash resistance, not necessarily a water resistance. Most of the smartphone’s specs are borrowed from the Moto G6.

In good light, the cameras offer enough details which are very bright and clear, though you don’t expect it to like that of the Google Pixel 3. Don’t get it twisted; things are all not that rosy as you think because in low-light condition, the camera’s photos become a bit grainier and processing becomes visible.

The front of this device holds the single selfie camera of 8 MP, 1.12µm. Meanwhile, all the cameras on this Moto G7 support a 4K video recording alongside with the electronic image stabilization, which was used to compensate the camera for the absence of the OIS.

This is where the apparent improvement comes in, the performance of the Moto G7. But under the hood, there is a Qualcomm Snapdragon 632 chipset powering the Moto G7, though it may not be compared with trending flagship smartphones, you virtually do anything with this device.

The chipset in this device is assisted by a robust 4GB of RAM, while for the internal storage we have just one version which is the 64GB model. Most people complained the room might not be enough for them; luckily this smartphone supports storage expansion of up to 512 GB (dedicated slot) using the microSD.

The Moto G7 runs on the latest Android 9 Pie OS, and it is well fitted into this smartphone. You will be able to get used to this smartphone easily because Moto usually doesn’t do much to their software. We were able to run all the games and apps we wanted.

Housing this device is a powerful 3,000mAh battery cell which seems to be moderate; nevertheless, this battery was able to carry us all through the day with an extra 10% battery juice on this device.

It was only on a few occasions the battery died around after 9 pm, and this was due to a massive battery usage like a series of movies that was streamed and more.

We ran our test where we play a 90-minute video clip with brightness up to full and connectivity options on, and we found the phone dropped 22%. That’s not a great result, but it’s the same we saw from the Moto G7 Plus.

This smartphone was announced and sold out that the same day that it was announced in Brazil and Mexico, but the other countries will have to wait till March 2019.

The price of this device is set to be expected around 250 EUR which is equivalent to $283 approximately 101,200 Naira. For those outside Brazil and Mexico who wants to purchase this device, who wants to buy this device, you will have to wait till March before you can begin to make orders.

If you are sincere to yourself, you will find out that the Moto G7 is one of those rear smartphones that offers you both excellent performance and a low price tag. Motorola was able to deliver excellent work with the Moto G7.

Other members of the Moto G7 family are all quite impressive, but the standard G7 will be sufficient for those who are considering their budget and don’t also want to compromise much on the specs aspect as well. This smartphone represents both good performance and low price tag.