Nokia 3.1 Plus Review, Specs and Price

Nokia decided to start this year with their current range of smartphones which seems to catch the many people’s fancy. The new smartphones are a significant upgrade of their previous line-up. 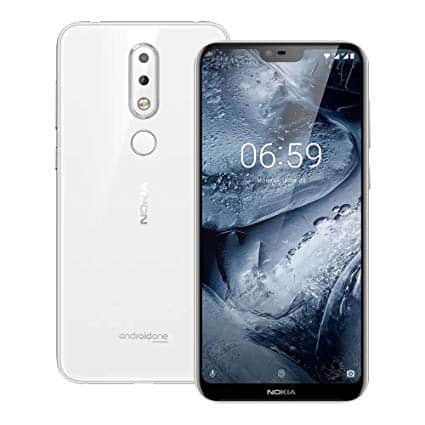 From the look of things, it seems that Nokia has been paying attention to the feedback that it gets from its users and are working on improving them. Nokia has added another member to the crew, and this one is called the Nokia 3.1 Plus. The new smartphone is an upgraded version of the Nokia 3.1 and targets the budget market.

Nokia 3.1 Plus which was announced & released on October still retains some features from its predecessor, while again coming in with a host of other new mind-blowing features. Stay around and let’s find out all the selling points of this device.

The Nokia 3.1 Plus comes prepaid with a metal body and a rubber shell, which is far from the slippery glass back.

According to the company, the frame an internal die-cast metal which will enhance the solidity and premium feel of this smartphone. Nokia 3.1 plus comes very equipped with a large 6-inch HD+ display with an 18:9 aspect ratio, and unlike its predecessors, it comes in without a notch.

There are thin bezels by the sides of the screen and a solid bottom & top bezels. The rest of the function keys and other body parts are in their various ancestral positions. The Nokia 3.1 Plus comes in three color varieties, the Blue, White, and Gray.

The Nokia 3.1 Plus houses a dual camera setup positioned at the back. The dual primary camera is a 13-megapixel with an f/2.0 aperture & 5.0-megapixel lens with an aperture of  f/2.4. The primary camera comes with a LED flash for a brighter image in low light condition.

The selfie camera is an 8-megapixel shooter that comes with an f/2.2 aperture. The cameras are capable of taking beautiful images with decent details, but the only thing is that it struggles to a well-detailed model in low-light condition.

The Nokia 3.1 Plus comes with the MediaTek Helio P22 octa-core processor. The mid-range smartphone comes in two storage version, the standard version has 16GB worth of internal storage and a 2GB RAM, while the lower version of this device ships in with a 32GB storage & 3GB RAM.

Both storage version can be expanded up to 400 GB with the use of a microSD. Just like the recent smartphone devices by HMD Global, the Nokia 3.1 Plus is an Android One device. It runs on the Android 8.1 Oreo and has an Android One certification. This means that this smartphone is guaranteed to receive upgrades like Android “letter” upgrades for two years & three years of monthly security updates.

Nokia 3.1 plus houses a powerful and large 3,500 mAh battery. And according to HMD Global, the battery can last for straight two days. I think the battery perfect for those who engage heavily in gaming or watching movies online and offline.

Nokia 3.1 plus arrives with a low price tag of 150 USD which is equivalent to 54,600 Naira. If you would like to purchase this smartphone, you can visit some online stores or Nokia distributors in your region.

In search of an affordable smartphone that can handle your basic daily day to day tasks with ease & without compromising on the battery? I think the Nokia 3.1 Plus what you’ve been looking for.