Ever since HMD Global, revived Nokia brand, the company has been trying to capture the India budget market and have been unsuccessful due to the presence of rival smartphones offering great specifications at a more affordable price. The Nokia 3.2 happens to be the latest budget smartphone from the company. 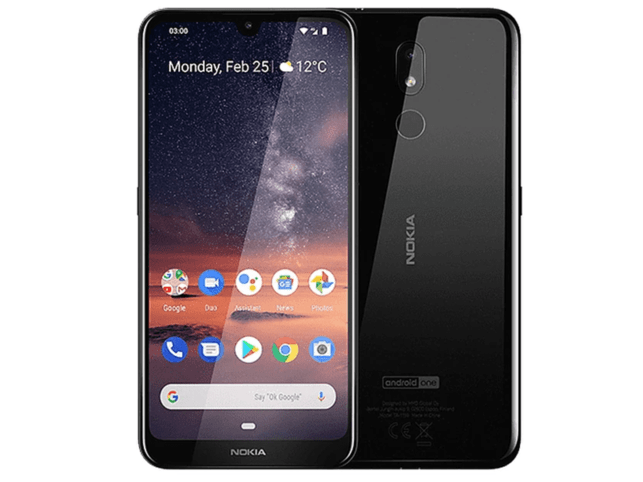 The smartphone was announced on February and is expected to arrive sometime in June 2019. The new smartphone comes with quite impressive features like large 4000mAh battery,  large display, stock Android experience & more.

The new smartphone is a follow up to Nokia 3.1 and it also ships in with better specs. It was also announced alongside with the slightly superior Nokia 4.2.

The new smartphone comes with a design language that looks like the Nokia 3.1. One of the things you notice when you hold the device is its lightweight. The new smartphone was made from plastic, though the frames are aluminum.

The front of the smartphone brings along the trending dewdrop notch, though the bezel on the bottom is relatively large. The side of the device features slim bezels giving room for more display.

The screen of the Nokia 3.2 is large boasting a 6.2-inches display with a resolution of 720 x 1520 pixels, and a 19:9 ratio. The device will be great for both gaming and other social media activities.

The screen houses a single camera sensor which is seated inside the notch on the screen. The camera on the back of the device is also a single primary camera with a LED flash seated below it.

We were glad to still see the device maintain the 3.5mm headphone jack as well as the  USB-C port. The new smartphone also comes with the responsive fingerprint sensor which is located on the back of the device.

The left-hand side of the new smartphone is occupied by the dedicated key for Google Assistant. You have just two color choices, the Black, and the Steel color option.

The Nokia 3.2 is not a camera-centric device and you can tell from the single camera it arrives with. The smartphone features a total number of two cameras, this is way smaller than the modern triple rear cameras.

Though the smartphone is not a camera-centric device, it still offers a decent shot with reasonable details. You can use the pictures for your social media activities, messaging and more.

When it all gets down to the performance, the Nokia 3.2 maintains an entry performance. The smartphone uses the Qualcomm SDM429 Snapdragon 429 chipset which can be easily outshined by rivals.

The Snapdragon 429 chipset is slower than the MediaTek P70 Soc and Snapdragon 660. It is barely enough for intense multitasking and the smooth performance of other activities. Other rival smartphones like Realme 3 and the Redmi Note 7 offer more performance and value for a lower asking price.

The Nokia 3.2 also arrive in two models, the 2GB RAM with 16GB ROM and the 3GB RAM with a 32GB storage. You can further expand the storages of the two models up to 400GB via the microSD card. The smartphone also uses the Adreno 504 which is in charge of gaming and graphics of the smartphone.

The Nokia 3.2 uses the Android One software which is based on the Android 9.0 (Pie). Though the device arrives with the stock Android, it still feels a little slow from the get-go. The device responded sluggishly when opening some Apps, though they didn’t crash.

The new device brings along an amazingly powerful battery which is actually a Non-removable Li-Ion 4000 mAh battery. The battery is a lot bigger than most flagship smartphones like the Samsung Galaxy S10 Plus (3,400mAh) among others.

Nokia boasted that the battery can offer two days of battery life just from a single charge. You wouldn’t find any Fast charging Tech out of the box and the bundled charger offers you from 0% to 100% in about two and a half hours.

The device is indeed a budget smartphone, though if you are the type that uses apps intensively, you might not find this device appealing.

Release date is not yet official, though we mentioned earlier, the smartphone will be released anywhere from around May or latest June.

The Nokia 3.2 is simply not the best smartphone within its range, as well as not the worst. If what you look out in a smartphone has to do with a big screen, longer battery life, above average camera, fast fingerprint scanner then the device is for you.

The smartphone is simply good at carrying out a simple task and not heavy intensive demanding tasks. For better performance, gaming, multiple app usage, and other intensive activities try another device.