The 5.5 inches new Nokia 5.1 offers a large screen, with a moderate battery life, solid snapper and a metal build that makes it look and feel superior and at a price that won’t make you break the bank. 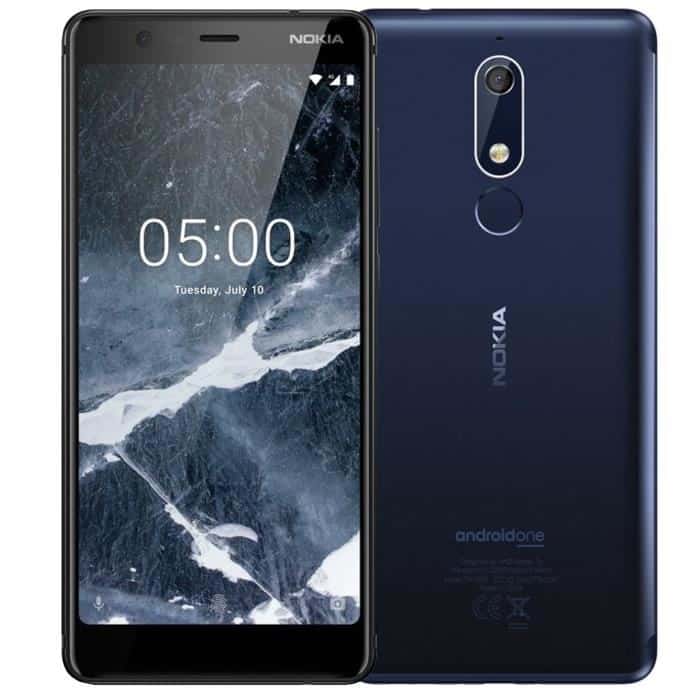 Nokia refers to this smartphone like the Nokia 5.1 because it replaces the 2017 Nokia 5, nevertheless we are not sure whether you will be able to see the decimal moniker at the shop shelves.

The 5.5 inches Nokia 5.1 offers a full metal body that is machined from a single block of 6000 series aluminum, it is actually sleek smooth and feels premium when you hold it in your hands.

At the back of the Nokia 5.1 is seated a fingerprint sensor that is not actually difficult to locate with your index finger, while the volume keys and the power button are located on the right side of this device.

The Nokia 5.1 is now slimmed down by 2mm compared to its predecessor, and this allows the smartphone to fit in and sit more comfortably in the hand. The Nokia 5.1 is not too overbearing with a 151.1mm x 70.73mm x 8.27mm.

The Nokia 5.1 has colored antenna bands that are at the bottom and top of the device, and it is well hidden on the tempered blue and black edition of the device, while it’s more obvious on the satin copper edition, which doesn’t seem that great.

Coming to the base of this device, you will find a micro USB port and a single speaker, while at the top of this device you will see a headphone jack that allows you to plug in the traditional kind of headphones without demanding for an adapter.

The Nokia 5.1 also features a bigger screen, with its 5.5-inch display and the 18:9 aspect ratio Which makes the screen actually taller, and providing you with more on-screen information and also taking your gaming and movie experience to a whole new level.

The screen resolution of the Nokia 5.1 has been increased, boasting a Full HD+ (2160 x 1080) concept that has resulted to a 443ppi pixel density, which simply means that the screen is clear, sharp and produces an amazing color.

Unlike the dual or triple trending flagship smartphone feature, the Nokia 5.1 arrives with just a single 16MP rear facing the camera and an 8MP front-facing selfie camera. 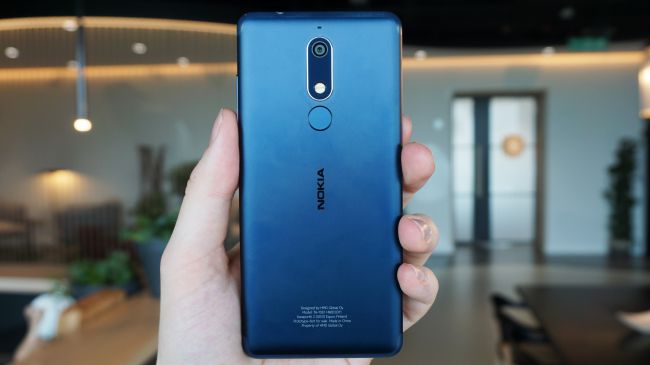 At the time we were reviewing this device, it wasn’t running final software, so we can’t actually make any comments on the final image product or quality, but we are sure it is a set up from the camera experience that the first Nokia offered.

The Nokia 5.1 features the Nokia ‘bothie’ mode that allows you to take pictures or video clips from the front or the back cameras simultaneously and putting them into a single video/image.

At the front of this smartphone is seated an 8MP camera AKA the selfie camera, which has an 84.6-degree wide-angle lens, that allows you add more of your friends into the shot.

The new Nokia 5.1 smartphone is powered by a MediaTek Helio P18 2GHz octa-core chipset, that offers you an additional 40% more performance than the chip that is inside the Nokia 5.

What this implies is that the Android 8.1 Oreo should run faster and smoother, and judging from our brief time with this smartphone (running non-final software) it actually seems to be the case.

During our test on the predecessor of the Nokia 5.1, which had an older MediaTek chipset, we were able to notice some sluggish load times. But we hope that this time around things is only going to get a lot better with the MediaTek Helio P18 2GHz octa-core chipset.

There are actually two versions of the Nokia 5.1, the first which is the cheapest 2GB RAM accompanied with a 16GB of storage option which I think is going to quickly get filled up with apps, photos, and games.

One good thing about the Nokia 5.1 storage option is that the device comes with a micoSD slot which allows you to expand the storage with an external MicroSD card up to 128GB. I know that is great, but if you want an all-around better experience then I suggest you subscribe to the 3GB RAM and 32GB storage option.

It’s good to know that the Nokia 5.1 is also a member of the Android One family, and this means you still get guaranteed software updates for 24 months (2 years), coupled with security updates that will last for three years and a stock Android experience.

There is yet another advantage of the Nokia 5.1 belonging to the Android One family, you will be entitled to an unlimited free photo/image storage on Google Photos.

The Nokia 5.1 comes with a 2,970mAh non-removable battery. Though we didn’t carry any special test on the battery life in other to actually get our own facts on how long the battery can carry a user, for me, the 2,970mAh battery in this device is a total let down since the predecessor already packs a 3,000mAh battery.

Nevertheless, Nokia released a statement that says the battery life in the Nokia 5.1 should be similar to that of its predecessor and it’s all thanks to the greater efficiencies from the chipset that is inside the Nokia 5.1. So, there is no need to panic.

The Nokia 5.1 has a superior look and feel that is coupled with an attractive price tag, this device also comes with features on the inside that can help it stand out even in the crowded low-cost market. Features like the fingerprint sensor that is located at the back of this device and its large screen that is provided to give you a whole new experience when you play games or watch that your favorite movie. For me, a trial wouldn’t harm anyone.