We are happy to introduce to you the Nokia 7.1, which is the latest Mid-range Smartphone launched by one of the top leading mobile producers from Europe, Nokia. 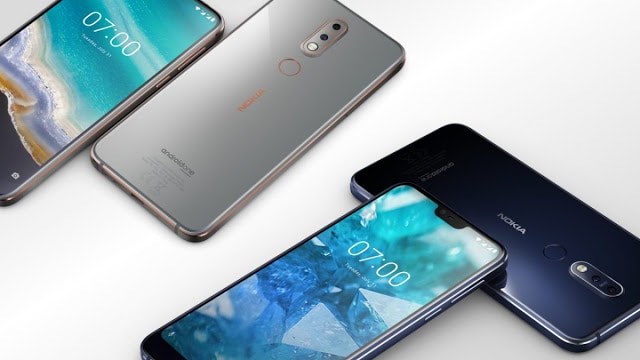 The Nokia 7.1. is a mid-range phone that was launched in October 2018. It comes with a Full HD screen of 5.84 inches Pure display with a 19:9 screen ratio and a protective Corning Gorilla Glass 3 in the front.

It houses a 5.84-inch screen with a ratio of 19:9 LCD display, which is quite okay for a device of this price. Nokia also employed a PureDisplay technology with few enhancements which rank this device as one of the leading mid-range phone screens.

There is a presence of a notch, just like the Nokia 6.1 Plus. The Nokia 7.1 houses a Qualcomm Snapdragon 636 processor, which is backed up by a 3GB RAM. The phone packs 32/64 GB of internal storage which can be expanded up to 400GB through the use of the microSD card

The PixelWorks chip on this device helps adjust contrast according to environmental conditions, (this is like Apple’s TrueTone technology) and it also enables the device to display HDR10 video and upgrade SDR to HDR.

The Nokia 7.1 has a similar appearance like the Nokia 6.1 Plus. The device features a 5.84-inch LCD at the front a 1080x2280px screen coupled with a notch seated on top of the screen which results to a 19:9 aspect ratio.

The display of this device has a high contrast of 1,000,000:1 dynamic contrast ratio, which is mainly for an LCD, and this simply means that blacks color are deep and colors are punchy. Nokia claims that the panel of this device will be great in bright light and all thanks go to its Adaptive mode.

Like the predecessor, the Nokia 7.1 feature glasses both on the back and front in addition to the aluminum in the middle which helps to give the device firmness. This device is finely curved in order to give you a smooth-feel when you hold it. The front of the Nokia 7.1. is covered with a Gorilla Glass 3.

The power button and volume are located on the right side of the phone and there’s a single speaker seated at the bottom. There is also a 3.5mm headphone jack, coupled with a USB-C jack.

Below the dual camera at the back of the Nokia 7.1 smartphone is seated a fingerprint scanner. Despite the smooth glass panel, this device does not support or feature a wireless charging technology. The Nokia 7.1 is sturdier than its predecessor. Nokia also touched the quality and integrity aspect of the Nokia 7.1, but I think all you need is just 5 minutes with the device to see everything for yourself.

The Nokia 7.1 houses two cameras at the back. ZEISS Optics optimized both lenses for great performance. The first which is the main sensor is 12 MP with f/1.8 aperture, while you get a 5 MP for the second sensor which is a monochrome shooter with f/2.4 aperture. The second camera is a depth sensor, which provides you with additional details when you take a photo. 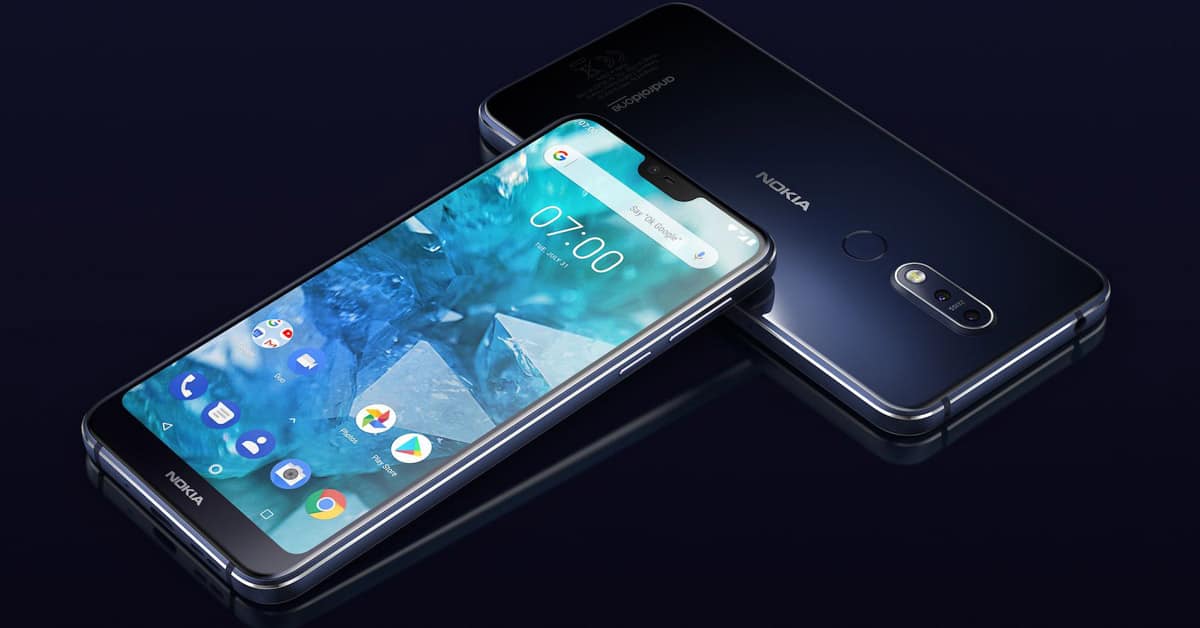 Finally, for the selfie lovers, this one is for you. Nokia includes their new Pro Camera Mode which helps for an additional control over the camera settings while remaining easy to access. The front-facing camera is 8 MP, it is AI-enhanced and still contains facial recognition.

The Nokia 7.1 is really great when it comes to its performance and considering it is a mid-range smartphone with a low cost too; it is actually one of the best of its kind. The Nokia 7.1 smartphone runs on a Qualcomm Snapdragon 636 processor, which is slightly different from the Snapdragon 660 found inside the 7 Plus.

The Nokia 7.1 also comes with a whopping 3GB or 4GB worth of RAM it all depends on the one you desire. The 3GB/4GB RAM is assisted with an internal storage of 32GB (OR 64GB) I would go for the larger version if I were in your shoes, and thankfully it can be expanded up to 400GB through a microSD card.

The Nokia 7.1. As the name implies is an upgraded device from the Nokia 7, but this time, it comes with an improved chipset and camera. But like the Nokia 7 and other Nokia models, the Nokia 7.1 also runs Android One operating system, which is currently based on Android Oreo, Nevertheless, HMD Global made a promise to upgrade it to Pie soon.
With the little time I have been able to spend with this device, it showed no speed or lag, but it was a totally Boxfresh smartphone.

The Nokia 7.1 has a battery life of 3,060mAh Non-Removable, which charges on a USB-C port. I know most people are worried, but you don’t have to be, because this device also comes with a 3.5mm headphone jack, that will allow you to breathe easily.

HMD’s latest Nokia smartphone, Nokia 7.1. is sold for $349. At least, the amount you get this mid-range phone is ok considering the few flagship-style touches that most people may be a fan of like a glass back and a notched display. Besides that, this device is claimed to be the hero of Nokia’s budget offerings

The Nokia 7.1 is a very nice device with touches of the 2018 mobile flagship features. Despite being very affordable, it still has everything necessary that is needed in a standard smartphone.

Apart from a few flaws recorded on about this device like the absent of OIS and other kinds of stuff you can still do without, this mid-range device is quite okay to meet your everyday demand. But, I strongly suggest you go through the specifications yourself to see if it is your kind of smartphone.